A Dangerously Biblical Way to Look at Those on the Other Side September 14, 2017 Josh Daffern

Now the homosexuals and transgenders were all gathering around to hear Jesus. But the evangelicals and church leaders muttered, “This man welcomes sinners and eats with them.” Luke 15:1-2, 21st Century Version

Recently I wrote a post that sparked a lively debate entitled “Do You Have to Be Heterosexual to Be a Christian?” (By the way, I fully believe how the church interacts with the LGBT community will be the defining issue for our church generation). As is often the case, there tends to be a lot more discussion on Facebook than even on the original article. After several days I got tagged in a comment thread on a post share of my original blog, and I was blown away with the length, depth and breadth of the comments.

The comment threads on that one share are probably ten times as long as the original post, and had everything from in-depth dissection of biblical passages to personal testimonies from those who have come out of homosexuality. But as I was reading through the comments, especially the ones with long biblical exposition (usually from Leviticus, always a go-to for these types of debates) justifying their position about why homosexuals cannot be Christians, the debate began to settle in along some pretty familiar lines.

What’s the balance between repentance and grace? What’s the balance between righteousness and mercy? Are some sins held to a higher standard than others? If you condemn the sin, are you being judgmental? If you embrace the sinner, are you deviating from the sexual morality proclaimed in the Bible? And that’s what these debates typically devolve into, splitting hairs to find that exact line behind which Christians can safely judge without being judgmental. We focus on the actions and we lose sight of the individual, and that’s the true deviation from Scripture.

In Luke 15:1-2, Luke records this: Now the tax collectors and sinners were all gathering around to hear Jesus. But the Pharisees and the teachers of the law muttered, “This man welcomes sinners and eats with them.” The religious leaders were appalled that Jesus would knowingly associate with so many unrepentant sinners. Their internal debates wouldn’t have been much different than the one I read on Facebook.

It’s not that much of a stretch to insert today’s issue into these verses, which would read something like this: Now the homosexuals and transgenders were all gathering around to hear Jesus. But the evangelicals and church leaders muttered, “This man welcomes sinners and eats with them.”

I would argue that when our arguments about homosexuality devolve into splitting hairs on the relationship between Old Testament Law (insert Levitical passages here) and New Testament grace, when we talk about how much judgment is permissible without being judgmental, we’re missing the point. We’re being the older brother, wanting to debate the merits of the sins. The whole point of Luke 15 is to reframe the conversation.

I have four kids. Let’s say one of my younger kids goes too fast on a bicycle and has a big crash on the driveway. They explicitly went against my advice, and now they’re suffering the consequences: damaged bike, scrapes and bruises mixed with tears and cries. I have every right to stand over them and remind them that I told them not to go so fast. It would also be a pertinent time to break out a bicycle safety book and read a few chapters to them. But I wouldn’t do that. You wouldn’t do that. What would I do? I would run to them and embrace them, blood and dirt and grime. When I embrace them, I’m not condoning their mistake or saying they were right, I’m just allowing my relationship to trump the rules that were broken.

That’s why Jesus embraced tax collectors and sinners, many of them still unrepentant. Those were children of his Heavenly Father, broken and hurting. In our current debates about the morality or immorality of homosexual acts, we’re forgetting what’s much bigger and much more important to our Heavenly Father: the gays, lesbians, bisexuals and transgenders themselves, children created in the image of their Heavenly Father.

So, if you want a dangerously biblical way to view those on the other side, instead of focusing on the merits of one particular sin over another, focus on the people, the hurts, the needs. It’s easy to stand on the sidelines and judge from a safe distance. It’s what the older brother did. It’s what the religious leaders did. It’s what religious people are still doing today (which is why I won’t sign the Nashville Statement on sexuality and gender). If you want to be more like Jesus, roll up your sleeves and embrace the messes. Don’t judge homosexuals, befriend them. Don’t wag your finger at the hurting, help them up. Don’t compromise your morals, just allow grace and the compassion that comes from our Heavenly Father to trump any known, blatant or unrepentant sin out there.

(By the way, aren’t you glad Jesus did that when he died on the cross for your known, blatant and unrepentant sins? #Boom #MicDrop #ExitStageLeft) 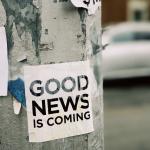 September 11, 2017
When Did 'Gospel' Become Southern Baptist Code for 'Holy Spirit'?
Next Post 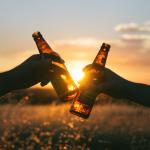 September 21, 2017 Jesus and the Kegger
Recent Comments
0 | Leave a Comment
"Here are the "Real" real reasons people turn to God:1. Fear of death and the ..."
Roger Morris 7 Real Reasons Why People Are ..."
"If we did not come to "temple," how else can we pay the 6 digit ..."
rudyschellekens 3 Ways “Temple” Thinking Still Infects ..."
"Josh, a perfect post -- it hits the epicenter of the core of the problem ..."
tovlogos 3 Ways “Temple” Thinking Still Infects ..."
"It is good to see that we are all alike, we feel the same feelings ..."
LuLu The Moment Everything I Thought I ..."
Browse Our Archives
get the latest from
New Wineskins
Sign up for our newsletter
POPULAR AT PATHEOS Evangelical
1