Are Evangelicals Guilty of Spiritual Abortion?

Sheath your knives for a moment before the daggers come out. And yes, I intentionally used the term ‘abortion’ to rile you up and hopefully make a powerful point. Abortion and the Pro-Life movement are at the very center of the evangelical identity, and for good reason. We (evangelicals) believe that every human life (from the moment of conception) is intrinsically valuable and worthy of living. In fact, we believe this so fundamentally that the issue of abortion influences how we politic and elect politicians. It’s a litmus test. You can waffle on a number of different issues but not that one. We’ll even elect a president with a number of possible red flags because we believe he’s the best shot to appoint justices that align with our belief on the sanctity of life. We’ll march outside of abortion clinics, fund adoption agencies and rewrite state laws in an attempt to make it as difficult as possible to obtain an abortion. When we’re motivated, Evangelicals can be incredibly resilient and determined. Abortion is just that important to Evangelicals, so accusing an Evangelical of anything associated with abortion is tantamount to accusing them of high crimes and treason.

Here’s the point behind this blog post: if Evangelicals showed even a fraction of the same resilience and same determination towards the eternal fate of the souls around us, wouldn’t our churches would be completely different? What if churches used the effectiveness of a pastor’s personal evangelism as a litmus test on whether or not they would lead the church? What if denominations rewrote rules and customs to begin to strengthen churches that actually reached people for Jesus rather than propping up churches that had no real intent to make a difference in the eternal destiny of their community? What if we made speeches and organized marches to rally Christians not towards a political cause but to highlight the spiritual need of the community?

Evangelicals are undeniably strong on the issue of abortion, but by our inactions we may be guilty of a far greater travesty: spiritual abortion. We’ll do whatever it takes to make sure that every baby is given a chance to live, but we don’t come close to doing whatever it takes to ensure that every born baby has the easiest road possible to heaven. We’ll put aside denominational differences for the issue of abortion, but we’ll reinforce the barricades between denominations when it comes to lostness and salvation. Our churches are dwindling, the next generation is walking away from the church at a cataclysmic rate, and our communities are blazing down the highway to hell. We care enough to occasionally feel bad about it, but not enough to radically reorient the way we do church to save as many lives as possible. For many, our preferences take precedence over the mission.

At the end of the day, what have we gained by ensuring life to every unborn child if we consign them to an eternity in hell because we’re more concerned with the comfort of the already saved then we’re broken by the lostness around us? Evangelicals can still make an impact on the state of Americans’ souls today, because they’ve shown an incredible determination to birth babies into this life. Now we just need to show the same determination to birth people into eternal life.

If we don’t, are we guilty of spiritual abortion? Or am I just being melodramatic? 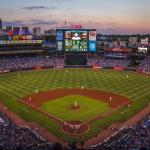 July 16, 2018
The Baseball Way to Make Disciples
Next Post 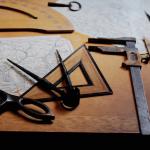 July 23, 2018 8 Areas of Your Church Worth Constantly Improving
Recent Comments
0 | Leave a Comment
"I agree the Last Supper was a " drop the mic" event. It was completely ..."
Jim Why the Apostles Should Have Walked ..."
"Outsiders read Leviticus 24:15-17 where God commands the Israelites to stone anyone to death who ..."
Bob Seidensticker 7 Ways to Reach the ‘Nones’ ..."
"Thank you Josh for this blog. I try not to read all of Patheos Blogs ..."
Bob Peacock The One Thing Everyone Seems to ..."
"What is tradition to one may be worship to another. We are apt to judge ..."
the old scribe 10 Toxic Traditions That Are Killing ..."
Browse Our Archives
get the latest from
Evangelical
Sign up for our newsletter
POPULAR AT PATHEOS Evangelical
1