Are We Living Like the Resurrection Never Happened? March 29, 2018 Josh Daffern

Two events changed me more than any others during my lifetime. One happened in June 2002 and the second happened in June 2007. In 2002 I got married to my gorgeous wife of fifteen years. What changed about my life after I got married? I don’t know . . . how about everything? For a person used to living on his own, sharing not just a house but a life with someone was a radical readjustment. I love my wife and I love being married, and marriage has completely transformed who I am. The second event happened in June 2007, and that’s when I became a dad for the first time. I thought there was nothing left to change after marriage, and then I became a parent! Who needs sleep? Who needs disposable income? Who needs free time? These two events: marriage and parenthood, have profoundly affected and altered me as a person, which is good, because that’s what they’re designed to do.

How odd would it be for me to be married to my wife but still act like I’m single? If I don’t share anything with my wife, if I went out and came home when I pleased, when every weekend was spent with my old single friends and not my wife, I would be acting like I was still single, which wouldn’t make for a good marriage. When we read in the news of a child who’s been neglected or harmed by a parent (typically young) who didn’t want to fully assume the responsibilities of parenthood, do we applaud them? Do we celebrate their ability to have a kid and then not act like a parent? No, parents who neglect and harm their children are vilified and rightfully so.

With all that as the setup, here’s the question I’ve been wrestling with this week: are we living like the resurrection of Jesus Christ never happened? It’s Easter season, and Christians from around the globe will be gathering to celebrate the holiest of Christian days, but in reality, in our daily lives, in our actions and lifestyles, are we living like the resurrection never happened? Do we neglect our relationship with God and only come to Him when we have our hand out wanting something? Are we living in known sin as if Jesus’ death and resurrection doesn’t demand our full obedience? Are we living in perpetual defeat and bondage as if Jesus’ resurrection didn’t free us from the power of sin and even the grave? Are we still trying to earn God’s forgiveness as if the cross didn’t secure us forgiveness once and for all? Are we living passionless, powerless, lifeless existences as if Jesus never gave the resurrecting power of the Holy Spirit to all who believe? We can celebrate Easter every single year, just like you can celebrate an anniversary or a birthday, but that doesn’t automatically mean you’ve allowed yourself to be transformed.

When you look at the state of Christianity in your church, in your town, in your country, I would make the argument that there is an uncomfortably close resemblance to the spouse who acts like they never got married or the parent who lives as if they never had kids. Pause for a moment this Easter and ask yourself this penetrating question: are you living like the resurrection of Jesus Christ never happened? 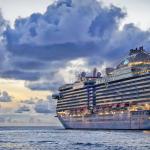 March 22, 2018
If You're Not "Being Fed" at Your Church, Maybe You're Approaching Church Wrong
Next Post 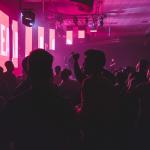 April 2, 2018 3 Reasons Why Your Easter Guests MIGHT Come Back Again This Sunday
Recent Comments
0 | Leave a Comment
"I agree the Last Supper was a " drop the mic" event. It was completely ..."
Jim Why the Apostles Should Have Walked ..."
"Outsiders read Leviticus 24:15-17 where God commands the Israelites to stone anyone to death who ..."
Bob Seidensticker 7 Ways to Reach the ‘Nones’ ..."
"Thank you Josh for this blog. I try not to read all of Patheos Blogs ..."
Bob Peacock The One Thing Everyone Seems to ..."
"What is tradition to one may be worship to another. We are apt to judge ..."
the old scribe 10 Toxic Traditions That Are Killing ..."
Browse Our Archives
get the latest from
Evangelical
Sign up for our newsletter
POPULAR AT PATHEOS Evangelical
1