Belief in the Bible Just Hit an All-Time Low: Why This Doesn’t Have to Be a Harbinger of Doom

Belief in the Bible Just Hit an All-Time Low: Why This Doesn’t Have to Be a Harbinger of Doom May 18, 2017 Josh Daffern

The most recent Gallup poll recorded a new low in belief in the Bible. Per their report, “Fewer than one in four Americans (24%) now believe the Bible is ‘the actual word of God, and is to be taken literally, word for word,’ similar to the 26% who view it as ‘a book of fables, legends, history and moral precepts recorded by man.’ This is the first time in Gallup’s four-decade trend that biblical literalism has not surpassed biblical skepticism.” A relatively unchanging amount 47% land somewhere in the middle.

Understandably, this will cause angst in the minds of most believers, but it doesn’t have to. The natural reaction of pastors and seminaries will be to double down on a defense of the Bible from start to finish. The tragedy is that this shouldn’t be the highest priority. The rising skepticism of the Bible shouldn’t surprise us, as Christianity in America has been on a steady decline in influence over the past several decades. In short, we haven’t been successful at evangelism, so we shouldn’t act shocked that more and more people are outright rejecting belief in the Bible.

Yet this doesn’t have to be a harbinger of doom. As I’ve written before in previous posts (Must One Believe in the Infallibility of the Bible in Order to Be a Christian?), belief in all the Bible isn’t a prerequisite for salvation. If St. Peter really is at pearly gates as a heavenly bouncer, he’s not going to be checking on whether people fully accepted the literalness of the worldwide flood as recorded in Genesis. The Old Testament gives us a treasure trove of God’s activity on earth and shines a powerful spotlight onto the nature and character of God, but the Old Testament doesn’t save us. The New Testament is a collection of writings and narratives that point to one person: Jesus Christ. That’s what St. Peter is going to be checking for: our belief in Jesus Christ.

The early church did some of its greatest work in the 400 years prior to the canonized Bible as we have it today. Belief in a book didn’t save the earliest Christians (nor does it save people today). Belief in Jesus and Jesus alone saves us. The Holy Bible points us to Jesus, therefore it has incredible value and authority in our lives. But the Bible is a means, not the end. The Bible points us to salvation, but a collection of inspired writings did not die on the cross for our sins.

So if a growing number of people question the validity of the Old Testament narratives, that’s not a deal breaker. Focus on Jesus. Focus on the historicity of the Gospels as eyewitness accounts. Belief in the person and resurrection of Jesus is the only thing that ultimately matters. Everything else is secondary. 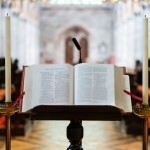 May 12, 2017
Must One Believe in the Infallibility of the Bible in Order to be a Christian?
Next Post 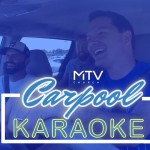 May 22, 2017 Is it a Sin to Have Too Much Fun at Church?
Recent Comments
0 | Leave a Comment
"I agree the Last Supper was a " drop the mic" event. It was completely ..."
Jim Why the Apostles Should Have Walked ..."
"Outsiders read Leviticus 24:15-17 where God commands the Israelites to stone anyone to death who ..."
Bob Seidensticker 7 Ways to Reach the ‘Nones’ ..."
"Thank you Josh for this blog. I try not to read all of Patheos Blogs ..."
Bob Peacock The One Thing Everyone Seems to ..."
"What is tradition to one may be worship to another. We are apt to judge ..."
the old scribe 10 Toxic Traditions That Are Killing ..."
Browse Our Archives
get the latest from
Evangelical
Sign up for our newsletter
POPULAR AT PATHEOS Evangelical
1