Why We’re That Church That’s Canceling Services on Christmas

Hold off with the pitchforks and burning crosses for a moment. Let’s talk. Churches are in a quandary this year, as Christmas falls on a Sunday. Because of the high amount of travel and family nature of this special day, churches are asking themselves: do we still have Sunday services on Christmas Day? The few blog posts I’ve read so far unequivocally say ‘yes,’ and either subliminally or outrightly dare anyone else to cross this imaginary line of heresy. I guess it makes some feel better to puff their chests and look down at the lesser than’s that caved to society and compromised the gospel by canceling services.

Well, here’s the counter argument. Here’s the other perspective. Here’s why our church is canceling services this Christmas day. It’s not because our theology is liberal (we’re more conservative than most). It’s not because our church is dying (we’ve baptized close to 50 people this year and we’re baptizing two more next Sunday). And it’s not just because it’s the rebellious thing to do. We are different, but we’re different on purpose. Here’s why we’re canceling services on Christmas day:

1. We traditionally give our church the last Sunday of the calendar year off. Our tradition is to give our church one Sunday off a year, the Sunday between Christmas and New Year’s. Traditions aren’t necessarily a bad thing, as long as they don’t become everything. Traditions are meant to serve you, not strangle you (that’s tweetable right there).

We give our folks one Sunday off because we believe in the Sabbath. We’re a volunteer heavy church. We don’t just have a few key volunteers. We find a place for everyone. We ask everyone to attend service for one hour and serve one hour on Sunday mornings (and attend a LifeGroup during the week). Because we ask so much, we take one Sunday off as a way to honor them, to give them a rest, to let them know that we don’t take their service for granted. It also has the benefit of resting and recharging them for January, which is always a high attendance month. We want our folks fired up and ready to go come January, not wore out and on fumes. Canceling church on a traditionally low attended Sunday has benefitted us greatly in that respect, and this year the last Sunday of the year is December 25.

2. We’re holding multiple Christmas Eve services. Obviously celebrating Christ’s birth during the time associated with it is an opportunity for spiritual impact. Although we don’t know when he was born and most scholars agree it probably wasn’t December 25, the Christmas season is an opportunity that shouldn’t be squandered. So we’re not. One of the highest attended services of the year is not Christmas day but Christmas Eve, which this year falls on a Saturday. So we’re leveraging that high attendance event to present the hope of the gospel in Jesus. Because it is a tradition but not a biblical mandate to meet every single Sunday morning (that would be awkward for all the Saturday night services out there), we’re not going to guilt our church into showing up 12 hours after Christmas Eve services for another round. Our celebration and remembrance happened on Christmas Eve. We don’t feel it’s necessary to show up again the next day just to say we did.

3. We want to be as pro family as possible. One blog post I read suggested that if churches cancel services on Christmas and use the excuse of family time that it would be making family an idol. Well, when you throw in a nice buzzword like ‘idol,’ no one wants to do that. But what’s the idol in that scenario: family (ordained by God starting in Genesis 2) or a worship service held in a bricks and mortar building (a Christian tradition for centuries on end)? The family is the first institution created by God, before government, before nations, before religion itself. We can trace the majority of the ills of society to a break down of the family unit.

So as a church we’ve decided to be as pro family as possible. That means we don’t clutter our calendar with programs just to day we did. We want to leave time for families to be together. That means we have programs where families can interact together and not immediately separate into their different age groups upon entering the church building. And it means we honor the quality family time that happens on Christmas morning. Lord knows families don’t spend enough time together. I believe it honors God just as much for families to be together at home on Christmas morning as it does for them to load up the car and attend a service in a brick and mortar building that we think is the church (come on now, we know the church isn’t a building, don’t we)? Family time is increasingly scarce these days. Christmas morning is one of the few days left, and we want to honor it, because we want to honor the family unit.

So, that’s why we’re canceling services on Christmas day. We’re not doing it simply to thumb our nose at church tradition or to ‘stick it to the man’ (which would be Jesus I guess in this scenario and highly unadvisable). We’re doing it for very specific (and we would argue meaningful) reasons. If you want to hold services on Christmas morning, rock them out. But there’s no need to judge those who hold a different opinion. We’re all on the same team here. 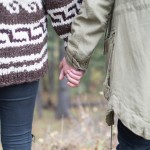 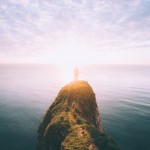 December 8, 2016 5 Worship Songs That Are Teaching Me About the Holy Spirit
Recent Comments
0 | Leave a Comment
"I agree the Last Supper was a " drop the mic" event. It was completely ..."
Jim Why the Apostles Should Have Walked ..."
"Outsiders read Leviticus 24:15-17 where God commands the Israelites to stone anyone to death who ..."
Bob Seidensticker 7 Ways to Reach the ‘Nones’ ..."
"Thank you Josh for this blog. I try not to read all of Patheos Blogs ..."
Bob Peacock The One Thing Everyone Seems to ..."
"What is tradition to one may be worship to another. We are apt to judge ..."
the old scribe 10 Toxic Traditions That Are Killing ..."
Browse Our Archives
get the latest from
Evangelical
Sign up for our newsletter
POPULAR AT PATHEOS Evangelical
1