My fellow Patheos blog Chorus in the Chaos recently released a brutal takedown of megachurch pastor Steven Furtick, labeling him the most dangerous kind of false teacher, declaring that he is unsaved (but one day might be saved), and that all of the tens of thousands in his church and hundreds of thousands that gain inspiration from him online need to flee him lest they follow him down the road to hell. It is a vicious attack against a well known face of evangelical Christianity, and one that I believe is uncalled for, thus this blog response. To be clear, this blog isn’t a defense of all-things Steven Furtick. There are aspects of his preaching style that I could take issue with (just as anyone who would watch my preaching long enough would find critiques of my preaching style). But if I’m also brutally honest, some of that disapproval is driven by simple jealousy. Furtick has an oratorical ability and a public platform that most preachers would kill for. When we begin to unequivocally take down other preachers, we have to seriously consider our underlying motives for such a public rebuke. When we denounce anyone who does not fit within our narrow slice of Christian identity, we’re doing the devil’s work of dividing the church for him.

Steven Furtick has long been a bane to the Evangelical church on the basis of his own self-admission: he’s unqualified for the pastorate. On what basis is he speaking for the entire Evangelical world in declaring Steven Furtick is a bane to our world? The author was never appointed as our spokesperson and is out of his authority to make a declarative statement for hundreds of millions of Christians.

He’s unqualified for the pastorate. He literally wrote the book on it in response to MacArthur’s one word answer when asked what his thoughts were on Furtick . . . The issue here stems from the fact that Steven Furtick is not qualified to teach in any capacity, nor does he heed the harsh warnings for teachers. With respect to this, one can only conclude he willingly embraces his role as a false teacher.  Steven Furtick is “unqualified” for the pastorate in the same way that Paul was unqualified as the chief of sinners (1 Timothy 1:15). If the chief of sinners could write Scripture, then why should Furtick be disqualified from the ministry? And yes, Furtick literally wrote a book called Unqualified, but understanding even a hint of the context of that book would lead you to conclude that Furtick believes God can use him despite his unqualifications, much like God used numerous unqualified sinners throughout the pages of Scripture.

If he is genuinely in Christ, the best he has to hope for on this trajectory is to be saved, but only as one being snatched from the fire; he will lose all he has built (1 Cor. 3:15). The author might be comfortable to make definitive statements about other’s salvation, but it’s a bit too Pharisaical for me.

He is not the most obviously damning teacher, but he surely is one I’d say is the most cunning in his deception of the flock. If super soakers, Lego props, and the like were not clues enough – surely, the words of his mouth will serve as ample witness. No, super soakers and Lego props are not clues enough. So he uses object lessons. How is that literally any different than Jesus telling stories about a woman looking for a lost coin or a farmer sowing seed in the field? Many scholars believe that when Jesus used the phrase “city on a hill” (Matthew 5:14) he was referencing one of the many Jewish cities on a literal hill. Jesus used object lessons, and he was very much qualified to teach.

The above arguments (as shown by my responses) I believe unnecessarily detract from the crux of his argument, his issue with a statement Furtick recently made in a sermon:

In a recent sermon by Steven Furtick, he proclaims:

“The power of God was in Jesus, the healing power of God, the restoring power of God, the same power that made demons flee was in Nazareth, but Jesus could not release it. Because it was trapped in their unbelief. And there’s one thing that even Jesus can’t do. One thing that even the son of God can’t do. Even Jesus cannot override your unbelief. I see y’all looking at me like, ‘Is that true? I thought He could do anything.’ It said, ‘He could not.’ He wanted to. He was prepared to. He was able to. The power of God was in Nazareth, but it was trapped in their perspective.”

So why do I find this so particularly dangerous? I think the author is right to take issue with this statement by Furtick. I would take issue with it as well. The author does a good job going into the original Greek syntax to explain that a better translation of that would be “Jesus would not” rather than “Jesus could not.” I think the exegesis done by the author on this phrase is sound and helpful.

But I think the overall takedown of Steven Furtick and declaration that he is an unsaved false teacher willingly leading tens of thousands of people to hell is unwarranted and unnecessary. Show me the sermon clip where Furtick declares that there is another path to salvation other than Jesus. Show me the clip where Furtick declares that it is our works that save us, not our faith. That would be enough to declare him a false teacher. You can’t find those because Furtick doesn’t preach that. Steven Furtick is not a false teacher. A preacher that I might occasionally take issue with? Sure. But he’s a brother in Christ doing his best through his weakness and ‘unqualification’ to point people to Jesus. This sermon portion of Furtick highlighted by the author is worth taking issue with, nothing more. 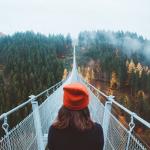 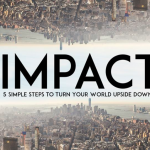 September 3, 2018 5 Simple Steps to Turn Your World Upside Down
Recent Comments
0 | Leave a Comment
Browse Our Archives
get the latest from
Evangelical
Sign up for our newsletter
POPULAR AT PATHEOS Evangelical
1