Denying the Resurrection of Jesus is Like Denying the American Revolution

Denying the Resurrection of Jesus is Like Denying the American Revolution April 23, 2019 Josh Daffern

Back at the end of January, my 9-year-old son and I got to drive down to Richmond, VA and I gave the opening prayer for the Virginia House of Delegates. It was a pretty neat experience. Now, I thought my son would be super impressed, I’d be a big shot, but when I finished my prayer, he didn’t tell me how awesome my prayer was. He wanted to know about something else. He wanted to know about the huge mace that was presented at the start of the legislative session.

The history of this mace goes all the way back to 1700 when Virginia was a colony of England. It was given by the royal governor to the House of Burgesses. Now, the mace has changed over the last 319 years, but I thought it was fascinating that the Commonwealth of Virginia in the United States of America starts its House of Delegates meeting with a mace that symbolizes when it used to be a colony of England.

What if I started paying all of my taxes to England because I believed I was a citizen of Great Britain? Do you think the Internal Revenue Service just down the road would have a problem with that? What if I started driving on the left side of the road because that’s how everyone in England drives? Do you think anyone in Northern Virginia would have an issue with me driving on the left side of the road? It doesn’t make any sense to live like the history of the American Revolution never happened. 1776 did happen, and we have to adjust our lives to the reality that past events actually happened.

I’ve got a lot of respect for Britain, I’m grateful for James Bond, the Beatles and fish and chips. But Virginia is a part of the United States of America because the American Revolution of 1776 happened. That’s why all of us are going to drive today on the right side of the road, not the left side. Just like the American Revolution of 1776 happened, Jesus of Nazareth died by Roman crucifixion and rose from the dead three days later. It’s what Christians celebrate every Easter. And because of the resurrection of Jesus, we can believe, we can rejoice, and we can change the world. 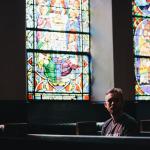 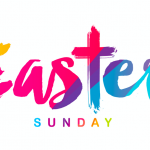 April 25, 2019 3 Ways the Resurrection of Jesus Should Change Us
Recent Comments
0 | Leave a Comment
Browse Our Archives
get the latest from
Evangelical
Sign up for our newsletter
POPULAR AT PATHEOS Evangelical
1