Why the End of the World Will Look Like the Clemson vs. Alabama National Championship Game 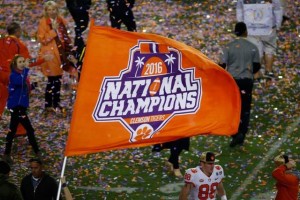 For most, the end of the world is in the distant future. Since I live 45 minutes from Tuscaloosa, Alabama, I guess the end of the world feels pretty close to home for my Bama brethren. But watching the epic national championship game between two heavyweights that will go down as an all-time classic, I was reminded of how the eventual outcome of that game will mirror the end of time. (Go ahead and stop reading now if you’re a Bama fan, because I’m equating Clemson with the church and Alabama with the forces of the enemy. If you’re mad about that, I’m not the one that let Clemson score three touchdowns in the fourth quarter.)

Although Clemson was getting some love late in the build-up, Alabama remained the odds-on favorite to win, an unstoppable behemoth. Through the first three quarters of play, Alabama proved just that. If you look only at the final score, you wouldn’t know that Alabama had the lead up until the last four minutes of the game, and then took the lead once more after that before losing literally in the last second. This was Alabama’s game from start till almost finish. Clemson didn’t dominate the game so much as hang around. But sometimes that’s all you need. With a flurry of fourth quarter heroics and a late game surge that pushed them over the top, Clemson conquered the behemoth of Alabama and came home with the national championship in college football.

So, how does that translate to the end of the world? Well (apologies once again), we’re through three quarters of play, maybe even halfway through the fourth quarter in world history time, and up until this point, it’s been Bama’s game. After an initial explosion of growth in the first few centuries, Christianity went dark in the Dark Ages, resurfaced for a flurry of halftime action in the Reformation, and now we seem to be getting worn down by the end of the third quarter. Over the past few decades, mankind has progressed to the point where it seems like we don’t need God anymore. Technology and progress are the new gods. Religious faith is openly mocked as backwards and archaic. Christianity is seen as quaint and outdated. The arrow doesn’t seem to be trending in the right direction for Christianity in America.

And yet, thanks to the book of Revelation, we already know how this game finishes. The blackest of nights will shine forth into the most brilliant of days. Like catching the game winning touchdown with one second left on the clock, Jesus will return triumphantly at the end of time as the conquering hero to take his rightful place. The enemy will be defeated and we will be crowned as co-champions with our Savior. Truly this game called human history will go down as an all-time classic, but never doubt the outcome. Wait for the dramatic entrance with one second left on the clock.

As the church, it’s time for our late fourth quarter surge. It’s time for us to wake up, to rise up, to shake of the cobwebs of slothfulness and complacency and start making break out plays. Right now we’re behind in the score, but we’re still in this thing. Let’s awake and realize our full potential. We are the ultimate champions in this game called history. Let’s start playing like it. 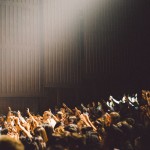 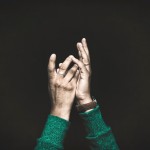 January 18, 2017 Why Praying For Revival Isn't As Spiritual As It Sounds
Recent Comments
0 | Leave a Comment
Browse Our Archives
Follow Us!

Nationalism . . . and Covid-19
Lately I have been re-reading Benedict Anderson’s classic, Imagined Community: Reflections on...
view all Evangelical blogs
What Are Your Thoughts?leave a comment
Copyright 2008-2020, Patheos. All rights reserved.