How the Poorest Christians I Ever Met Wrecked Everything I Knew About Happiness October 22, 2018 Josh Daffern

On a mission trip to a third-world country, I experienced something that honestly made me angry. The year was 2000, I was fresh out of college serving as a missionary through the International Mission Board in Botswana, Africa. Botswana wasn’t really a third-world country, but Mozambique was. Mozambique is near Botswana and during the first few months of 2000 it experienced historic floods. The entire southern portion of Africa was drenched with rains, and the problem is all the rivers on that part of the continent flow out through Mozambique.

Over 700 people died in the floods, children were literally swept away by the currents, helicopters from neighboring South Africa were airlifting women who were giving birth in trees because there was no solid ground underneath. It was a genuine humanitarian crisis. The UN and Red Cross were there instantly, and I went with the second wave. We were there to distribute not food but seed for their fields. In the midst of this flooding not only were lives lost, but thousands of livestock and thousands of acres of crops, crops that were the only thing between many of the people and starvation. So we went to distribute seed to the people, and it was a surreal experience, even for me, having already lived in Africa for a year.

We stayed there a little over a week, and here’s where I started getting angry. We basically camped out, the kids had no access to doctors, little to no real education. The women were walking a few miles to go get dirty water from ponds that weren’t even clean. I had never encountered that level of poverty before. They literally had nothing.

And then on Sunday we went to a building they called a church. You couldn’t really call it a building. It was a bunch of sticks tied up for the walls, straw on the roof, a dirt floor and stumps to sit on (if you were lucky). We crammed inside of that room and had church, and they were happy. That’s what made me angry: they were legitimately happy. Not just inside church. The Christians I encountered all week were legitimately happy, in fact they were happier than me.

Looking back, the real reason I was angry was because their happiness brought my unhappiness out of the shadows into the harsh light of day. Born and raised in America, I had naturally grown up with the idea that money equals happiness, and that the more you get, the happier you’ll be. It was the poorest Christians I’d ever encountered in the country of Mozambique that showed me that I had it all wrong. Money has nothing to do with true happiness, and it never has. 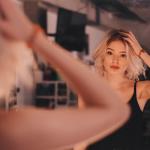 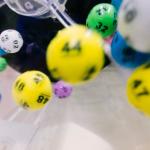 October 24, 2018 To Everyone With a Mild Sense of Depression Because You Didn't Win the Mega Millions Lottery
Recent Comments
0 | Leave a Comment
Browse Our Archives
get the latest from
Evangelical
Sign up for our newsletter
POPULAR AT PATHEOS Evangelical
1