If You Were at the Party at Matthew’s House, Would You Be Inside Partying or Outside Judging?

If You Were at the Party at Matthew’s House, Would You Be Inside Partying or Outside Judging? March 6, 2019 Josh Daffern

If you read the gospel of Matthew, you’ll see that John the Baptist and Jesus both came out swinging against the Pharisees. Why? Well, Matthew 9 gives us an idea of how the Pharisees had shifted and twisted from their laudable beginnings:

As Jesus went on from there, he saw a man named Matthew sitting at the tax collector’s booth. “Follow me,” he told him, and Matthew got up and followed him. Matthew 9:9

Let’s stop just for a moment and understand how scandalous this was. We have the IRS today, I know no one loves handing their money over to the government but many folks have jobs because of the federal government, so everyone has to play their part.

In first century Jewish society, tax collectors were especially hated. No one democratically elected the Roman government, it was against their will. They couldn’t necessarily protest against the Roman soldiers, because they would likely be imprisoned or kill. So they had to take that hatred out somewhere and on someone.

And that someone was the tax collectors, Jews who sold out their own people to work for the Romans. Tax collectors were notorious for extorting the people and taking more than they needed and skimming off the top for themselves. They were enemy number one for the people, and here Jesus went and called one to be his disciple. It was scandalous!

If you want to feel the angst the people must have felt, it would be like if a conservative evangelical pastor began associating with a known leader in the LGBT movement or the pro-choice movement. Do you think any eyebrows would be raised by religious folks today?

So who protested? The Pharisees.

In the minds of the Pharisees, hanging out with the unrighteous was a blatant endorsement or condoning of their lifestyle. How could someone who claimed to be righteous like Jesus hang out with tax collectors and sinners? And we don’t get the idea from the text that Jesus was with them to judge them and preach at them and condemn them and threaten their souls with hell. He was having dinner with them!

So today, if you could take a modern American church back to Matthew 9 when Jesus hung out with people who were scandalous to be around, would more churches be on the inside with Jesus or on the outside judging and condemning? Is anyone else uncomfortable? I know I am, because when I start to dig into it I see too much of myself and the churches I grew up in landing on the side of the Pharisees, not Jesus.

It absolutely infuriated the Pharisees that Jesus would willingly associate with people who were sinners. But Jesus did it anyways, and he did it in a way that didn’t compromise what he believed. Jesus liked people that were nothing like him, and people who were nothing like Jesus liked Jesus. Most churches today have chosen a different way. Should it be at all surprising why people are walking away from the church in record numbers? 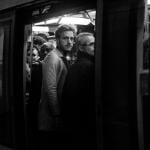 March 4, 2019
Why It's a Mistake to Cast the Pharisees as the "Klingons" of the New Testament
Next Post 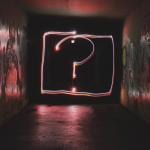