An Oversimplified Reason Why So Many Southern Baptist Churches Are Dying

An Oversimplified Reason Why So Many Southern Baptist Churches Are Dying June 13, 2017 Josh Daffern

Now that I’ve been blogging for several years, I’m seeing the same themes crop up again and again. Every June I end up writing a couple of pieces on the decline of the Southern Baptist Convention (the denomination I grew up in and still call my own). Every June our general convention is held and every June our statistics come out that remind us that we’re shrinking, giving less, baptizing less. This year is no different. Southern Baptists are baptizing less than the year before, which was less that the year before, which was less than the year before, you get the picture. Long story short: we’re in big trouble, especially since we’ve got enough financial capital and property to keep us alive on machines long after life has left the body.

In my own spiritual journey over the past several years, God has convicted me on one truth over and over again. I believe this applies to me, to my church, to my denomination, and to evangelical Christianity in America as a whole. I believe this is an oversimplified reason why so many churches are dying. I intentionally use the word ‘oversimplified’ because I know there are a myriad of reasons why churches are dying, some of which are completely outside of our control. But if I had to pin that jello on the wall and give you one dominant reason why so many churches are dying, here’s my deep conviction: we’ve removed the Holy Spirit from our churches.

Just saying that name can cause a Southern Baptist to cringe. The Holy Spirit is the realm of our pentecostal and charismatic brethren, the ones we not-so-subtly judge from afar. And yes, there are abuses, but by focusing on the extremes we lose sight of the fact that the charismatic movement has been growing for the past century while evangelicals in general have been declining.

In Southern Baptist churches I grew up in, we didn’t talk about the Holy Spirit. We didn’t necessarily need the Holy Spirit. We had the Bible. But the Bible is no substitute for the Holy Spirit. Now, before you start throwing liberal labels in my direction, go back and read some of my earlier posts and you’ll know I fully believe in the inspiration and inerrancy of the Scriptures. But the Bible is no substitute for the Holy Spirit. The Bible is meant to point us to Him, not substitute for His presence in our lives and in our midst. As great as the Bible is, the Bible did not die on the cross for our sins. The Bible did not rise from the dead on the third day. Jesus did not promise to give us a Bible as a counselor, a guide, his spirit to live within us. Heck, the early church didn’t even have the canonized Bible as currently constructed until 300 years of church history had gone by. All they did during that time was see the most explosive growth our religion has ever seen.

If we loved the Holy Spirit as much as we loved our Bibles, I fully believe we wouldn’t be fretting about declining numbers. If we listened to the Holy Spirit as much as we listen to people talking about the Bible, we’d be in a completely different place. If we actually obeyed the instructions of the New Testament, which talk about the Spirit on almost every page, we wouldn’t be where we are. And don’t twist this into me saying we need to ditch the Bible. By no means! I’m saying love the Bible and allow the Spirit to move in and lead our churches. I’m saying obey the Bible and the biblical example of Acts where the Holy Spirit was the driving force behind the church.

Think of a church like a car. The church members are the body, the headlights, the wheels, etc. The Bible is the steering wheel, the boundaries from within which we’re free to move. The Holy Spirit is the gas and the engine. We’ve got too many churches that are beautiful, well-maintained and spotless but haven’t moved anywhere in decades because we took the engine out. That’s an oversimplified reason why so many Southern Baptist churches are dying. 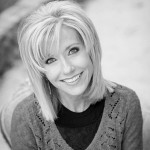 June 6, 2017
If You Want to Break Up With Beth Moore, Pick a Better Reason
Next Post

June 13, 2017 How to Build a Championship Dynasty Like the Warriors in Today's Church
Recent Comments
0 | Leave a Comment
"What?"
Colleen 10 Toxic Traditions That Are Killing ..."
"You discount belief in the Bible on the basis of an explanation that I find ..."
John Brewster 10 Toxic Traditions That Are Killing ..."
"i wish we could save such great words like this! At one time I could ..."
Carl Noble Why Can Christians Hope to See ..."
"Yes, exactly. Thank you."
Karen Silver A Little Known Reason Why Judas ..."
Browse Our Archives
get the latest from
Evangelical
Sign up for our newsletter
POPULAR AT PATHEOS Evangelical
1