10 Toxic Traditions That Are Killing the Church

One hundred years ago, heroin, cocaine and meth were not only street legal but prescribed by doctors for a variety of ailments (my favorite is heroin being marketed as a cough suppressant). It was only later that we realized that these drug habits were doing far more harm than good. In the same way, there are habits and traditions within the church that are doing more harm than good, obstructing our ultimate objective of making disciples of all nations (Matthew 28:19). Here are ten of the biggest culprits:

1). We see the church as a building and not the people. If when I say the word ‘church’ you immediately think of a location and a building, that’s a toxic tradition. The church has never been the building. It’s always been the people. Why is this tradition toxic? Too many churches think that if they have the building paid off and enough money to pay the light bill, they can have church. When you think of church as a location, it tempts you to act holy inside a building but then do whatever you want outside of it, because you’re not ‘in church.’ If we understood that the church is the people, then it forces us to put more value on people then we do on buildings. And that doesn’t always happen. Too often buildings and architecture come before people. Early in ministry I had a sweet group of little old ladies that would come into the sanctuary on Thursday mornings after we had our big youth outreach the night before. They were looking for scuff marks on the pew that they could charge me for. For them, was the church the building, not the people.

2). Making church services something we endure rather than enjoy. For some reason we’ve gotten it into our heads that church isn’t church unless your bored, that if you enjoy church too much, you’re probably sinning, because church is supposed to be endured rather than enjoyed. That if, God forbid, guests have such an enjoyable experience that they actually want to come back and find out more about God the following, that that somehow doesn’t honor God. Boring people and making church and endurance contest doesn’t glorify God. Seeing a place filled with lost sheep looking for their way home brings glory to God. And lost sheep won’t come back if we make something they have to endure rather than enjoy.

3). Focusing on our outward appearances rather than the inward state of our hearts. Yeah, let’s go there. This one’s tough because I completely understand where both sides are coming from. I was talking with a lady the other day who said she’d like to come to our church but she wishes we would all dress up more because that’s how she was raised and it’s disrespectful not to dress up. That’s the tradition: when you dress up, you show respect to God. There’s nothing wrong with that. But what’s happened over time, and why many churches (including mine) intentionally dress casually, is that dressing up became a way to but on your religious uniform for a few hours a week. Like when you go to work: if you wear a uniform, you’re on the clock, then you can be you off the clock. For too long, people have seen Christians who dress up and act Christian when they’re on the clock inside the church building but then be mean and spiteful and hypocritical the rest of the week. So, to outsiders, dressing up doesn’t bring up the idea of respect so much as it does the idea of hypocrisy, which is why dressing up for church doesn’t mean what it used to mean. And by the way, God ultimately looks at the heart, not how we dress. You can be respectful without dressing up, and you can be prideful and arrogant in your best three-piece suit, and the other way around.

4). Praying ceremonial rather than Kingdom prayers. By how we pray I simply mean that we’ve turned prayers into something that are purely ceremonial, at home and at church. We say a quick ceremonial prayer before meals, before bed with our kids, once or twice during the service, and that’s it. We’ve lost the passion of intercessory prayers, of kingdom prayers. When’s the last time we’ve diligently prayed that our neighbors come to Jesus? When’s the last time we’ve waited together on the Lord in prayer? Our prayers are too ceremonial, and we’re too guilty of that in our churches. This tradition becomes toxic because without prayer we don’t have the power of God to see our community changed.

5). Reducing discipleship down to more head knowledge. For years discipleship (growing in your faith) has been one thing only: more Bible knowledge. If you want to become a stronger Christian, learn more Bible, go to another Bible study. Now, here me: studying the Bible is great. I’ve done it for years and plan on doing it the rest of my life, but who were the people in the New Testament that knew the Old Testament Law the most? The Pharisees, the very people Jesus rebelled against. If we reduce discipleship down to more Bible knowledge without obedience, community, evangelism, serving and everything else, all we’re doing is training up and unleashing modern-day Pharisees on the world, and we’ve seen where that’s gotten us. 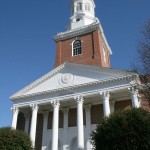 June 20, 2017
The Sad Reality of the Southern Baptist Convention and the Alt-Right Condemnation
Next Post 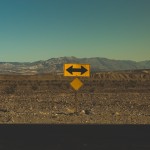 June 26, 2017 Three Problems in the Church That Should Never Ever Be Solved
Recent Comments
0 | Leave a Comment
"GK Chesterton the British philosopher, talks about how "man has an innate desire to worship, ..."
Frank Holzhauser 6 Reasons Why the ‘Nones’ Are ..."
"My guess is that most of the "traditions" mentioned in this article are not very ..."
Gerald Arcuri 10 Toxic Traditions That Are Killing ..."
"I don't know Josh Daffern but I feel as if we have met many times. ..."
Glenn Harrell 10 Toxic Traditions That Are Killing ..."
"I would not say better, but a viable option. For some people, it may be ..."
Bob 9 Reasons Why Online Groups May ..."
Browse Our Archives
Related posts from New Wineskins