The Art of the Switch: One Tool That Can Revolutionize Your Preaching

Preaching is and always will be an art. There are many good ways to preach. Here’s one good way I’ve discovered over the years that can benefit your preaching as well. I call it “the switch” (not to be confused with bait and switch).

The idea behind this concept is simple: many of the deeper spiritual truths in the Bible are hard to wrap our heads around. Preachers can painstakingly explain a deep concept just to be frustrated when the audience doesn’t seem to grasp it. The audience needs handles to be able to latch onto deep spiritual truths. That’s when the switch comes in.

The other thing the switch can help provide is emotional investment. People can understand and even agree with what you’re preaching, but that doesn’t mean that they care about it. If the truth you’re preaching doesn’t prick them on an emotional level, there’s no motivation for them to wrestle with the spiritual truth long enough for it to penetrate beneath their emotional surface. That’s why people can sit in your audience, understand and agree with everything you say, and still go on with their lives without changing a thing. What people need is emotional investment before you lay the deep spiritual truths on them. That’s where the switch comes in.

Why is this important? Too often I hear preachers and communicators waste the potential of a perfectly good (and well prepared sermon) because they present truth but give people no handles to hold onto them with. They engage the mind but not the emotions, and both are needed for a message to be transformational. If a preacher thinks that stories and illustrations are somehow beneath him, then he believes he’s a better communicator than Jesus, who utilized stories constantly to build bridges between finite minds and infinite truths.

Here’s an example of how I recently utilized the switch in a message on stewardship. I wanted to convey the truth that giving is the only antidote to greed in a way that people would not just agree it, but it would actually change their giving and spending habits. I was trying to convince people to become more generous, which meant that my goal wasn’t just for them to agree with me, but to change their behavior. Because this truth is so transformational and cuts across so many ingrained habits, simply telling them to become people of generosity wouldn’t have cut it. Those exhortations would have bounce off the surface of their hearts without ever leaving a mark. So I employed the switch.

I spent the first several minutes of the sermon talking about Dr. Edward Jenner and the development of the first vaccine in rural England in 1796. I described the reality of smallpox and the horrors it presented. I painted a picture of the skepticism the first patient must have felt when Dr. Jenner was trying to convince him to allow himself to be purposely injected with a live virus. In spite of how counter-intuitive it must have felt, that first patient James Phipps allowed himself to be injected with a live virus, and the rest is history. The understood assumption is that after 200+ years of medical history, we know and embrace the positive effects that vaccines have had on human civilization. My goal was to try to help them wrestle with the skepticism of the first vaccine patient, highlighted against the backdrop of the knowledge of how life-saving vaccines truly are.

Why go to all that trouble? Because trying to convince selfish and stingy people to live a life of generosity is about as difficult as convincing James Phipps to be the first person purposely injected with a live virus. But like vaccines, the benefits of generosity far outweigh the cost of becoming a giving person. The switch was helping people embrace and identify with the struggle of James Phipps and the first vaccine, and then transferring (or switching) that over to our struggle to become people of generosity. Generosity is the vaccine that inoculates us against the dangerous side effects of wealth, but that truth is counter-intuitive to most people, so I told a parable first to get them to embrace the concept. I utilized the switch. 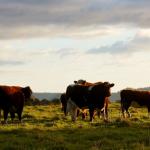 December 6, 2017
Pharaoh's Dream and My Prophecy About American Christianity Seven Years From Now
Next Post 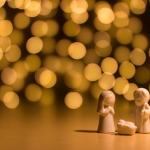