The Moment Everything I Thought I Knew About Jesus Fell Apart

The Moment Everything I Thought I Knew About Jesus Fell Apart February 19, 2019 Josh Daffern

I still remember the day, even the moment, when everything I thought I knew about Jesus completely fell apart. I had grown up in a Christian household, a heritage I am incredibly thankful for. I went to church every Sunday, I learned the stories, I sang the songs. When I was a teenager I even went to youth camp and on mission trips. It was an idyllic childhood.

I learned a lot about Jesus, I gave my life to Jesus early on, and Jesus was a constant companion for me. One of the things I didn’t realize until the day everything fell apart though, was that I had begun to fashion Jesus in my own image. In my mind, since Jesus was my best friend, Jesus was a guy that acted like me, talked like me. He probably liked the same music (Christian ska music, yes that was a thing). A little older he probably would have voted like me and preferred the same kind of car as me. I loved Jesus, and one of the reasons was because in the back of my mind, I figured Jesus was just like me.

If I liked someone, Jesus probably liked them too. If I thought someone was a jerk, they better watch out because Jesus probably had a lightning bolt ready. Jesus was just like me. My Jesus was comfortable, predictable, manageable. After high school I went to a small private Christian college, which was like going to church camp for three years. It was the summer after my first year in college that everything I thought I knew about Jesus got wrecked, on a Russian subway, no less.

In May 1997 I was in St. Petersburg, Russia for a mission trip. No big deal, I had done those before. But I’d never been overseas, much less Russia less than ten years after the end of the Cold War. Just walking through the airport in Russia, my senses were on overload. Everything looked so different, compared to where I came from, sunny Southern California, everything was dark and cold and bleak. We took the subway from the airport, and that’s where everything fell apart. Taking the escalator down into the darkness, the subway in St. Petersburg were built stories below the ground because of the geology of the area and to double as bunkers in WW2. Just for reference, the deepest subway station in Washington DC (near where I currently live) is the Rosslyn Station at 117 feet under ground. The deepest in St Petersburg is 282 feet underground. We went down an escalator into a gaping maw of darkness, like it was literally swallowing us whole.

Then, in a poorly lit and poorly ventilated subway station, we waited with hundreds and hundreds of people all crowded together. The first subway came and quickly filled up, so we thought we were going to wait until the next one. We were wrong. People behind us pushed us in until we were literally packed in like sardines. Our ladies were freaking out because there was no personal space. Everybody was touching everybody, and a bunch of random Russian guys were completely surrounding our ladies. But that wasn’t all. When we walked into the subway, we literally walked into a wall of stench that made many of our mission team start gagging. I never literally tasted a smell before until I walked into that subway. So, there we were, quietly gagging, Russians pressing in against us, and then the subway started, and it was absolutely, deathly quiet. No one said anything, no one had an expression on their face, as if we were in a zombie apocalypse movie.

I had never felt more out of place, more uncomfortable, more ‘other’ in all my life. And it was in that moment the Holy Spirit dropped one little thought in my head that wrecked everything for me. Standing in that subway, surrounded by people that could not have been more different than me in every way, the Holy Spirit whispered to me, “Jesus died for them, too.”

I couldn’t compute. I couldn’t understand. ‘My’ Jesus would never die for these people. These people were nothing like me. ‘My’ Jesus didn’t have anything in common with these people. ‘My’ Jesus would be alien to these Russians. In that moment I realized that perhaps I had the wrong idea about Jesus. Maybe my perceptions about him were too self-focused, maybe I didn’t have him as figured out as I thought I did. Maybe Jesus didn’t look like me, act like me, talk like me and vote like me, even though he died for me.

After that day, I could never place Jesus back into the quaint box I had him in, as much as I might have tried. 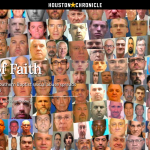 February 11, 2019
Sackcloth and Ashes in the Southern Baptist Convention
Next Post 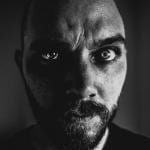 February 25, 2019 How Do You Reconcile "Angry" Jesus?
Recent Comments
0 | Leave a Comment
Browse Our Archives
get the latest from
New Wineskins
Sign up for our newsletter
POPULAR AT PATHEOS Evangelical
1

The Signs of Wilmore, Kentucky: A...
Anxious Bench
Related posts from New Wineskins