The Stewardship Principle: How You Handle God’s Money Now is a Trial Run for Greater Riches

The Stewardship Principle: How You Handle God’s Money Now is a Trial Run for Greater Riches November 19, 2018 Josh Daffern

Stewardship is not a word we commonly use but it’s a concept we all understand well. A steward is a person who acts as a surrogate to manage the affairs of another person. For instance, if someone goes out of town for two months on business and asks you to house sit, you’re a steward for them concerning their house. You don’t own the house, but you’re managing it and maintaining it for them. (By the way, this is why parents get so mad at their teenagers when they go out of town for the weekend and then they come back and the house is trashed because of a party that got out of control.Because while the parents were gone, the teenagers were stewards of something they didn’t own, and they were not good stewards).

If you have a retirement account (401k) through a financial firm, that firm is a steward for an amount of money you’ve set aside for retirement. It’s not their money, it’s yours. You’ve asked them to manage that money, protect it, and hopefully grow it. They are stewards. In the same way, we’re stewards with the money we’ve been given to us. Everything we think we own is ultimately owned by God.

I remind my kids of this all the time. When I ask my kids to turn off their electronics and come eat dinner, and if they say, “I don’t have to, it’s my iPod touch or it’s my Xbox,” I remind them, “No, no, no.” It’s my iPod Touch, it’s my Xbox, I bought it with my money. I’m just letting you play with it for awhile and pretend that it’s yours. In the same way, our money isn’t really our money. It’s God’s money. He owns everything. He’s just letting us play with some of it for awhile and pretend that it’s ours. And while we’re playing with it, we’re called to be stewards, we’re called to faithfully manage and care for something that isn’t really ours: God’s money.

Jesus teaches this principle in his famous story of the Parable of the Bags of Gold. Here’s the Stewardship Principle: How you handle God’s money now is a trial run for greater riches. If we’re faithful with what God has given us now, we’ll see more resources and more responsibility come our way. But if we can’t handle our money currently, why would we ever expect God to give us more?

Or let me put it another way. For most of us, we think we know what the problem is: we don’t have enough money. And we think we know what the answer is: more money. If God would just give us more money, all of our problems would be solved. That’s not the answer. It’s a symptom of the real problem, and if we keep asking God for more money without following the Stewardship Principle, then we’re going to live a continually frustrated life. Don’t focus on getting more money. Concentrate on better stewarding what you’ve already been given. 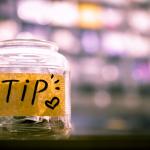 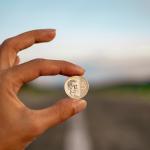 November 21, 2018 5 Ways to Become a Better Steward of God's Money
Recent Comments
0 | Leave a Comment
"True, but I was speaking to the "believers" there I guess. If you really believe ..."
2words1finger A Little Known Reason Why Judas ..."
"Human beings, including Judas, are not sock puppets on God's hand."
Randy Thompson A Little Known Reason Why Judas ..."
"I agree the Last Supper was a " drop the mic" event. It was completely ..."
Jim Why the Apostles Should Have Walked ..."
"Outsiders read Leviticus 24:15-17 where God commands the Israelites to stone anyone to death who ..."
Bob Seidensticker 7 Ways to Reach the ‘Nones’ ..."
Browse Our Archives
get the latest from
Evangelical
Sign up for our newsletter
POPULAR AT PATHEOS Evangelical
1

What Rejecting God Did to Higher...
Cranach
Related posts from New Wineskins