Why I Became an Herbalist

If you’re human like me, you’ll know that it’s also a lot easier to support and believe in others than it is to support and believe in ourselves. For some reason, we sell ourselves short. I’m sure there are a myriad root causes of that. I’ve sniffed out many of my own so that I could heal them. But I still get tripped up sometimes and forget my power. Thankfully, I have a generous support system that reminds me of it.

You’re probably wondering what this has to do with me becoming an herbalist. A lot. Despite my long history of working with the spirit, energies, and physical beings of plants, I felt it was off-limits to me to work with them for my physical wellbeing, or to help others to do so. I also didn’t know where to begin. At the time I first considered this path, my options were very limited. The foundation also wasn’t set yet. I had a lot of inner work to do.

I started in on that inner work and unsurprisingly, got sick. Healing isn’t this simple, gentle experience of abating symptoms and energy gain. It’s a messy interconnected rollercoaster behaving erratically on an open track. At least, that’s the way it feels when you aren’t empowered with knowledge regarding your own body or your own health, and when you are used to dysfunction. That’s how it feels when you’re expected to look to someone else to heal you instead of given the tools and support to heal yourself.

If you identify as a woman, you’re probably familiar with the experience of a doctor barely looking at you and then telling you that your symptoms are all in your head, your pain isn’t real, you just have anxiety. As if you’re going to the doctor because you just wanted to switch things up for a little bit one day and wanted some attention, rather than seeking medical counsel on distressing symptoms. If you’re a woman in living in America it’s a double slap in the face when you get the bill.

I went from doctor to doctor for six months and was under 100 pounds, in pain, and ready to die before I found a doctor who would even run some tests for me. Thankfully that doctor found answers, but when some of my symptoms remained after treatment, he was stumped. He could offer no further help. Now I know of many other things I could have done to get my body back on track to fully heal, but at the time my options were limited. I was back to that place of feeling powerless.

Let’s not pretend that I was only suffering in my body. At the time that I became ill, I was also working a really terrible job. I was in a relationship with someone who was not right for me and treated me poorly. I quit that job and I ended that relationship. But just like with my body, there were spiritual, emotional, and mental issues that needed healing. Ending an illness or a relationship or a crappy job contract is one thing. Understanding what led to these experiences and healing from them to move on to better quality of life is another.

This is what led me to herbalism. I’ve always been an “sniff out the root cause” kind of person. When I suffer migraines or panic attacks or any other issue, I want to know why, not just how to stop it. I want to know how I can support my wellbeing and prevent these things from even occurring. And I want safe ways to do so. And because of what I have gone through, I want to help others and potentially spare them from the same suffering.

In all of this I’ve become the person who would rather work a little less in order to have more time to play, rather than the person who would work herself to the bone to avoid criticism. I have become the person who rests, who says “no” when it’s best for me to do so (most of the time). I’ve prioritized time for myself so that I can hear my inner voice. I’ve learned how to support my entire being, to ease my discomfort and find harmony. And I have become even greater friends with so many plants who have taught me how to do these things and be this person I have always wanted to be.

You can be the person you are meant to be, too. Healing requires change. Change can be scary, but you’re not alone. As one of my very dear friends once said to me, there are all kinds of people who live how they want to live. Why shouldn’t you?

It’s always a process. There are always new things that need to heal, or new issues that pop up that require tending. Sometimes even old issues that need a second look. But we all should have the tools at our disposal, and the support of those around us, to do the best we can to bring ourselves back into harmony.

Some Healing Resources For You

If you’re currently lacking balance in your life and have trouble making time for yourself, consider signing up for the moon ritual subscription series. This series was born from my inability to commit to time to connect with myself and my spirit, and the world around me. I decided that I would make time every new moon and full moon to do a ritual just for me. Then it occurred to me that if this is a struggle I have, maybe other people have this struggle too and need some help.

You can also work with me one on one via holistic wellness assessments or intuitive consultations.

*This post is not medical advice and is not meant to be taken as such. I support seeking the care of a primary medical physician for health issues.

Featured image via pixabay. Jessica Jascha is an herbalist and intuitive wellness consultant from Minnesota who owns Jascha Botanicals. 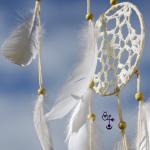 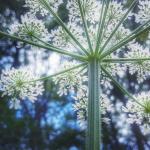 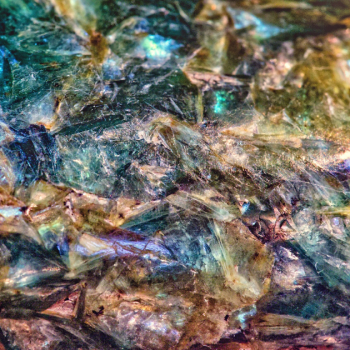