Is It Time To Leave Your Relationship?

About a year ago I moved banks. I’d been with the same bank for twenty years and originally chose them because they were ethical. It wasn’t a decision I took lightly – I take my relationships seriously, including those I have with companies! I’d heard lots of good things about a smaller bank which was even more ethical, and so the time was right.

The change-over process was mostly smooth but it took a lot of time. I had to ask all my psychotherapy clients to pay me into a different account, change my direct debits and charity donations, create multiple accounts for savings and tax and holiday money… Once it was done I felt sure I’d be settled for life. When I started encountering problems (my card sometimes didn’t work online, I couldn’t use contactless, it wasn’t possible to pay cash into the bank) I was frustrated each time but I had no thoughts of leaving. Me and my new bank were committed!

Stay too long or leave too early

I notice that my friends and I tend to fall into one of two categories – those of us who stay too long in relationships, and those of us who leave too early. I have always been in the former camp, and I have often remained in situations that are unhealthy for me. There are a mixture of reasons for this.

One is that I value loyalty as a quality, and prize this quality in myself – once I commit, persevering with a person or a group is a ‘good thing’ and if I can’t manage it, then I feel bad. Another is that I am very empathetic towards ‘the other’ and I often feel compelled to protect them from feeling bad about their failures. I know that I fail often enough, and so if a car makes a mistake and nearly crashes into me, my first thought is ‘oh, the poor thing, they must be feeling dreadful’. A third reason, which is hard to admit, is that I don’t feel I deserve any better.

I struggled on with my new bank, making excuses for them. They were very ethical – I couldn’t expect that and great customers service too… They were only quite new – I’m sure they’d iron out the wrinkles if I was patient and stayed with them…

Yesterday I had a message from them saying that it looked like I’d been using my personal account as a business account, and could I please stop. I hadn’t realised that I couldn’t pay my self-employed earnings straight into my account (which is fine with other banks). They said I had to stop using my account in this way, but they also said that they weren’t opening new business accounts.

At first I was desperate to make it work. Could I open a business account somewhere else and keep all my current accounts too? Later, a thought slipped into my consciousness. I have to admit that the original formula of this thought was a four letter word, followed by ‘them’. I didn’t have to stay! I could free myself from the endless issues, and choose something different – something better!

After some searching I found a new bank that was all online and that didn’t invest in fossil fuels. It was called ‘Starling’ – I approve of companies that are named after birds – and their online app was brilliant. The changeover process was easier than last time, and Starling and I are still enjoying our extended honeymoon.

A glimpse of the Dharma

Here at the temple we ask members of our community to write something called ‘Dharma Glimpses’. These are little written descriptions of ordinary things that have happened, and that reveal a little bit of the Dharma to them. In this instance, my Dharma appeared as the phrase ‘f*** them’. This was the moment in which reality was allowed to enter – the reality that I’d had a pretty awful experience with this bank and that I did have choices – rather than my clinging to loyalty and my belief that things would get better of that it wouldn’t be any better anywhere else.

Sometimes the only thing that allows the Dharma to enter us is a brick wall. Sometimes we have to bang our heads on it for quite some time before we get the message. Sometimes we are lucky enough to receive a message from the Buddha out of the blue, before we do something that would be harmful to us. Either way, I believe that it is around us all the time – waiting patiently for us to notice it. When we open our eyes, Dharma is everywhere. 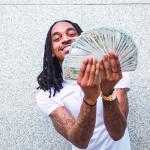 Buddhist
The Buddhist Police Inside My Head
Gentle Buddhism 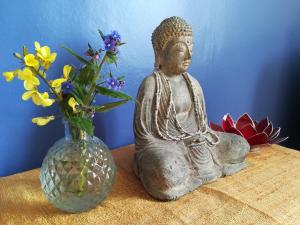 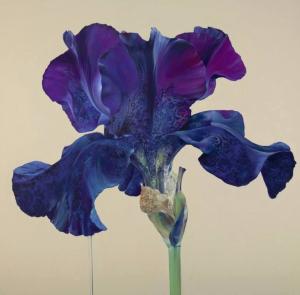 Buddhist
What If This Year Is My Last?
Gentle Buddhism 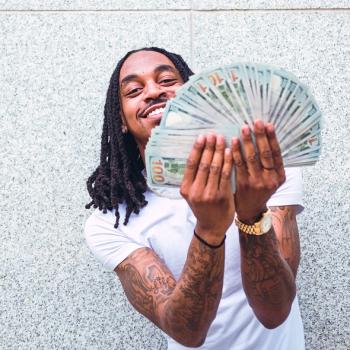