Sagittarius Season: A Modern Witch’s Guide to the Stars

‘Tis the season. Sagittarius Season, that is, when the sun moves into the more optimistic and exuberant sign of Sagittarius. The sun enters Sagittarius on November 22nd this year and will remain there until December 21st. This astrological period arrives on the heels of Scorpio Season, and it’s a reprieve from the more intense, transformative energy of Scorpio.

Sagittarius’s energy is significantly more lighthearted than its predecessor. Whereas Scorpio asks us to look inward, Sagittarius is a sign of expansion and invites us to explore the world around us. The Sagittarius Season is one that carries the energy of a  nomadic spirit with the air of a lifelong student who is eager to learn through hands-on experience.

New moons are always conjunct with the sun; therefore, they will occur in the same sign. This year, the day after the sun moves into Sagittarius, the moon will follow on November 23rd. A new moon occurs at the opposite end of the cycle from a full moon. During this time, the sky is dark, and the new lunar cycle has begun.

As such, spiritually, new moons represent beginnings. A new moon is a time of setting intentions. During this period, this is a good time to plant seeds and start laying the groundwork for future manifestations. This new moon is a perfect time to start a project you’ve been musing over in your mind or perform a spell to attract a specific intention.

Sagittarius is a fire sign, which means this energy is one of action, and we will feel this intensity when the moon makes its way into the sign. The element of fire is known for its passion and drive. With both the moon and sun in this sign, this is a period where we may find ourselves quick to take the reins and charge onward.

When the new moon is in Sagittarius, this provides a current of energy toward setting goals for future endeavors, travels, and education. The ruling planet of Sagittarius is Jupiter, which is known as the planet of expansion and luck. The thriving spirit of Jupiter makes this moon a particularly prosperous one for setting your sights high and working towards achieving your goals.

While I jump at the opportunity to blame a planet in retrograde rather than my poor planning—retrogrades are not as ominous as they are portrayed. Instead, retrogrades are moments that ask us to take a pause and reassess. When a planet returns to direct motion, this is our cue to move forward with the lessons or clarity we’ve received.

Jupiter is the planet of higher learning, expansion, and fortune and has been in retrograde since July 28th. When Jupiter is in retrograde, it’s a period that asks us to pause to finetune our goals and assess how we can achieve them. Jupiter is a “big picture” planet, and when it’s retrograde, we may realize we are missing pieces to the puzzle.

While Jupiter began its retrograde motion in the sign of Aries, on November 23rd, it will station direct in the sign of Pisces. Jupiter rules Pisces in traditional astrology, which makes this a fortunate placement for this planet.

During this period, we may find ourselves more advantageous. With Jupiter direct in Pisces, an imaginative and artistic sign, we may experience creative breakthroughs. Also, if we used the retrograde period to iron out the fine details, we may understand how best to proceed with our master plan.

Neptune is the planet of intuition, dreams, and illusion. When this planet is retrograde, it’s likened to a veil being lifted. We may notice where we lack clarity by being made painfully aware of the truth of a situation. Therefore, this retrograde primarily asks us to adjust our focus and be honest with ourselves.

Neptune, like Jupiter, is an outer planet, and its retrogrades are not felt as acutely as an inner planet but, nevertheless, they are periods of reflection and reassessment. Neptune went into retrograde at the end of June 2022 but will station direct on December 3rd in the sign of Pisces.

In modern astrology, Neptune is the ruling planet of Pisces. Neptune in Pisces is another ideal pairing for this Sagittarius season. When Neptune moves direct, it reaffixes our rose-colored glasses once more. Illusion is bliss.

Overall, this is a more joyous time—even if it is laced with denial. Thanks to Neptune making itself at home in Pisces, this may also be another period that enhances our creativity and imagination. When Neptune is direct, this is a period of time when we will be able to more fully relish in our fantasy worlds and may even be able to escape some of the harsher aspects of life.

Full moons are a time when the moon is at its fullest and, subsequently, its most potent. While this can be considered the point of fruition for intentions set on a new moon, full moons are an excellent time for channeling powerful energy into your spellwork.

Gemini is an air sign which makes this energy one of intellect. The moon rules our emotions, so when it stations in an air sign, it can be a reprieve from some of the heavier, more emotional influences. Much like Sagittarius, Gemini is a more lighthearted sign.

When the full moon is in Gemini, this is a time when there is an emphasis on ideas and community. Gemini is ruled by Mercury which is the planet of communication. For that reason, this is a time for spellwork involving communication, networking, and matters of the mind. 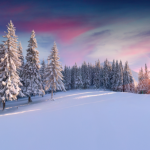 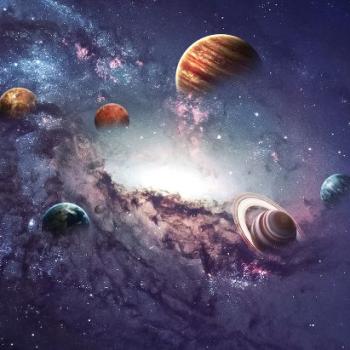 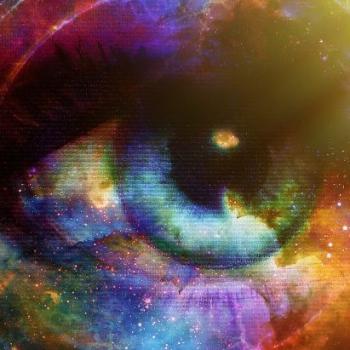 Pagan
Signs from the Universe: Synchronicity or Coincidence
Old Ways in Modern Times

Pagan
What Makes a Witch?
Old Ways in Modern Times 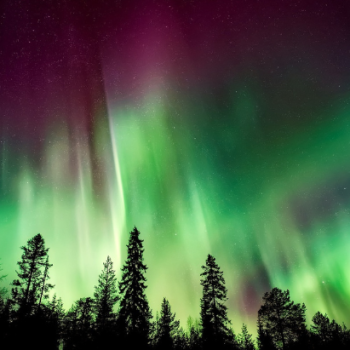