What I Wish Phil Robertson Would Have Said 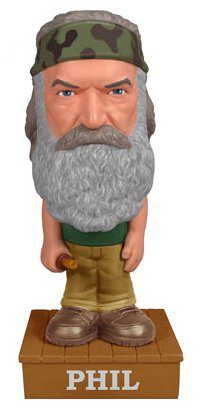 Unless you have been living under a rock, you have heard about the controversy over the recent comments by Phil Robertson in GQ Magazine.  In the resulting firestorm, Phil has been suspended from the show by A&E.  The controversy has been intense and everyone has an opinion about what has happened.

My thoughts on this issue are too scattered to try to write about what I think of his suspension and the resulting backlash.  At the same time, there is a deficiency in Phil’s original comments that pose a problem even for those of us who understand where he is coming from and who want to agree with him.  No one from Phil Robertson’s camp has called me to ask for advice and I highly doubt the call will ever come.  If they were to ask me though, here is what I would tell them I wish Phil had said about homosexuality.  (His thoughts on race need to be addressed as well and I’ll probably do that soon as well.)

“You know Drew, in my mind I have never understood why a man would be more attracted to another man than he would be to a woman, but there are men who are.  I’ve heard that many of them struggle with it, can’t understand why, and hate themselves for it.  That is the part I do understand.  There are desires that I wish I didn’t have and pray everyday for them to be taken away.  So, I do have a lot of sympathy for men who wrestle with this desire because there are many desires I wrestle with too.

I’m not saying having a desire means that it’s okay to sin.  I look back at what my life was like before I came to know Jesus and am ashamed of it.  If you think about it, my getting drunk and chasing women isn’t different than homosexuality in that respect.  I was tempted by something and chased after without any thought to what God might want from me.  I wanted what I wanted and was going to do it no matter what.

Thankfully, God is really gracious and loves us in spite of our sin.  When you get down to it, all sin is offensive to God, some of it just looks worse to us than others.  And so God sent His Son into this world.  He lived a perfect life for thirty-three years and never sinned in any of the ways that we do.  Just to prove all human beings are sinful, we took the one perfect man who ever lived and murdered him.  He didn’t die as a victim though, he willingly gave himself up to die for our sins and then was raised on the third day.  He is in heaven at this very moment and is coming again one day.  It may not look like it to us right now, but Jesus is at work in this world and he is changing people every day.  All a person has to do is know their need for him because of the sin that is in them.  And if any person calls on his name and asks them to save them, he does it.  He forgives us, changes us, and makes us his own for eternity.

Drew, you asked me what I think about the push to redefine marriage and I’ll tell you.  God’s ideal for sexual relationships is that they only take place in a marriage between a man and a woman.  Once we begin to condone anything outside of this ideal, I think we are putting our foot on a slippery slope which will lead to a lot of unintended consequences.  This issue concerns me greatly, but I’m more concerned that everyone hears the great message of what Jesus has done for us.”

For Further Reading:
Is God antigay? by Sam Allberry
Love Into Light by Peter Hubbard 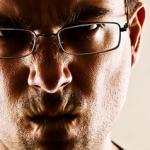 December 27, 2013 Your Tone Does Matter
Recent Comments
8 Comments | Leave a Comment
Browse Our Archives
Related posts from One Degree to Another