Obama is Going to Hate This When He Sees It

How many headlines like this have we seen in the last seven years? They are impossible to ignore because either you dislike the President and cannot wait to read something bad about him or love him and want to vent at the author who dares to come after your hero. Also these headlines must work, because websites continue to use them to drive page views and ad revenue.

Advertisers and our politicians have their fingers on the pulse of the American public and they have discovered what drives us- fear and anger. What you fear you despise, and this simple truism explains most of the rhetoric we see in American culture. Conservatives fear terrorism, so every refugee fleeing a brutal civil war becomes a potential terrorist. Liberals fear the rollback of abortion rights, and view every person pleading for the sanctity of life in the womb as advocating for women to die in back alleys. This cycle of fear and loathing demonstrates itself in every controversial issue discussed in our culture- guns, health care, marriage, the size of government, Common Core, etc. The other side isn’t just wrong; they are evil and want to destroy America.

Those who claim to follow Jesus have been susceptible to this phenomenon as well and often do not see how fear and hatred are at odds with the faith we profess. The Apostle John wrote in 1 John 4:18, “There is no fear in love, but perfect love casts out fear. For fear has to do with punishment, and whoever fears has not been perfected in love.” In his desire to show how Christians may know they have eternal life, John devoted several paragraphs to our love for each other. The person who has faith in Jesus, loves God the Father, and has the Holy Spirit living inside him will love other people. John reasons that we cannot say we love God whom we have seen while hating our brother whom we have seen.

The verse quoted in the previous paragraph helps us see a path to deliverance from our fear and anger towards others. The simple answer is to love one another. When you love another person you see the evidences of God’s grace in their lives and are willing to give them the benefit of the doubt. Instead of viewing them with suspicion and fear, you are willing to assign the best possible motives to their actions until you have evidence which proves otherwise.

For example, last week President Obama issued an executive action changing the definition of a firearms dealer so more people would have to conduct background checks when selling guns. During the speech announcing this action he shed a few tears as he talked about children who have died in mass shootings. The scorn heaped upon him by those who disagreed with this action showed the personal animosity many have against him. Instead of granting that he could genuinely be moved emotionally by the children who have died from gun violence during his presidency, many assumed he had insincere motives behind his tears. What other than fear, anger, and malice causes us to see a man crying over the death of children and disbelieve his authenticity?

Politics isn’t the only area of our lives where we see these tendencies; they just happen to be the most public. We grow angry with what we fear in our personal lives as well. If your greatest priority in life is the success of your children and greatest fear is their being held back or inhibited, you will lash out in fury at anyone who seems to stand in their way. If you value money and fear financial insecurity, you aim scorn and derision at anyone who threatens your bottom line. The possibilities for seeing this in action are endless, and we should be aware of how this operates in our lives.

In his book The Things They Carried, a series of short stories about the conflict in Vietnam, Tim O’Brien tells the story of a young man named Kiowa. O’Brien’s description of him tells us something important about how Christianity shapes the way we live. “The kid’s father taught Sunday school in Oklahoma City, where Kiowa had been raised to believe in the promise of salvation under Jesus Christ, and this conviction had always been present in the boy’s smile, in his posture toward the world, in the way he never went anywhere without an illustrated New Testament that his father had mailed to him as a birthday present back in January.” Kiowa believed he had the hope of salvation in Christ Jesus, and it showed itself in his smile and posture towards the world. We need to grasp this image because the Christian has no reason to fear, but rather we have endless motivation to be marked by hope, love, and joy.

The Gospel of Jesus Christ offers escape from our worry, fear, anger, and suspicion. When we trust in Christ, we come to understand that we are eternally secure in him and always led by the providential hand of God the Father. The Christian receives the hope of eternal life, and we know there is nothing anyone can do to snatch away our ultimate reward. Because the Gospel dispels our fears, the Christian is free to show genuine love to other people. Christ vanquished our greatest enemy in his death and resurrection, so we don’t view other people as our enemies. God forgave our sins and poured out his love on us without price, so we forgive others when they wrong us and show love towards them without suspicion. If we believe the message of the Gospel, we must see who it changes everything, especially the way in which we view and treat other people.

Related Posts:
“How Not to Respond to Terrorist Attacks”

January 18, 2016 A Few Good Reads
Recent Comments
2 Comments | Leave a Comment
"This is an excellent report, Scott -- a fresh perspective on the Narrow Path and ..."
tovlogos God Doesn’t Give Second Chances
"' THE SIMPLICITY THAT IS IN CHRIST 'https://youtu.be/ihJAJA4ibEs"
Christiane Smith God Doesn’t Give Second Chances
"Wow😀 BeautifulThanks alot!God enlarge your fame in him."
Micho Lambwe When the Bible Confronts Your Confirmation ..."
"Yes, we need to listen to both/all sides in a debate. I am concerned about ..."
DonaldByronJohnson When the Bible Confronts Your Confirmation ..."
Browse Our Archives
Follow Us!

Mark of the Beast? Microchips to...
Hedgerow
Related posts from One Degree to Another

Evangelical
What Should We Do When the Sadness is...
One Degree to Another 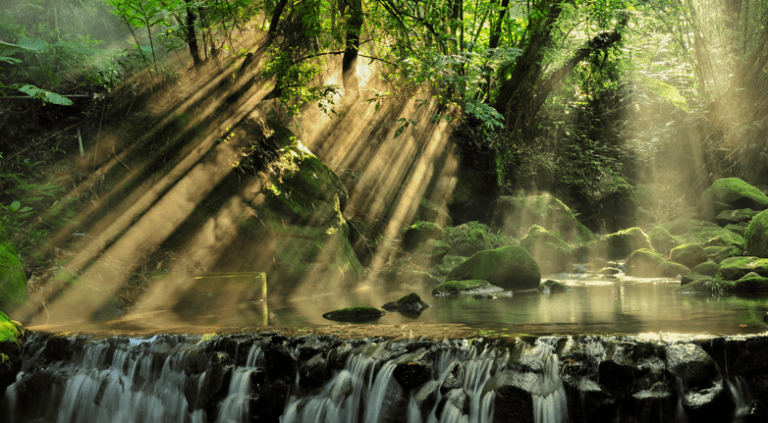 Evangelical
Where Do We Find True Joy?
One Degree to Another
TRENDING AT PATHEOS Evangelical

Writing My Christian History Sequence
This post is about the process of writing, and about gradually finding...
view all Evangelical blogs
What Are Your Thoughts?leave a comment
Copyright 2008-2017, Patheos. All rights reserved.