Why Do We Work Hard at Our Work?

In 1928, English economist John Maynard Keynes delivered a lecture titled “The Economic Possibilities for our Grandchildren” in which he argued that by 2028 would we be so prosperous that most people would only have to work fifteen hours a week. As he looked at the coming century, his concern was what people would do with all of their free time.

Many of us spend more time working and commuting to work than we do on any activity. We work more than we sleep and more than we spend time with friends and family.

If we are going to spend this much time at work, shouldn’t we have a reason for doing so beyond the accumulation of money? In addition, don’t we need to understand why we need to work hard at work instead of frittering away our time?

Here are four reasons we should work hard at the work God has given us to do.

Sometimes work feels like an imposition into our world. Why should I have to go work for someone else so I can provide for my family? Then, we I get home, why are there endless piles of laundry? Why does the grass need to be mowed again even though I just did it last week?

The writer of Genesis tells us that God created all mankind, both men and women, in his image and after his likeness (Genesis 1:26-27.) Then, he placed them in the Garden and commanded them to fill the earth with people and to cultivate the earth as the bearers of the Creator’s image (Genesis 2:15.) God invented work. He has been at work for all eternity and calls us to work as well.

Work takes on a different meaning when we recognize that God made work. It is not a meaningless punishment, but a divine gift. We image God through our hard work and bring glory to him when we put our hand to the work that he gave us to do in his providence.

Paul Helm captured our tendency to not see work as a spiritual exercise when he said in his book The Callings that, “We have become accustomed to thinking of ourselves as having a ‘spiritual life’ which is sharply distinct from the every-day life in the family, and from work and leisure. A “spiritual life” is a life of prayer and watchfulness, of Bible-reading and church-going. As a result of this distortion, instead of the Christian life being thought of as an integrated whole, it is artificially broken up into compartments which have little or nothing to do with one another….It is as if Christian responsibility ceases at the church porch, as if the Christian gospel has nothing to do with the pavement outside and the roads and motorways beyond.”

We Work Hard Because There is Value in Hard Work

Few biblical writers had more to say about the value of hard work than Solomon in the book of Proverbs. In this collection of wisdom for his son, Solomon shows the value and beauty of hard work and the folly of not working hard.

In Proverbs 22:29, he told his son, “Do you see a man skillful in his work? He will stand before kings; he will not stand before obscure men.” In Proverbs 14:29, he said, “In all toil there is profit, but mere talk leads to poverty.”

In these two sayings, Solomon helps us to see that good things come to us because of our hard work. We gain from an honest day’s work, not just a wage, but also honor. The person who approaches their work like a craftsman, developing skill in what he does, gains honor from great men and contributes to the good of the people around him.

We develop a craftsman-like approach to work by working not mainly for the praise of men or for profit, but so that the Lord might be honored in what we do. Paul reminded us of this in Colossians 3:23-24 when he said, “Whatever you do, work heartily, as for the Lord and not for men, knowing that from the Lord you will receive the inheritance as your reward. You are serving the Lord Christ.”

We Work Hard Because Sloth is Dangerous

To help his son understand the inherent danger in slothfulness, Solomon points his son to the sluggard. He shows him that the sluggard’s ways lead to both a devolution of character and material destitution.

Proverbs 10:4-5 points to the material dangers of slothfulness. “A slack hand causes poverty, but the hand of the diligent makes rich. He who gathers in summer is a prudent son, but he who sleeps in harvest is a son who brings shame. In addition, he said in Proverbs 20:13, “Love not sleep, lest you come to poverty; open your eyes, and you will have plenty of bread.”

Slothfulness isn’t just laziness towards work that leads to physical poverty. Slothfulness is a spiritual malady where we hate the very reason we exist. If God created us to work and we insist on sluffing off work, then we despise that which God created us for. How can we grow in godliness and Christian character when we resist the hard work that God has called us to? In addition, will we work hard at our spiritual growth when we run from hard work in every other area of life? (If you want to read more about the dangers of slothfulness, see Acedia and Its Discontents by R.J. Snell or the chapter on diligence in Karen Swallow Prior’s new book On Reading Well.)

We Work Hard Knowing Rest is a Reward

Some of us do the opposite of what the sluggard does. We work days on end without a break. We bring work home, catch up on emails during dinner, and neglect taking a day off.

If that is you, you would do well to remember that God is the only one who never slumbers or sleeps. He is the only one who can carry the weight of the world on his shoulders. You cannot and trying to do so will make you and the people around you miserable. As God rested from the work of creation on the seventh day, so you also should receive the reward for your work and rest.

Christ modeled this for us as well. When he was here on earth, he set about the Father’s business. He did that which the Father gave him to do. He committed himself to obey the Father’s will until he finished his work in his death on the cross and resurrection from the dead. Then, what did he do? “He sat down at the right hand of the majesty on high.” Jesus completed his work and sat down.

Work is good. God made it and he gave it to us to do. By the power of his Spirit, we work diligently day in and day out. Then we rest from our daily work one day a week, just as we have rested from working for our own salvation and rested in Christ.

Related Posts:
“Why Our Need to Sleep is a Theological Issue“

“Your Work is Not ‘Secular’“

For Further Reading:
Every Good Endeavor by Tim Keller

Acedia and Its Discontents by R.J. Snell

September 4, 2018
How to Ruin Your Christian Witness on Social Media
Next Post 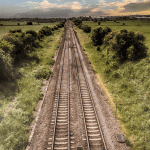 September 12, 2018 The Good News of God’s Providence
Recent Comments
1 Comment | Leave a Comment
""Jesus did not come to explain away suffering or to remove it. He came to ..."
Christiane Smith The Lord is Near in Our ..."
"OOMMGG!! I never could figure it out until you said the reasons you liked a ..."
Jaime Lopez Ortega Why I Switched from a Digital ..."
"God also blesses us when we take measures to extricate ourselves from trouble."
Karen Silver How Do I Know that God ..."
"I never heard any of these sermons but I am sure they were shallow and ..."
Kostya2 How to Prepare a Sermon When ..."
Browse Our Archives
Related posts from One Degree to Another