How to Ruin Your Christian Witness on Social Media

How to Ruin Your Christian Witness on Social Media September 4, 2018 Scott Slayton

I take college football too seriously. I try not to, but it happens every year. I have rooted for the Auburn Tigers since I for as long as I can remember and one year I watched the opening game of the season with some friends at Buffalo Wild Wings.

Over half the restaurant was filled with Alabama fans who were there to watch their opening game as well. Auburn started an hour earlier than Alabama, so the Alabama fans were actively cheering against Auburn for the first hour of our game. This didn’t really bother me until Auburn fumbled and an Alabama fan started taunting our table. And by taunting, I mean pointing and yelling at us.

This was in the early days of Twitter and I may have had 100 followers and they were all my friends. Thinking it would be funny, I tweeted, “Have I mentioned lately how much I cannot stand Alabama fans?” What I forgot when I did this was that my Twitter account was still linked to my Facebook profile and everything I posted on Twitter also posted to Facebook as well. Several people I knew and loved saw the status and were immediately insulted. How could a man who claims to know and follow Jesus say he couldn’t stand people because they cheer for a different football team than him?

What I wrote in a thoughtless moment under the guise of trying to be funny hurt and angered people that I care about and hurt my witness in their eyes. I wish I could say this was the last time I did something like this, but it wasn’t and I highly doubt it will be the last time.

I doubt that I am alone in posting on social media in a way that detracted from my Christian witness. In fact, I know I am not alone.  Christians often post thoughtlessly on social media. We speak of people and issues in ways that detract from our witness to Christ. This is especially true when we follow up a post about the goodness of God with a post mocking other people.

The worst part about this is that a lot of our social interactions with people now come via social media. We might see five posts from a neighbor for every one in-person encounter we have, so our social media posts have an outsized effect on the way they think about us. Therefore, we must realize that what we say on social media will have a real impact on our witness to the people around us.

Here are four ways that Christian harm their witness on social media.

Most of the people who scream the loudest about “fake news” share stories and memes without verifying that what they say is actually accurate. The same people who think The New York Times always prints lies have no problem sharing a meme from Facebook groups called “Hillary Clinton is Crooked” or “Donald Trump is the Worst President Ever.”

Since Jesus is the truth and the ninth commandment calls us to be people who tell the truth, truth should be of utmost importance to us. If you share something that conveys information, especially if it is about another person, make sure that it is true before you share it. If it’s information about an event, look up the event. If it is a quote, look up the quote to make sure that it was quoted correctly and there is not some additional context that affects the way it should be read.

For those of us who follow Christ, we know that the Gospel is strong enough to stand up the most thorough scrutiny. It does not need untruth to keep it from unraveling.

Share Memes and Stories Intended to Tear Down Another Person

One theme you will see through several of these points is that Christians cause many hindrances to their witness by posting too often and in the wrong way about politics. Unfortunately, politics in the United States has become a zero-sum game where we think that we are just one election from extinction. Every election is “the most important of our lifetime” and takes on apocalyptic importance.

In our zeal to make sure the right side wins in political and cultural wars, we share as much as we can about politics on social media in hopes that we can convince just a few more people to vote our way. As with almost everything in politics, getting someone to change how they vote depends not on showing the rightness of your side, but showing how terrible the other guys are.

Christians, we cannot play this game. Sharing stories or memes that are strictly intended to tear down another person, even a political opponent, is a quick way to make sure that you turn your friends and neighbors away from the Gospel. If you give the impression that being a Christian means that truth gets shoved out of the door and that speaking ill of other people is okay, they likely won’t want any part of it.

Let’s paint a hypothetical scenario. Let’s say that you convince ten people to vote differently in the upcoming midterm elections, but you also turn one person off from the Gospel, was it worth it? Pretend that one thousand people vote the way you think they should because of something you share, but one person will not listen to one more word you say about Jesus, what have you really accomplished?

Vent About Your Neighbors and Local Businesses

The internet in general and social media, in particular, have given us many outlets for voicing our displeasure with other people’s behavior. We give negative reviews based on bad restaurant experiences. If we have an irritating neighbor whose dog barks constantly, we can post about it on social media and “feel better” because we got our frustration off our chest.

Too often, we forget that what Scripture says about how we treat other people also applies to our online interactions as well. When we take to social media to lash out about our frustrations with people rather than talking to them ourselves, we violate Jesus’ command to go to our brother when we have something against them.

In addition, when our unbelieving friends, neighbors, and family members see these tirades, our words about the love of God ring hollow. If the world will know that we are Jesus’ disciples because we love one another, what happens when they see the people of God speaking ill of others on social media rather than handling our disagreements in a biblical manner? (John 13:35)

The human soul latches onto some strange sources of self-righteousness. We consistently find ways to make our lives look better than they are or use convictions about third-tier issues to judge ourselves superior to other brothers and sisters. This can be especially true when it comes to parenting.

Beware of practicing your righteousness before men on social media. (Matthew 6:1) You can play outside with your kids without going on self-righteous tangents about how you don’t allow your kids to have too much screen time. You can serve your community without posting a picture on Instagram. Take Jesus’ warnings about self-righteousness seriously and watch out for the subtle ways we violate his commands.

Christians believe in the Gospel of grace. This means that we understand we have done nothing to earn the favor of God, but rather receive it freely by faith alone in Christ. We cannot undo our proclamation of the Gospel of grace by acting as if we have our act together and everyone else just needs to be more like us.

The Second Commandment Applies When You Are Online

Jesus laid out a good rule of thumb for all of our online interactions when he said, “love your neighbor as yourself.” (Matthew 22:39) When we live by the second commandment, we treat other people the way that we want to be treated and think about how our words might affect the people around us. Therefore, let us resolve to be more diligent in conducting ourselves in a way that demonstrates love for others and magnifies the grace of Christ.

Related Posts:
“Watching Our Words in the Age of Outrage”

For Further Reading:
The Tech-Wise Family by Andy Crouch

12 Ways Your Phone is Changing You by Tony Reinke

August 30, 2018
The Best Quotes from Remember Death
Next Post 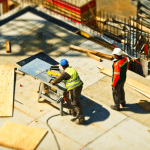 September 9, 2018 Why Do We Work Hard at Our Work?
Recent Comments
1 Comment | Leave a Comment
""Jesus did not come to explain away suffering or to remove it. He came to ..."
Christiane Smith The Lord is Near in Our ..."
"OOMMGG!! I never could figure it out until you said the reasons you liked a ..."
Jaime Lopez Ortega Why I Switched from a Digital ..."
"God also blesses us when we take measures to extricate ourselves from trouble."
Karen Silver How Do I Know that God ..."
"I never heard any of these sermons but I am sure they were shallow and ..."
Kostya2 How to Prepare a Sermon When ..."
Browse Our Archives
get the latest updates from
One Degree to Another
and the Patheos
Evangelical
Channel
POPULAR AT PATHEOS Evangelical
1

Let's Talk about Cults--Theologically
Roger E. Olson
Related posts from One Degree to Another