What are the Marks of Genuine Friendship?

A few years ago, our family was at the beach when a little girl ran up to my seven-year-old daughter and said, “My name is Isabella. Do you want to play?” My daughter yelled “sure” and they ran off as if they had known each other for years.

I wonder at what point we stop doing this. When do we get afraid of rejection and become suspicious of people? While our children are not sinless, their lack of cynicism is refreshing because their desire for friends reminds us that we were not created to live life alone.

God created us to be wired for friendship, yet sin has broken friendships and relationships. To return to my opening illustration, my daughter got mad at the little girl she was playing with a said she didn’t want to be her friend anymore. The little girl came over to ask if they could be friends again and my daughter responded, “well, I will give you one more chance.” (In case you are wondering, yes we had a conversation about that.)

One thing we need to realize about our friendships is that we tend to respond sinfully to being sinned against. Because of this, we can be tempted to have superficial friendships instead of real ones, to be consistently frustrated with other people, and to hide from real friendships because we are cynical about the possibility that they can exist.  What constitutes a true friendship? This is not an unspiritual question. The biblical writers devoted ample space to the subject of interpersonal relationships. For example, you cannot read through Proverbs without running across a treasure trove of wisdom for discovering and maintaining true friendships.

We can learn a lot about genuine friendship by observing the friendships throughout Scripture. In particular, the friendship between David and Jonathan shows us three truths which help us understand the nature of true friendship.

Friendship Springs from a Strong Bond

After the Lord rejected Jonathan’s father as king, the prophet Samuel anointed David, but in 1 Samuel 18, the formal transfer of power had yet to take place. After David defeated Goliath, Saul grew jealous of David because the people sang that Saul killed thousands but David killed tens of thousands. Nevertheless, David met Saul’s family and forged a tight-knit friendship with Jonathan.

As soon as he had finished speaking to Saul, the soul of Jonathan was knit to the soul of David, and Jonathan loved him as his own soul. And Saul took him that day and would not let him return to his father’s house. Then Jonathan made a covenant with David, because he loved him as his own soul. And Jonathan stripped himself of the robe that was on him and gave it to David, and his armor, and even his sword and his bow and his belt. And David went out and was successful wherever Saul sent him, so that Saul set him over the men of war. And this was good in the sight of all the people and also in the sight of Saul’s servants.
1 Samuel 18:1-5

All of the language the writer of 1 Samuel uses suggests a strong bond between David and Jonathan. He says their souls were “knit” together and that Jonathan loved David “as his own soul. Then Jonathan made a covenant with David and demonstrated the reality of his promise by giving his robe, armor, and weapons to David.

A covenant is so much more than a contract. Covenant is rooted in promise and relationship. It implies a bond that cannot be broken except by death. This becomes especially clear when we consider that the covenant Christians enjoy with God was bound by the blood of his son. Christians are adopted as the sons of God through faith in Jesus Christ who loved us and gave himself up for us.

We are brothers and sisters. We are a family. Think about the language used to describe the church- a family, a building, and a body. Do you see the interconnectedness in each of those metaphors? If the church is a temple, then we are bricks in it. If the church is a body, we are its members. If the church is a family, we have a place at the table. Therefore, Christians have every reason to pursue real and vital friendships because we share so much in common. C.S. Lewis said friendship begins when one person says to another, “what? You too? I thought no one but myself.”

One of the foundations of a strong friendship is a shared affection and love for one another. Jonathan and David’s friendship demonstrates this, as evidenced by the language used to describe it.

We don’t spend very much time thinking about the nature of true friendship. In our social-media dominated age, we are so image conscious that we think more about the impression that we make than we do about making genuine friends. If you are not careful, you will carefully craft an image using social media and not allow people to get too close because it would ruin the image. Then, you build your identity on the number of people who are impressed by you and who respond to the image you have created.

You have an important choice to make–you can impress people or you can have genuine friends. When we develop real friendships, our friends will know we are not that impressive. They will see the rough edges and the ugliest things about us, but we will be known and we will be loved. That is the beauty of true friendship–it sees the ugly and it stays.

The root of all genuine friendship is God’s love toward us. God’s love toward us has nothing to do with our being impressive enough for him to love. When we read the Bible we see quite the opposite, don’t we? “But God demonstrated his own love toward us, in that while we were still sinners Christ died for us.” God showed his love in giving us the greatest gift we could receive when we were not impressive. In fact, he knows us deeper than we could be known and loves more than we could ever be loved. What blows me away about God is he says to us, “I know everything about you and I love you deeply.”

God’s love for us in Christ models genuine friendship for us. We are too quick to run from friendships because they seem too difficult or feel like too much trouble. Yet, Christ went through the pain and the difficulty of the cross for us. How can we not take the hard road in our friendships with other believers? This means overlooking personality quirks, forgiving when you are wronged, and walking with others through difficulty, but to walk through life with genuine friends is worth every pain and effort we put into it.

When Jonathan stripped off his armor and weapons, he told us a lot about how he thinks things are going to go between he and David. Jonathan’s gift acknowledged that David will be king instead of him and instead of his father.

Then Jonathan went the extra mile for David. When he discovered that his father planned to kill David, he put a plan in place to save David at great cost to himself. He sent David away to hide while he sought to gauged the depth of his father’s anger towards David.

When David did not show up to dinner for a second night, Jonathan told his father that he allowed David to go to a feast. Saul responded by insulting his son and calling for David to be put to death. Jonathan asked his father why he wanted to kill David and Saul responded by throwing a spear at him. At this point, the writer of 1 Samuel made an astute observation. “So Jonathan knew that his father was determined to put David to death.

The next morning Jonathan went out into the field and was able to tell David about his father’s murderous plans. The two shared an emotional farewell and David fled from Saul. Jonathan’s care for David shows us something of the sacrifice involved in friendship. He was loyal to his bond to protect David even though it meant he would not get to be king. He did this at great cost and danger to himself. His father cursed him and threw a spear at him. He could have died as a result of his father’s rage, but he stayed the course because he made a promise to his friend.

Friendship necessarily entails sacrifice. A friendship cannot survive for long if each person involved tends to be self-centered and is unable to put aside their own preferences for the sake of others. The traits that make a friendship flourish involve sacrifice because a genuine friendship involves sacrificing time, resources, emotional energy, and preferences. It means getting to know people, making time to spend with them, bearing with their failures, and working to forgive them when they wrong us.

The beauty of sacrifice in friendship is that it leads to great joy. Jesus said the person who loses his life will find it and the one who saves his life will lose it. Jesus endured the cross “for the joy set before him.” These are the surprising values of God’s kingdom. Joy comes through pouring ourselves out for others. Real pleasure comes from having less of our lives revolve around ourselves. The world says to focus only on yourself, but Jesus shows us that life is lived wrongly if we live it only for ourselves.

If you struggle to know how to be a friend, look at your Savior. He said greater love has no one than this that someone would lay down his life for a friend. He could say this was the mark of a true friend because this is exactly what he was about to do for his disciples and for us. Jesus gave himself for us. May this guide the way we approach all of our friendships.

Related Posts:
“6 Ways to Engage with Your Community“

“How to Fight Against Consistent Discouragement“

For Further Reading:
The Art of Neighboring by Dave Runyon and Jay Pathak

October 4, 2018
The Best Quotes from The Prodigal Prophet
Next Post 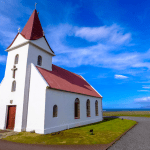 October 12, 2018 The Weight of Being a Pastor
Recent Comments
1 Comment | Leave a Comment
""Jesus did not come to explain away suffering or to remove it. He came to ..."
Christiane Smith The Lord is Near in Our ..."
"OOMMGG!! I never could figure it out until you said the reasons you liked a ..."
Jaime Lopez Ortega Why I Switched from a Digital ..."
"God also blesses us when we take measures to extricate ourselves from trouble."
Karen Silver How Do I Know that God ..."
"I never heard any of these sermons but I am sure they were shallow and ..."
Kostya2 How to Prepare a Sermon When ..."
Browse Our Archives
Related posts from One Degree to Another