Colossians 3:1-11: It’s the Name on the Front of the Jersey that Matters

By David A. Sánchez

I have always loved baseball. Growing up on the mean streets of East Los Angeles, baseball was the one activity that kept me away from the pitfalls many young Latino males face on a daily basis. Summer days were spent—sunrise to sunset—in makeshift sandlots in the shadows of Dodger Stadium, fielding bad-hop grounders and striping screaming line drives. It was our neighborhood pastime.

On the occasion when enough coins were scraped up to venture into the venerable cathedral, Dodger Stadium, our baseball heroes paraded before us on this hallowed turf. Our childhood heroes were rarely categorized according to ethnicity and nation of origin but always according to the color of their uniform, Dodger Blue. It was the name on the front of the uniform that mattered, not the back.

As maturity set in and the complexity of national racial issues manifested themselves with the social unrest of the late 1960s, I came to a deeper understanding of the diverse and painful racialized world in which I lived. Baseball was not the safe and immune haven I had first imagined. I became aware of the once segregated Negro Leagues and the painful history of Jackie Robinson, the first Black player to integrate into the “major leagues.” I also realized that even in my English speaking, Mexican-American home, I too was not nationally normative. I was Mexican-American, Latino, Hispanic, Chicano (albeit, born in the United States) and spoke with a distinct accent that immediately identified me as such which, in this country, included labels like wetback, beaner, spic[!], etc.

It was about this time that my relationship with the national pastime took an interesting turn. As much as I wanted to focus on the name on the front of the uniform, I couldn’t help but notice the names on the back of the uniform. Cepeda, Clemente, Marichal, Tiant, and Concepción all became a part of my racialized purview. This realization came to full fruition with the onset of Fernandomania in the 1980s.

Fast forward some four decades later to the 2013 MLB All-Star game in New York City, a game, arguably, more about the names on the back of the jersey than the front. Juxtaposed to the panoply of domestic and other international participants were players with names just like mine: Cano, Cabrera, Bautista, Ortiz, Colón, Hernandez and Mariano Rivera. Oddly enough, an inning before Rivera’s climatic 8th inning appearance, the US born Puerto Rican singer and songwriter, Marc Anthony, performance of God Bless America set off a viral and racist response via Twitter. Tweets included: “Be American,” “Learn English,” and “Go back to Mexico;” an ugly and anonymous electronic subtext to the public transcript being offered to a worldwide television audience.

It should be noted that the tradition of singing God Bless America during the 7th inning stretch is a relatively new phenomenon in the ritualized landscape of baseball. This tradition was introduced after the events of 9/11 and has remained a staple of baseball for over a decade. Marc Anthony, as an American—an even more aptly—as a New Yorker, had every right to sing this great national hymn for a worldwide television audience hosted in New York City. Sadly, the Marc Anthony case is not an anomaly. During Game 3 of the 2013 NBA Finals in San Antonio, 11 year-old Sebastien de la Cruz’s stirring rendition of the Star Spangled Banner (in full mariachi garb) also led to a social media storm.

So what does this baseball and national ritual talk have to do with the current immigration debate in the United States? Concisely, I am intrigued that a New York born, Puerto Rican is told to go back to Mexico in response to his performance of God Bless America. It seems to me that in some ideological circles, any brown person with the slightest hint of a Spanish accent performing a canonical national hymn for a worldwide audience is rendered suspect. Their presence signals a certain demographic shift and is the impetus for some to wax nostalgic for the “good old days.”

This ideological and national “tug-of-war” was brought to the foreground of our national consciousness in the recent rendering of bipartisan legislation passed by the U.S. Senate (68-32) calling for securer borders, employer verification of the legal status of workers, and a pathway for citizenship for approximately 11 million undocumented immigrants and is sure to meet a much tougher—if not legally lethal—battle in the House of Representatives.

This national debate will most certainly rage on with no signs of abetting any time soon. It is complex specifically because it is about identity and representation of that identity.

The 3rd chapter of Colossians in the New Testament is an interesting theological interlocutor on this matter. It is, in my estimation, entirely about shifting identity demographics and critical masses. I am inclined to read this Biblical passage as a response by the author to a community that was struggling with shifting ethnic, social, and cultural demographics where one group attempted to conserve and validate a perceived privileged position based on what they recognized to be normative, entrenched, and original.

Yet the letter’s recipients are challenged to rid themselves of individualized and singular notions of privilege and are challenged to embrace a new comprehensive Christian identity. In essence, the ancient author argues that the name on the front of the jersey is to supersede that on the back! To facilitate this new identity they/we are instructed to steer away from anger, wrath, malice, slander and abusive language. It is almost as if the author anticipated future malicious and divisive Twitter and Facebook postings mostly spewed from anonymous and unreflective spaces. In this renewed space, “there is no longer Greek or Jew, circumcised and uncircumcised, barbarian, Scythian, slave and free; but Christ is all and in all” (Col. 3:11). Is this line of ancient theological reasoning applicable in these modern times around the issue of US immigration policy? That is yet to be played out. It is, however, a real challenge for a nation that has long identified itself as a Christian nation with a canonized Christian script. 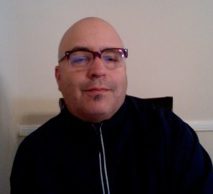 David A. Sánchez is an associate professor of Early Christianity and Christian Origins at Loyola Marymount University, Los Angeles. David is also the Book Review Editor of the Journal of the American Academy of Religion and the President of the Academy of Catholic Hispanic Theologians of the United States. He is the author of Hispanic Theological Initiative’s award winning book, From Patmos to the Barrio: Subverting Imperial Myths (Fortress Press, 2008). He has published extensively on contemporary Guadalupan iconography from a postcolonial perspective. His current area of research is on ancient and contemporary apocalyptic groups.

A spy in the house of...
slacktivist
Related posts from On Scripture - The Bible