It all sounds so… demanding. Sell your possessions and give to the poor. “Be dressed for action” (NRSV). Imagine yourselves as slaves who remain ready for their master’s return – not knowing when it might come.

Luke’s Gospel is big on demanding. In Luke 9:57-62, Jesus encounters three would-be disciples. Each receives a warning that would vanquish enthusiasm like an ice-cold shower. “Foxes have holes, and birds of the air have nests; but the Son of Man has nowhere to lay his head.” “Let the dead bury their own dead.” “No one who puts a hand to the plow and looks back is fit for the kingdom of God.” Intensely demanding.

Is that how God’s Kingdom works? Does it reward only the religious superstars? Does God’s realm function like a super-competitive law firm, where only a tiny percentage ever make partner and all the rest get fired?

A year ago on August 5, a white supremacist shot ten people who were preparing for services at Oak Creek, Wisconsin’s Sikh temple. Six of the victims died, as did a police officer who responded to the shooting. The temple president grabbed a butter knife and attacked the shooter, sacrificing his own life to provide time for others to find shelter. In the end, the shooter took his own life.

The tragedy revealed a lot about who counts and who doesn’t in the United States. Because I teach religion for a living, several friends asked me, “What is a Sikh?” They’d never found it important to learn. I have to admit, I exhausted my own expertise in about ninety seconds. We learn about what and who we value, don’t we?

We may never know the shooter’s direct motives. He left no note or other record of his plans. We do know that he participated in white supremacist culture and performed in white supremacist rock bands. Quite a few signs suggest that at least sometimes his personal life was a mess. We may never know whether he had confused Sikhs for Muslims, or if perhaps he targeted Sikhs simply because of their minority status. I suppose we’ll never understand why the lives of Sikhs counted for nothing to him. We do know that his own life hasn’t mattered to many of us. We feel little compassion for the pitiful people who carry out such heinous crimes. They don’t count for much either.

One year after this tragedy, however, the Sikh community is challenging our assumptions about who merits our consideration. Right after the shooting, Amardeep Singh, co-founder of the Sikh Coalition, recalled the taunts and threats he had received in the wake of 9/11. Perhaps, some within the Sikh community wondered, we should educate people that we are not Muslims. However Singh writes, “To its credit, the Sikh community realized very quickly that it wouldn’t do to simply say, ‘Don’t hate me, I’m not a Muslim.’”

As he reflects on the Oak Creek shooting today, Amardeep Singh and the Sikh community extend the circle of their compassion. On the one hand, the shooting reminds Sikhs that they remain marginalized and vulnerable in American society. For example, Sikhs cannot currently serve in the U.S. military. On the other hand, Sikh spirituality seeks “buoyant optimism” for all of humanity. In the wake of Oak Creek, Singh reports, Sikhs were praying not only for the victims but even for the shooter – and for all people. Awareness of their own marginalization empowers them to value everyone, even people who kill in hate.

Oak Creek may seem a long way from ancient Galilee and Luke 12, and it is. In Luke, however, I see two threads that resonate deeply with Amardeep Singh’s wisdom.

First, the demands of Luke 12:32-40 may strike our ears as harsh. But the passage sets divine generosity as the larger context. The passage indeed calls for the renunciation of property, and it admonishes disciples to remain on the alert at all times. But consider how Jesus’ instructions begin: “It is your Father’s good pleasure to give you the kingdom.” Discipleship emerges not from fearsome demands but from the outpouring of God’s love. Divine generosity sets the tone for all of God’s expectations.

Amardeep Singh might well interpret divine generosity in terms of charhdi kala, or “buoyant optimism.” Jesus calls his disciples to embrace life, not to abandon it. By giving up our attachments to items that may seem necessary, we find the true sources of life and vitality. By remaining alert in every moment, we open ourselves to divine presence in its fullness. When we give up the illusion that we can enter the kingdom by trying harder, we receive its abundance. “It is your Father’s good pleasure,” Jesus begins.

Second, the passage undermines any notion of status-reward system to which we might cling. The New Testament’s slave imagery bothers me. Slavery posed a horrific reality in the Roman world. Millions of people lived, suffered and died – before their time – as slaves. Jesus knew this reality, and so did the author of Luke. If it were up to me, the Gospels would never have used slave language as a metaphor for discipleship. But they do.

However this passage reverses that offensive slave imagery. It calls disciples to see themselves as slaves, ready for the Lord’s return. (Many translations render the Greek kyrios as “master,” but here it seems to refer to Jesus’ return.) And what a remarkable return. Upon finding those watchful slaves, the master performs the unthinkable act. He reverses roles, takes on the tasks of a slave, and serves those who would have served him.

Luke’s Gospel stands out for its vision of role reversal. The mighty come down, and the lowly find themselves exalted. The rich go hungry, while the poor are filled with delights (1:52-53; 16:19-31). Priests and temple functionaries pass by victims, while hated Samaritans demonstrate the meaning of faithfulness (10:25-37). Sinners attain justification, while the prayers of the righteous rebound against the floors of heaven (18:11-14). According to Luke, Jesus holds no patience with our assessment of who counts and who does not. While our Sikh neighbors labor for all to receive dignity, they pray even for their assailants.

Perhaps Amardeep Singh and his faith community have a few things to teach us about following Jesus. That may not be their language, and we respect the integrity of their own path. But if following Jesus is our path, we can benefit a great deal from divine generosity and the buoyant optimism that fosters life and dignity for everyone. 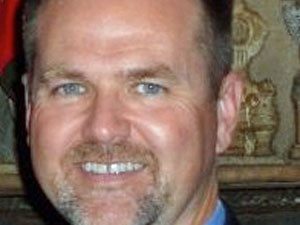 Greg Carey, is the Professor of New Testament at Lancaster Theological Seminary, Lancaster, PA. His most recent book, Sinners: Jesus and His Earliest Followers, pursues the role of transgression in early Christian identity. His research interests include apocalyptic literature, the Gospel of Luke, and literary and rhetorical interpretation of the New Testament, and he has appeared on the BBC, Discovery Channel, and National Geographic Channel.

Greg lives in Lancaster, Pennsylvania, with his two daughters, where he actively volunteers in the local United Way. He is a native Alabamian and a graduate of Rhodes College, the Southern Baptist Theological Seminary, and Vanderbilt University (PhD, 1996). He enjoys golf, tennis, hiking, and crying over the Atlanta Braves. A layperson, Greg serves as Scholar in Residence at Lancaster’s Evangelical Church of the Holy Trinity.

August 12, 2013 The Ballad of Sour Grapes
Recent Comments
0 | Leave a Comment
Browse Our Archives
Related posts from On Scripture - The Bible