The Ballad of Sour Grapes

Many of life’s memorable moments can be brought to mind just by hearing a favorite song.  Consider Sam Cooke’s protest song, “A Change Is Gonna Come,” and the ways it evokes the civil rights crisis of the early 1960’s, or John Lennon’s song of peace, “Imagine,” which has as a point of reference the Vietnam War. These and many other songs not only encapsulate moments of the human experience but also give voice to a social critique.

Speaking to power through song was a common practice among the prophets of Israel. In Isaiah 5:1-5, the prophet who writes switches to the role of ballad-singer, introducing his listeners to a song titled “My Dearest Friend’s Vineyard.” The ballad begins by narrating the story of a dear friend’s vineyard on top of a fertile hill and recounts the labor that went into caring and maintaining this vineyard. “He dug it and cleared it of stones, and planted it with choice vines; he built a watchtower in the midst of it, and hewed out a wine vat in it; he expected it to yield grapes, but it yielded wild grapes.” (v. 2)

With poetic leaps, this song transports us to the top of a hill, inside of a watchtower, and through a wine vat. We are invited to linger on the long time-lapse of the planting season—from seedling to yielded grapes. Yet rather than languish in the nostalgia of country life, the ballad-singer moves us to the crisis of a vineyard yielding worthless sour grapes.

Following the song, the ballad-singer returns to a prophetic voice and identifies his listeners as the “inhabitants of Jerusalem and people of Judah.” (v.3) Indeed, the themes expressed in his narrative ballad would have resonated deeply with the cultural life of the prophet’s Judean audience. This was a song of and for the Judeans.

Speaking on behalf of the God of Israel, the prophet interprets for his listeners the song’s underlying message. The crisis of worthless sour grapes is decoded as acts of oppression and injustice in Judean society (v. 7).  As a result, God, the vineyard owner, will no longer attend to the upkeep of the vineyard: “I will make it a waste; it shall not be pruned or hoed, and it shall be overgrown with briers and thorns; I will also command the clouds that they rain no rain upon it.” (v.5, NRSV)

Oppression and injustice were not solely issues endemic to the ruling class in Judean society. Isaiah’s lyrics emerged in an age of unprecedented cultural, social, and economic conflict. By the end of the 8th century B.C.E., the Assyrian Empire had conquered the northern kingdom of Israel and coerced the southern kingdom of Judah into becoming a vassal state. Those resisting Assyrian rule were faced with violent military conquest and the dehumanizing experience of exile. Indeed, such hostile conditions had the capacity to bring the worst out in Israel’s rulers, as in the case of Ahaz King of Judah in 2 Kings 16.

Friends of the Neighborhood

Isaiah, the ballad-singer, sings of a particular friend and his failed vine crop to speak about broader issues of injustice and oppression. His prophetic gaze required that his listeners look first to “my dearest friend”, the most vital of all human relationships, in order to understand the wider workings of oppression in elite Judean society.

If, through broader networks of power, injustice is linked, it is no less true that injustice is encountered locally in neighborhood markets, schools, churches, and even corner fast-food joints. Today it is useful to begin not with the unseen oppressive power networks in our society but with their effects on those closest to us. Just ask the single parent serving dollar ice cream at a favorite fast-food hangout if he or she would like better hourly wages.

While fast food CEO’s average a daily salary of $25,000, workers at fast food companies in New York City make only 25% of the money they need to survive.  Single parents earning the current federal minimum wage of $7.25 an hour are, as Jillian Berman of the Huffington Post describes, not able to survive even in America’s cheapest counties. The Wider Opportunities for Women estimates that women are 50% more likely than men to earn the minimum wage. Compound this with the status of single motherhood and the needs of the household intensify exponentially.

Dependent on minimum wages are children, who like any other child in the U.S., deserve access to healthy food, clothing, affordable shelter, and descent education. Within the current reconfigurations taking place in the U.S. economy, the new modes of production continue to privilege those like the CEO’s of fast food companies. Yet, as Isaiah’s ballad reminds us, these wider realities have a local impact on the everyday friend, who routinely rises every morning to try and make ends meet on meager wages. The current vineyard of the fast-food industry has not stopped producing sour grapes, which is the massive sale of cheap empty calories at the wage of $7.25 an hour.

Listening to music, spending time with friends, and the fruit of the vine would rightly describe our society’s most familiar hour: Happy Hour. However for many minimum wage workers in the fast food industry, the hours of their working lives are far from happy. Their song has become the ballad of sour grapes, wherein they sing, “he expected it to yield grapes, but it yielded wild grapes.” (v. 2) 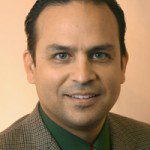 Cuéllar has a wide range of teaching experience, both as a professor and a pastor. As a scholar, he has had international exposure from Latin America to Europe. His research focuses on the intersections of Biblical Interpretation, Postcolonial Theory, Museum Studies, and Archival Theory.

His most recent book is Voices of Marginality: Exile and Return in Second Isaiah 40-55 and the Mexican Immigrant Experience (Peter Lang Publishing, 2008). His forthcoming book is Archival Criticism: The Interrogation of Contexts and Texts in Early Modern Biblical Criticism. 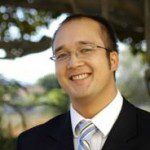 Is The Earth REALLY Only 10,000 Years Old?
No.
view all Progressive Christian blogs
What Are Your Thoughts?leave a comment
Copyright 2008-2021, Patheos. All rights reserved.