On Memorial Day we honor those men and women who have died while in military service for their country. The day also gives us the opportunity to recognize living veterans who continue to struggle with their experience overseas and the hardship of reintegrating into “normal” life. Vets carry “deaths” in their hearts and minds.  We can find ways to walk with them so they can grow new lives and find peace.

One day, a normal day, after I dropped the kids off at preschool I turned to the MSNBC Sirius channel to catch up on the news. I heard a snippet of a speech by Paul Ryan.  Someone had asked him to comment on an upcoming meeting between him and Donald Trump. Rather than talking about the meeting, Ryan chose to highlight his support of upcoming Wisconsin legislation designed to support Vets.  He referenced a story from a local Milwaukee paper story about military veteran Jason Simcakoski who died of an overdose while in a veterans’ medical facility.

The article about Simcakoski was written by Aaron Glantz, of The Center for Investigative Reporting. In it Glantz states that the vet checked himself in because he was experiencing a range of emotional disorders that were destroying his family. Simcakoski was given a 14-drug cocktail and died when they added a 15th drug to the mix. The facility doctors had a reputation for overmedicating Vets rather than working on healing and recovery.

It is interesting that Ryan would lift up this vet’s story, especially because the legislative bills Ryan is supporting take time to craft and pass, and often come too late. It is truly tragic for Ryan to take the political opportunity to pay lip service to vets like Jason Simcakoski, yet do little to tangibly support their re-entry into society.

In Luke’s story I am drawn to the character of the centurion. Stories about centurions show up frequently in the Gospels and in Acts.  Author Jeannine Brown notes that centurions were a part of daily life because of Roman occupation in Judea and Galilee during the first century.  She observes that in many places, including the Luke text for this week, centurions are represented as human, dimensional characters that are sympathetic toward Jesus and believe in his power and teaching.

I am reminded of the need to constantly recognize the humanity of those who serve in the military. Luke’s story instructs us of the need for the humanizing of people who are often stripped of their fragility and vulnerability because they are viewed as machines of the state.  The video, “How Can Faith Communities Help Military Families?” and Luke’s story of this centurion remind us that vets are like anyone else. They have families. They have loved ones. They have households. They have livelihoods. They have moral struggles and anxiety, and they have regrets and questions.

Vets are as susceptible to death as all of us. Jesus’ response of healing care can encourage and lead us to care for our military personnel at various levels, especially as the church. It is imperative that we provide for their physical, mental, emotional and spiritual care as they sacrifice a great deal to serve their countries.

In an article written by Samuel G. Freedman for the New York Times,  pastor, scholar, and theologian Rita Nakashima Brock is highlighted as one who has made it her life’s work to tend to “the spiritual wounds of warriors, seeking theological answers to the condition among veterans called ‘moral injury.’” Freedman states, “In her current position at Brite Divinity School in Fort Worth, she has begun the first program in the nation aimed at moral injury to develop a treatment that she terms ‘soul repair.’”

Freedman goes on to note, “Moral injury might best be defined as an affliction of the soul, as distinct from a specific mental health condition like post-traumatic stress disorder. It arises, to speak in a very broad way, from the way a combatant’s actions in war seem to violate and thus undermine the most deeply held moral beliefs.”

As the church, we can support the ministries and chaplains that are present to the military community specifically through acts of solidarity like awareness, gratitude and prayer.  Freedman stated, “What is essential, she said, is that a community participates with the veterans, reducing the shame and isolation associated with moral injury.”

I write this during a stay in the Taizé community in France, a place whose central ethos is rooted in faith formation, reconciliation, and ecumenism. It is a place of contemplative quiet and peace. In this time we have reflected as a community on the theme of mercy and the continuous call to integrate it into all our relationships and communities.

May we be challenged by the radical mercy and hospitality of Jesus who leads us to embody his mercy—his welcome, his grace, his compassion—in all our work. May we be bearers of God’s healing peace. 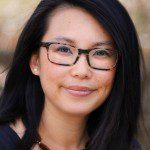 Mihee Kim-Kort is mostly a stay-at-home mom to three, but moonlights as a Presbyterian minister and writer. She and her family live in Indiana in the heart of Hoosier country where she ministers with college students. While a mountain girl (Colorado) at heart she misses the fast-paced energy of the East Coast where she and her husband met in seminary. Meanwhile, she makes due with the parks and hills of Bloomington, and the rush of chasing after her twins with baby #3 in her Ergo. She recently published her first book – Making Paper Cranes: Toward an Asian American Feminist Theology (Chalice Press), and is working on two more projects – Streams Run Uphill: Conversations with Young Clergywomen of Color (Judson Press) and the tentatively titled Yoked: Stories of a Clergy Couple in Marriage, Ministry, and Family (Alban). She blogs regularly at First Day Walking, and contributes to 8 Asians, Deeper Story, and Fidelia’s Sisters.

May 30, 2016 An Amazing Partnership with God (1 Kings 17:8-24)
Recent Comments
0 | Leave a Comment
"Thank you for this post. You touch on one of my dilemmas - honoring our ..."
John Gills Support Those Who Have Served (Luke ..."
"I did not see Mihee place any restrictions on thanking veterans everyday. She just talked ..."
WayneMan Support Those Who Have Served (Luke ..."
"Your article is so deceiving. Posted for Memorial Day weekend and your first sentence says ..."
Mary Support Those Who Have Served (Luke ..."
"You idiot Boko isn't a person. Typical thoughtless rambo crap. Sit down, nobody needs your ..."
GayPirate Chibok Girls: We Will Not Be ..."
Browse Our Archives
get the latest from
Progressive Christian
Sign up for our newsletter
POPULAR AT PATHEOS Progressive Christian
1