“Even though our eyes don’t see, our souls see.”  — Babylonian Talmud, Megilah 3a

Caryl Barnett was a congregant who died last year from cancer at the age of 78. Caryl was fierce — a skier, biker, mountain climber, therapist, synagogue leader, and mother. And she was blind. She lost her sight in her 20s from a rare disease. But she never lost her vision.

This week we mark Shabbat Hazon, the Sabbath of Vision. It takes its name from the opening words of the book of Isaiah, the selection of prophetic text we read this Shabbat morning. The prophet’s vision emerges from a place of raging pain; it is the final of three “affliction” readings in preparation for Tisha B’Av, the day we commemorate the ancient Temple’s destruction.

How can pain and struggle, lament and weeping, help us clarify our vision?

As Caryl was dying, our congregation, Shir Tikvah, which she helped found 25 years ago, was going through a visioning process. After 25 years, we sought to reaffirm our core values and carry them forth creatively into the future. We also needed rethink some things. Synagogue life had changed a lot in the past decades, and we had to clarify key elements of our vision as a sacred community.

The president of our synagogue convened a planning group in October 2011 in advance of a congregational retreat the following February. A vision-drafting team was then appointed and spent the next eight months crafting a statement. And then they spent four months — a full year after the original Visioning Shabbat — engaging the community in conversations about what mattered to them: Do these words resonate with you? Does the new vision statement inspire you? Fill you with awe? Make you uncomfortable or nervous?

The writing group then took the feedback, regrouped and produced a final statement that the congregation evaluated for another three months before approving it unanimously in May 2013, some 18 months after the start of the process.

I must admit that I naively confused the process with the product; somehow, I thought that if we could create a really good vision statement, everything else would just fall into place.

The process itself stirred our souls; it invited us to reveal wounds from the past, to share painful stories of exclusion, wandering, and suffering alongside hopeful stories of love, intimacy, and connection. It invited us to look at who we were and who we longed to be. It helped us explore with greater honesty and openness what makes for a vital Jewish congregation in the 21st century and how we could make a greater impact in the world. Further, it required us to take responsibility for who we were not yet — and to step up to do the holy and hard work of moving from here to there.

When Caryl learned she was losing her sight in her 20s, with two small children, she decided to go to graduate school. Faced with anguish, she sought to adapt; confronted with new limitations, she committed to resilience.

Caryl was an inspiration and a wise counselor. During our visits, I would report to her that things were moving slowly with the visioning process. Breathe, said the woman dying of lung cancer.

We often think that great spiritual insights happen in dramatic, clichéd, Hollywood moments: a mirage in the desert, a stranger on the road, a messiah dressed in beggar drag.

Rabbi Abraham Joshua Heschel offered sage advice on the experience of prayer that applies to life more broadly: “Prayer is no panacea,” he wrote in his book Man’s Quest for God, but a sacred context in which we “grope and stumble,” attempting to discover what is right and good. While we may experience flashes of inspiration or insight, it is only through ongoing search and reflection that we can hone our spiritual vision.

Shabbat Hazon — the Sabbath of Vision — is a time to pause, to allow our tears to flow, so that we might see more clearly.

It takes courage to live a visionary life—courage to listen, to open our hearts to great spiritual truths that may come to us only through the deliberate engagement with loved ones, communities, and those with whom we don’t always agree; courage to imagine a different life and world; and the tenacity to make our dreams real.

On this Sabbath of Vision, pause for a moment and sit with these questions: What does your soul see? What is the vision of your most compassionate and generative self? How can you help create sacred community? And with whom will you work to make this happen?

Rabbi Michael Adam Latz has been Shir Tikvah Congregation’s (www.shirtikvah.net) Senior Rabbi since July 2009 and previously was the founding rabbi of Kol HaNeshamah in West Seattle. He brings to the congregation boundless energy, heartfelt compassion, and commitment to fostering an authentic and engaging Jewish spiritual community. Michael is recognized as a leader on fair housing, ending gun violence, marriage equality, and progressive social change. He believes the rabbi’s job is to teach and live Torah in the very busy intersection of spirituality and justice. Michael was ordained by Hebrew Union College-Jewish Institute of Religion in 2000. He has written for socialaction.com, “Peace in Our Cities: Rabbis Against Gun Violence,” and his sermon, “The Unbinding of Isaac,” was selected by Sh’ma magazine as one of the 18 best sermons of 1999.

ON Scripture — The Torah is a weekly Jewish scriptural commentary,produced in collaboration with Odyssey Networks and Hebrew College. Thought leaders from the United States and beyond offer their insights into the weekly Torah portion and contemporary social, political, and spiritual life. 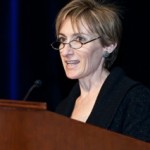 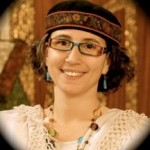 July 15, 2013 Grief and Consolation in the Month of Av (Isaiah 40:1-26)
Recent Comments
0 | Leave a Comment
"Thank you Rabbi.I think of people in their late 50/early 60s wiped out by the ..."
Yonah Life on the Margins (Tazria, Leviticus ..."
"I am intrigued by the concept of "manna from heaven." Are we to assume that ..."
Y. A. Warren Manna to Worms: Spiritual and Political ..."
"As a progressive, universalist Follower of Rabbi Jesus, I appreciate the message of this article. ..."
Grace Terry Telling the Story of Creation Today ..."
"Thank you, Rabbi Green, for your excellent summation. I find myself in similar territory as ..."
Gary Telling the Story of Creation Today ..."
Browse Our Archives
Related posts from On Scripture the Torah