This week we observe the saddest day on the Jewish calendar: Tisha B’Av, the ninth day of the Hebrew month of Av. It is a national day of mourning, when Jews throughout the world focus their attention on the destruction of the Temple of Jerusalem (first by the Babylonians, in 586 BCE, and then again by the Romans, in 70 CE) and the beginning of the long and tumultuous exile that followed.

Tisha B’Av is the culmination of a period of three weeks of mourning, which begins on the 17th day of Tammuz, the day the Roman army breached the walls surrounding Jerusalem in 69 CE. During this extended mourning period, many traditional Jews express their grief by refraining from public celebrations, live music and various other acts deemed as festive or luxurious. The mourning practices intensify with the onset of the month of Av.

According to Jewish tradition, the ninth of Av is not only the date of the destruction of the temple in Jerusalem, but also the anniversary of several other national tragedies throughout our history. This attribution is less about historical accuracy and more about collective memory. By marking all of these tragedies on one day, our ancestors created a powerful framework in which to address the subject of suffering, particularly communal suffering.

Interestingly, the shift in mood after the conclusion of the “Three Weeks” (and the “Nine Days”) is as dramatic as the mourning period that precedes it. The Shabbat following Tisha b’Av is called Shabbat Nahamu, the “Sabbath of Consolation,” which takes its name from the words of the prophet Isaiah we read in synagogue this coming Saturday morning:

and declare to her that her term of service is over,

that her iniquity is expiated;

for she has received at the hand of the Lord

double for all her sins

The prophet continues to speak words of comfort to the people regarding the revelation of God’s mercy at the time of redemption. In so doing, he draws on the imagery of a shepherd caring for his flock:

gathering the lamb in God’s arms,

carrying them in God’s bosom,

For me, this time on our calendar is highly emotional, marked by both joyous and bitter life experiences. This is the Shabbat on which I celebrated my bat mitzvah — the day I took my first steps into Jewish adulthood 27 years ago. But July 18, 1994 (the 10th of Av), was the date on which my mother, Susy Wolynski Kreiman, was murdered along with 84 other people in the bombing of the AMIA building in Buenos Aires, a national center of Jewish life.

On July 18, 2013 — like every year since the attack — there will be a public commemoration in Buenos Aires. This year’s slogan is “La herida sigue abierta” — the wound remains open.” Nineteen years after the bombing, the perpetrators of this heinous attack have not been apprehended. We are still waiting for justice to be served. For many people, this is a crucial part of the healing process.

Earlier this year, the Argentinean government signed a memorandum with Iran aimed at resolving the case. This process led to the establishment of a truth commission to review the crime. Most members of the Jewish community of Argentina, as well as several international Jewish organizations, strongly reject this accord. They argue that it is hypocritical for the Argentinean government to enter into a relationship with the very country that has harbored the AMIA bombers for all of these years (not to mention its deplorable record on terrorism more broadly). For others within the Jewish community, this memorandum has created some hope that justice will be served, even as this hope is tempered by great skepticism.

As I contemplate this political development, the words of Isaiah bring me comfort. I find solace knowing that, despite the vicious acts of these terrorists and other forms of malice, we have the capacity to do good and to create a better future. Our tradition teaches us that a loving and just God supports us in this holy work. Nothing will bring back to life my mother and the other 84 victims that perished with her, but I refuse to give into despair. My pain is real and I believe that good will triumph over evil. As the Rev. Martin Luther King Jr. famously said, “The arc of the moral universe is long, but it bends toward justice.”

Only six days after Tisha B’Av we mark Tu B’Av, the 15th of Av, the great Jewish celebration of love. The early rabbis regarded it as one of the most joyous days on our calendar (Mishnah Ta’anit, chapter 4). Tu B’Av is considered an auspicious day for marriages, a time to publicly celebrate the power of love and to invest in the future. The transition from Tisha B’av to Tu B’Av — bridged by Isaiah’s words of comfort — comes to remind us that despite our pain, we must keep hope alive. We don’t end this sacred cycle of time with mourning and tears; rather, we acknowledge our grief, seek out God’s compassionate presence and move forward, celebrating the gifts of love, consolation and the possibility of new beginnings.

Rabbi Claudia Kreiman is associate rabbi at Temple Beth Zion in Brookline, Mass. She grew up in Santiago, Chile, and lived in Argentina. She moved to Israel and entered the Rabbinical School of the Schechter Institute for Jewish Studies (the Israeli Conservative seminary), where she was ordained in 2002. Upon ordination, Kreiman became the rabbi of NOAM, the Masorti/Conservative youth movement in Israel, and was an Israeli rabbinic fellow at B’nai Jeshurun in New York City. Prior to joining Temple Beth Zion, Kreiman served as Jewish studies director at the Jewish Community Day School in Watertown, Mass. 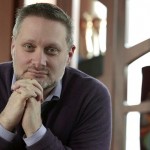 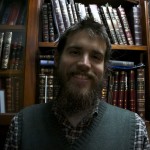 July 25, 2013 Learning to Listen (Ekev, Deuteronomy 7:12-11:25)
Recent Comments
0 | Leave a Comment
"Thank you Rabbi.I think of people in their late 50/early 60s wiped out by the ..."
Yonah Life on the Margins (Tazria, Leviticus ..."
"I am intrigued by the concept of "manna from heaven." Are we to assume that ..."
Y. A. Warren Manna to Worms: Spiritual and Political ..."
"As a progressive, universalist Follower of Rabbi Jesus, I appreciate the message of this article. ..."
Grace Terry Telling the Story of Creation Today ..."
"Thank you, Rabbi Green, for your excellent summation. I find myself in similar territory as ..."
Gary Telling the Story of Creation Today ..."
Browse Our Archives
Related posts from On Scripture the Torah