Joseph was a beautiful boy, so beautiful, in fact, that his father was bewitched by his beauty, loving him more than all of his other sons. In the “Testament of Joseph” — part of a collection from late antiquity purporting to tell the first-person account of each of the 12 sons of Jacob — Joseph is quoted as saying, “[God] gave me … beauty as a flower, beyond the beautiful ones of Israel” (see James Kugel’s “In Potiphar’s House”).

It was because of this beauty, along with Joseph’s attendant arrogance and Jacob’s favoritism, that Joseph’s brothers hated him with a hatred like a thick, dark shadow eclipsing the light of this dazzling boy; they threw him into a pit and sold him into slavery in order to erase him from before their eyes.

When analyzing this story from a psycho-spiritual perspective, we might think of Joseph’s brothers as playing the role of the “shadow” in a mode imagined by the pioneering psychotherapist Carl Jung. As Jung explains, the shadow is an essential piece of the puzzle of the psyche without which light and vision cannot exist. Painful as it may be, recognition and integration of the shadow are absolutely essential for a person, a family or a community to function well.

“To confront a person with his shadow,” Jung wrote in 1959 in “Good and Evil in Analytical Psychology,” “is to show him his own light.” Jung continues:

Once one has experienced a few times what it is like to stand judgingly between the opposites, one begins to understand what is meant by the self. Anyone who perceives his shadow and his light simultaneously sees himself from two sides and thus gets in the middle.

This week’s portion of Vayigash tracks Joseph’s development from servitude to his ascension to the position of viceroy of Egypt. It is in this context that he reencounters his brothers after years of separation. A devastating regional famine forces the brothers to venture forth from Canaan to Egypt in search of food (Genesis 42). Eventually, they arrive at the royal palace where they plead their case before the viceroy; the brothers do not recognize that they are actually standing before Joseph. Joseph, however, recognizes his siblings, but chooses not to reveal himself to them immediately. It is in this context that he faces — for perhaps the first and only time — the sheer power of the conflict between shadow and light he has borne all his life.

In one particularly striking scene, after seeing his youngest brother, Benjamin (both the children of Rachel), Joseph excuses himself and weeps privately in his personal chamber (Genesis 43:30). Here, we imagine, he reflects on the dramatic and unlikely arc of his life. Once the discarded beautiful boy, he is now the savior; his destiny as a great leader that he foresaw for himself in his youth — and which fueled his older brothers’ hatred for him — has finally come to pass. In his solitude, Joseph sees the full spectrum of light and shadow, and realizes that there is a unique opportunity before him for integration and resolution, even if fleeting.

When Joseph finally reveals himself to his brothers in chapter 45, he cries again. This time his wailing is public: “And he wept aloud; and the Egyptians heard, and the house of Pharaoh heard” (Genesis 45:2). This is the cry of the beautiful boy now aware of the great cost and reward of his beauty. In this moment of self-revelation, Joseph asks his brothers but one question: “Does my father yet live?” (Genesis 45:3). He wishes to take back what the shadow took from him so long ago: Jacob.

In thinking about the powerful hold of shadows and light and fathers and sons that reason cannot explain but art is continually drawn towards, we might imagine John Lennon as Jacob responding to Joseph’s plea. Lennon was perhaps the world’s most famous stay-at-home dad during the period between the end of his public music-making in the mid-1970s and his final album “Double Fantasy,” released just three weeks before he was murdered in 1980. He wrote “Beautiful Boy” for his son Sean with shadows on his mind:

John Lennon had a very painful childhood that both shaped and embittered him for years to come. Son to an absent father, given up by his mother when he was 5 and raised by an aunt, Lennon still overachieved thanks to and in spite of his shadow, doing nearly as much as any contemporary figure to fight a Joseph-like fight against spiritual and emotional famine as an artist. The beauty of “Beautiful Boy” is not just a love song of a father to a son, but a song of integration of shadow and light Lennon sings to himself. He is the beautiful boy — cast off and then becoming wildly successful like Joseph — who now finds a measure of peace with himself as a father.

Later in the song, Lennon sings, “Life is what happens to you/While you’re busy making other plans.” No one wants the terror of a shadow or a monster to disrupt the beauty and light of innocence, but one way or another, the shadow always comes.

“When I tell that I’m doing fine watching shadows on the wall,” Lennon sings in “Watching the Wheels,” another song from Double Fantasy. Looking at shadows on the wall and really understanding them for what they meant must have all but broken Joseph. At the same time, his confrontation with his shadow is not only one of his bravest moments and a moment of great emotional release, it is also the only passageway to eventual healing for him and his family (“Mitzraim,” the Hebrew name for Egypt, literally means “narrow straits”). Joseph must confront his shadows in the confines of his private chamber if — as Jung and Lennon both learned — change is going to come.

Dr. Stephen Hazan Arnoff is Director of Culture, Community and Society at Shalem College in Jerusalem, Israel’s first four-year liberal arts college. He served as Executive Director of the 14th Street Y in New York City 2007-13, overseeing the tripling of the size of the Y’s core programs and the founding of LABA: A Laboratory for New Jewish Culture. He holds a doctorate in Midrash and Scriptural Interpretation from the Jewish Theological Seminary of America and publishes, lectures, and teaches on art, religion, music, and Judaism widely. Most recently, he contributed chapters on Bruce Springsteen and the Bible to Reading the Boss: Interdisciplinary Approaches to the Works of Bruce Springsteen (Lexington Books) and Bob Dylan and religion to Dylan at Play (Cambridge Scholars Publishing). He is currently completing a book on religion, myth, and rock and roll and blogs at http://talkinhavanagilahblues.blogspot.com. 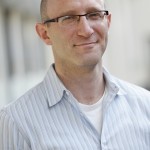 December 4, 2013
The Power of this Moment: Lighting the Menorah
Next Post 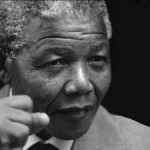 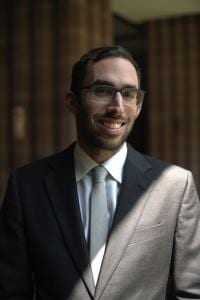