The Power of this Moment: Lighting the Menorah

There has been a lot of excitement within the Jewish community about the recent Pew Research Center survey of the American Jewish community. Some people are optimistic about the findings and its implications for the future of the Jewish people in this country, while others are deeply pessimistic. As we contemplate how to move forward as a community, it is worth paying attention to the story of Hanukkah as told by the rabbis of the Talmud.

The Talmudic story is the famous one many of us learned in our childhood about the small cruse of oil miraculously lasting for eight days. “Mai Hanukkah? What is Hanukkah?” the rabbis ask as they begin telling the story. You might have thought that the answer was obvious: On Hanukkah we celebrate the unexpected military victory of the small band of Maccabean fighters over the great forces of the Syrian Greek monarchy. But the rabbis take the story in a different direction, shifting the focus from historic events to mythic truths.

When the royal Hasmoneans [Maccabees] defeated the Syrian Greeks, they searched and found but one pure cruse of oil for lighting the menorah in the Temple. It contained only enough oil to light the menorah for one day. But a miracle occurred and they lit the menorah from it for eight days. The following year these days were fixed as a sacred occasion, a time for… offering special prayers of thanksgiving (Babylonian Talmud, Tractate Shabbat 21b).

The rabbis saw that there was something enduring about the story of Hanukkah, but a fleeting military and political victory was unstable ground upon which to construct a meaningful and lasting ritual event. And so, they direct our attention to the moment after the victory, as the Jewish people begin to pick up the pieces of their lives.

What are we to make of this rabbinic story? What mythic truths does it come to teach us?

The answer I want to offer begins by noting the intriguing choice the rabbis make in focusing on the menorah. In their oppression of the Jewish community in the land of Israel, the Syrian Greeks defiled the Temple, including its two most sacred elements: the altar and the Holy of Holies. Yet, in narrating the story of the recapturing and rededication of the Temple, the rabbis home in on the menorah.

Light is a symbol of the Divine. According to the Torah, it is the first element of creation (Genesis 1:3) and the means through which God first speaks to Moses at the burning bush (Exodus 3). Moreover, Proverbs teaches that the “mitzvot are a candle and Torah is the light” (6:23). Light represents God’s manifest presence in the world, and the mitzvot are the vessel we use to behold and bring forth this radiance.

The menorah in the Temple represents God’s presence in the world and our commitment to help God’s light shine. In the mythic landscape of the rabbi’s imagination, a Temple with an unlit menorah is a world in which God’s presence is diminished. Recapturing the Temple from the Syrian Greeks was only a precursor to confronting the main crisis that occurred under Antiochus: the exile of the sacred. The lamp had to be lit.

But here, the rabbis add an interesting twist: when Judah and his comrades enter the Temple, there is a dearth of oil. It might have been enough in this story simply to relight the unlit lamp of God. Why do our ancient sages add this dramatic wrinkle? What might it teach us about lighting the flame and then attending to it day after day, month after month, year after year?

This is a story of spiritual struggle, in which after we relight the sacred flame, we realize the fleeting nature of our efforts. God, the Sacred, can only be experienced for a moment. We might wonder if it is even worth lighting the menorah, which is to say, to engage in sacred acts even if they may be fleeting.

Not so the Hasmoneans. They light. For them the present is irresistible. The moment of re-entering the Temple is a moment guided by inspiration, not calculated analysis. The Hasmoneans have an opportunity, after so long, to light the Light. They can bring out sacredness in the world in a way they could not when oppressed. It may be fleeting, but for a moment, they will experience the glow of the Divine. This opportunity for spiritual renewal is too compelling to pass up.

Make no mistake about it, the Maccabees were expert tacticians — how else could they have garnered this shocking victory over the great Syrian Greek army? Further, when we read historical materials about this struggle, we learn just how much intra-Jewish political maneuvering they engaged in with their co-religionists.

The rabbis, too, are exhibiting great strategic thinking in shifting the emphasis of the story of Hanukkah away from the armed conflict and focusing our attention on the little cruise of oil. In so doing, however, they are teaching us an important lesson about the relationship of the present and the future.

We must analyze, evaluate and plan, but we must also not lose touch with the possibility of the moment. One of the key lessons of the Hanukkah story is that if we are to create an enduring future, we must have the wherewithal to fashion sacred moments here and now that uplift our spirits and have the potential — but never the certainty — of becoming touchstones for us and for future generations.

Rabbi Daniel Klein is the Director of Admissions for the Rabbinical School of Hebrew College and the Director of Student Life for the College. Rabbi Klein is also the Rabbi in Residence at The Boston Synagogue. He earned his BA from The University of Chicago and was ordained by Hebrew College in 2010. After living, studying and working in Chicago, San Francisco and New York, he now lives again in Newton with his wife Jen and their two children, Micah and Nora. 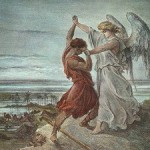 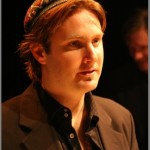 December 5, 2013 Carl Jung, John Lennon, and Joseph: The Shadow & The Beautiful Boy (Vayigash, Genesis 44:18-47:27)
Recent Comments
0 | Leave a Comment
"Thank you Rabbi.I think of people in their late 50/early 60s wiped out by the ..."
Yonah Life on the Margins (Tazria, Leviticus ..."
"I am intrigued by the concept of "manna from heaven." Are we to assume that ..."
Y. A. Warren Manna to Worms: Spiritual and Political ..."
"As a progressive, universalist Follower of Rabbi Jesus, I appreciate the message of this article. ..."
Grace Terry Telling the Story of Creation Today ..."
"Thank you, Rabbi Green, for your excellent summation. I find myself in similar territory as ..."
Gary Telling the Story of Creation Today ..."
Browse Our Archives
Related posts from On Scripture the Torah