I recently had to report for jury duty. I had been summoned for jury service before, but this was the first time I did so in New York City. In the past I had found that, despite the hours away from my regular responsibilities, being an active part of the justice system was an inspirational and worthy thing to do. The framers of the Constitution were idealistic enough to envision that ordinary citizens could be trusted to hand down just verdicts. Of course, their definition of “ordinary citizen” did not extend to women or nonwhites. But still, the privilege of listening to the evidence and rendering a verdict was one I was glad, even honored, to take on. And the two previous juries on which I served — one criminal, one civil — were indeed thoughtful and rendered what I considered to be good verdicts.

This experience was quite different. It began with a 30-minute wait in subfreezing temperatures for security screening. During jury instructions, the clerk, rather than noting the nobility of the task before us, warned that we’d be fined and thrown back into the jury pool if we didn’t silence our cellphones in the jury room or failed to sign in and out when visiting the restroom. When an older woman asked for clarification about an issue she had not understood, the clerk curtly told her that he was not taking questions. I could feel the resentful, rebellious energy starting to simmer in me and in my fellow prospective jurors. I began to wonder what impact this would make on our ability to concentrate on testimony, keep an open mind and render a thoughtful verdict.

When called to the courtroom for the voir dire, we were informed that the case involved an African-American panhandler charged with third-degree assault. Apparently, the arresting police officer broke his hand when punching the suspect during a struggle. I was appalled by the idea that a man punched in the face could be charged with assaulting the officer who punched him. (not to mention the inherent racial and power dynamics). I had to admit that I could not apply what I considered to be an immoral law, and so I was subsequently dismissed from the case. I left the court angry, frustrated, and somewhat disillusioned.

As a spiritual person, I believe that the violence of our society, the ineffective and sometimes unjust policies of our justice system, the unbending attitude of the clerks, and my own resentfulness are all different manifestations of the same brokenness in our world. Some might say that’s just the way things are. But our Torah portion this week offers another possibility.

Vayakhel takes place immediately after the episode of the greatest sin committed in the Torah: the creation of the Golden Calf, an idol intended to take the place of God. Our portion starts a fresh chapter. Essentially, it is about the creation of systems: the Sabbath and the Tabernacle, holy time and holy space to help the Israelites remember what it means to live a religiously committed life of justice and devotion to God. These are institutions that would serve to bring people together and shape their society.

The Torah tells us that to set the plans in motion to actualize these institutions, Moses gathered the entire assembly of the Children of Israel: men and women, common folk and princes (an example apparently lost on the framers of the Constitution). Everyone was required to participate in the holiness of the Sabbath. Everyone could contribute something to the building of the Tabernacle.

Some biblical commentators turn the focus toward the personal and interpersonal. Rashi, for example, notes that this gathering took place on the day after Yom Kippur. Yom Kippur, of course, is a day of intense personal introspection, a time in which we imagine God examining our innermost heart. It is also a day that liturgically begins with the assumption of Divine forgiveness; even before we confess our sins, we recall God’s response to Moses: “I have forgiven as you have spoken” (Numbers 14:20).

Rabbi Moshe of Kobrin, an early 19th-century Hasidic master, expanded on Rashi’s commentary by focusing on the interpersonal domain. His insight was that by gathering the people together the day after Yom Kippur, Moses wanted to signal to the Israelites that the acts of forgiveness and affection toward one another must extend beyond the holiday itself.

The writers of these texts were not naïve. They knew that people can be violent, arbitrary, petty, and angry, and that those traits can cause great harm. Criminality is not unique to New York in the 21st century. However, we can glean from our texts that living a religiously committed life means working on four levels of transformation: the personal, interpersonal, institutional, and societal. In the aftermath of the great sin of the Golden Calf, we have instructions about personal repentance, loving relationships, inclusive institutions and, ultimately, a just society. And they are all grounded in the possibility of forgiveness.

What if we could say the same thing about the American justice system as well?

Rabbi Lisa L. Goldstein is the Executive Director of the Institute for Jewish Spirituality. A California native, she was previously the Executive Director of Hillel of San Diego. She has served as a Group Leader for the American Jewish World Service and was a Jerusalem Fellow at the Mandel Leadership Institute where she worked on a project combining justice work with contemplative practice. She teaches Jewish meditation in a variety of contexts and enjoys climbing mountains (most recently, Mt Toubkal in Morocco) for the view and for the beauty along the way. 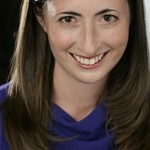 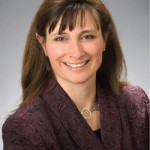 March 11, 2014 Situating God: Revisiting Vayikra (Leviticus 1:1-5:26)
Recent Comments
0 | Leave a Comment
"Thank you Rabbi.I think of people in their late 50/early 60s wiped out by the ..."
Yonah Life on the Margins (Tazria, Leviticus ..."
"I am intrigued by the concept of "manna from heaven." Are we to assume that ..."
Y. A. Warren Manna to Worms: Spiritual and Political ..."
"As a progressive, universalist Follower of Rabbi Jesus, I appreciate the message of this article. ..."
Grace Terry Telling the Story of Creation Today ..."
"Thank you, Rabbi Green, for your excellent summation. I find myself in similar territory as ..."
Gary Telling the Story of Creation Today ..."
Browse Our Archives
Related posts from On Scripture the Torah