Opening the new biblical book Vayikra, Leviticus, likewise opens a new chapter in the lives of the Israelites. Their relationship with God would be expressed through the performance of set rituals in a physical structure. No doubt such changes also brought transformations in their spiritual lives and reoriented the way in which they approached the divine. Unmediated and direct conversation with God became formalized and more distant. Gershom Scholem (1897-1982) in “Major Trends in Jewish Mysticism” helps us understand that this highly ritualized way of relating to God created “a certain stage of religious consciousness.”

In the introduction to “Major Trends,” Scholem contends that, at the primary stages of religious life, humans believed that gods were everywhere and that humans encountered them predominantly through nature as a daily feature of everyday life. For Scholem, organized religion represented the next stage of the development of faith. Unmediated encounters were replaced by formal hierarchies and religious leaders, sacred texts, elaborate laws and rituals, and a system of reward and punishment.

While these are designed as a map to God, they often demonstrate the distance, making this abyss between humans and the divine “a fact of the inner consciousness.” The next stage is an attempt to regain the intimate connection lost through structure by formulating a mystical tradition. “Mysticism does not deny or overlook the abyss. … It strives to piece together the fragments broken by the religious cataclysm, to bring back the old unity which religion has destroyed.” (Scholem, “Major Trends,” p.7.)

Moshe Halbertal speaks of this pattern extensively in his book “On Sacrifice,” positing that informal or direct approaches to God could be dangerous. Presumed intimacy can easily approach disrespect. To vitiate this problem, a complex maze-like set of behaviors was instituted over time: Sacrificing softens the possibility of rejection. “Ritual is an attempt to grapple with the inherent unpredictability of rejection,” introducing “a casual dimension that closes the gap between giving and receiving, thereby ensuring acceptance of the gift and leaving nothing voluntary to the recipient.” (Halbertal, “On Sacrifice,” p. 18.) This erases the personal elements of a relationship with God, but may protect the giver from rejection or fatality.

We don’t want to think that religion actually damages the spirit, creating obstacles to a meaningful and soulful relationship with God, but we also recognize that pageantry hurts intimacy. Diana Butler Bass writes that today’s spiritual awakening is taking place because people are feeling tired of structure and are in search of spirit. She refers to this as “a spiritual space beyond institutions, buildings and organizations, a different sort of faith.” (Butler Bass, “Christianity After Religion,” p. 3.)

Turning back to the beginning of Vayikra itself, we find ourselves turning back one page further still. When we end the book of Exodus, we are told that Moses could not enter the Mishkan, the portable Tabernacle, because it was filled with divine presence. Our book opens with an act of calling — “Vayikra” (And He called) — to signal that God made room for humans in this structure. This enabled Moses to find a place in this new, more ritualistic and formal approach to worship.

The Israelites, and not only Moses, needed to find their place in this new religious world order. In Leviticus 1:2, the people were invited to offer sacrifices: “When any of you presents an offering of cattle to the Lord, he shall choose his offering from the herd or from the flock.” Following this verse, the Torah engages us in a very lengthy and orderly procession of what sacrifices are brought on what occasion, those for atonement, thanksgiving, guilt, etc.

The prophet Hosea reminds us that with the institution of sacrifice, there will be two dangers: distance from God and recidivism. “I desired mercy and not sacrifice and the knowledge of God more than burnt offerings” (6:6). Both dangers touch on the way that sacrifices can create obstacles to intimacy. If a sacrifice can take the place of a relationship, then the giving may not be a manifestation of a relationship but a replacement for it. If a sacrifice can bring about atonement, then perhaps the giver will repeat the offense.

Deep connection, mercy and knowledge of God are not visible commodities the way that sheep are. Perhaps this was the real transformation that occurred with the completion of the Mishkan. The ancient Israelites had to maintain the internal qualities of a life of natural theology while worshiping in a new concrete setting. The special calling that begins this biblical book, “Vayikra,” was an invitation to master this new spiritual challenge.

Dr. Erica Brown is scholar-in-residence for The Jewish Federation of Greater Washington. Her latest books are “Leadership in the Wilderness” (OU/Koren) and “Happier Endings: A Meditation on Life and Death” (Simon & Schuster). 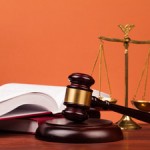 March 11, 2014 Jewish Memory Week: A Tale in Three Parts (Zachor, Deuteronomy 25:17-19)
Recent Comments
0 | Leave a Comment
"Thank you Rabbi.I think of people in their late 50/early 60s wiped out by the ..."
Yonah Life on the Margins (Tazria, Leviticus ..."
"I am intrigued by the concept of "manna from heaven." Are we to assume that ..."
Y. A. Warren Manna to Worms: Spiritual and Political ..."
"As a progressive, universalist Follower of Rabbi Jesus, I appreciate the message of this article. ..."
Grace Terry Telling the Story of Creation Today ..."
"Thank you, Rabbi Green, for your excellent summation. I find myself in similar territory as ..."
Gary Telling the Story of Creation Today ..."
Browse Our Archives
get the latest from
Best of Patheos
Sign up for our newsletter
POPULAR AT PATHEOS Jewish
1