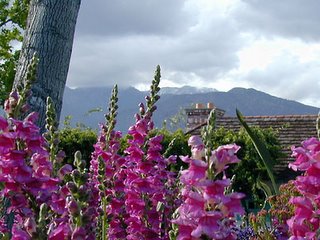 On the way to Jerusalem he was passing along between Sama’ria and Galilee. And as he entered a village, he was met by ten lepers, who stood at a distance and lifted up their voices and said, “Jesus, Master, have mercy on us.” When he saw them he said to them, “Go and show yourselves to the priests.” And as they went they were cleansed. Then one of them, when he saw that he was healed, turned back, praising God with a loud voice; and he fell on his face at Jesus’ feet, giving him thanks. Now he was a Samaritan. Then said Jesus, “Were not ten cleansed? Where are the nine? Was no one found to return and give praise to God except this foreigner?” And he said to him, “Rise and go your way; your faith has made you well.” — Luke 17:11-19

Thanks to all those who e-mailed me about the “Book of Knowledge.” God willing, I shall post more from this gem till someone tells me not to. As a friend once said, “You can do anything you want till the man with the badge & gun shows up and says … ‘Stop’.”

Blogging is a very unpredictable endeavor. One can work on a post for days only to receive a limp reception. Then you post something you either spout off on the spur of the moment — or, worse yet, you just cut and paste something from another (like a public FWD) — and WHAMO! You’re a Web Celeb (for a few minutes). That happened to me once with Amy Welborn and just the other day with the Houston Chronicle Online. Neither piece was authored by me. He he.

I thank God for people who lovingly keep me humble, chief of which is my wife. Before heading off to seminary, puffed up with myself, I said: “Honey, now you know, I’m going to be going to Chapel twice a day and studying theology and such and … well, I hope you don’t mind if one of us is [hand gestures] sort of up here and the other …down here.” She said, “Well, I hope it doesn’t bother you either!”

We currently have our first North Carolina visitor since we moved here in September. Houston’s a fun place to be and to show. St George Church is, without a doubt, one of the most beautiful Orthodox churches in the land. It’s nice to see that opinion confirmed in the eyes of another.

I’ve got some wonderful helpers keeping me humble at St George. The other day one of them complimented me on the Christmas article found in December’s newsletter. As I was nodding, thanking her, and beaming, she said: “But, January’s newsletter, that poem … ugh! I do not like poetry!”

Glory to God for all things. Some people can say things with a smile and everything’s alright. Like the Southern comedian says, “Long as you say ‘Bless your heart’ — you can say anything you want to.”

This weekend St George is host to an OYO Event and the Annual IOCC Dinner. Thank God, both of these endeavors are such a blessing.

For some, Happy New Year!

For others, Happy St Sava’s Day!

And, of great importance …

And Lord, about those other nine in the Gospel (and the Colts & Bears), oh my!, bless their hearts.

January 15, 2006 Orthodox Still Wary of Augustine
Recent Comments
0 | Leave a Comment
Browse Our Archives
get the latest from
Eastern Orthodox
Sign up for our newsletter
Related posts from Orthodixie