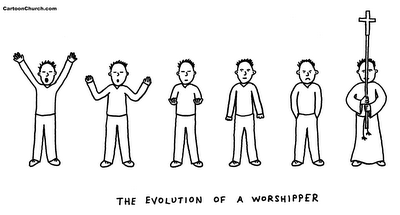 Speaking In Tongues:
1 Corinthians 14:6-19, especially vs. 19: “yet in the church I would rather speak five words with my understanding, that I may teach others also, than ten thousand words in a tongue.”

The spiritual gift of speaking in tongues appeared among Christians in the earliest days of the Church, as both the Acts of the Apostles (Acts 10:46; 19:6) and St. Paul report (1 Corinthians 14:6-19). Not long after, tongue-speaking became the focus of the heretical Montanist sect in Phrygia, a group that flourished from the 2nd to the 9th century.

It should be noted that as a phenomenon tongues have not been limited to Christians – Orthodox or heterodox. Plato, among the pagan Greeks, and Virgil, among the ancient Latins, report tongue-speaking in various pagan rites. During the Middle Ages, tongues was practiced in Europe by mendicant friars, and later by Quakers and Methodists. The practice enjoyed a revival during the 19th and 20th centuries among certain Evangelical Protestant congregations, such that whole denominations formed, emphasizing tongue speaking. Then, in the later 20th century, tongues spread among many mainline western Churches, e.g., Anglicans and Roman Catholics.

The Apostle Paul himself spoke in tongues, considering it a gift from God for which he gave thanks (1 Cor. 14:18). However, note carefully in today’s reading, that as St. Paul speaks about this practice one is able to discern his cautions concerning tongue speaking.

A reading through the passage immediately discloses the Apostle’s point of view that this vocal gift from the Holy Spirit (vss. 12,18) ought to be a matter of private prayer and be avoided in public, corporate worship (vss. 6,9,19). His reasoning is quite straightforward: there are “many kinds of languages in the world” (vs. 10), and if one does “not know the meaning of the language” he is made a foreigner simply because he cannot understand what he hears (vs. 11).

Also observe: the present passage rejects the opinion of those who relegate speaking in tongues to merely psychological causes. Such opinions disregard St. Paul’s manifest assumption that tongues can be a gift of the Holy Spirit (vss. 12,18). However, while God the Holy Spirit may give tongues, He also will give the “discernment of spirits” (1 Cor. 12:10). Note also, evidence from comparative religions suggests that not all speaking in tongues is of God. Some does indeed come from demonic sources and from darkened or immature human psyches.

As an Apostle, St. Paul was one sent by the Lord Jesus, a man under necessity to preach the Gospel and at grave spiritual risk for refusing to do so (1 Cor. 9:16). Today’s passage clearly shows the unceasing urgency in him to communicate the good news. Hence, St. Paul was mostly concerned for understanding among his hearers, a concern that included occasions when he prayed with other people, especially in worship with those new to the Faith (vss. 6,9,11,16).

Continually planting churches in communities where the Christian message never had been heard, St. Paul bore a responsibility for these congregations he brought into existence – as in the case of the church at Corinth. The present passage reveals his concern for such congregations – that they develop as communities wherein their members would grow in spiritual knowledge – again, that primary concern for edification (vss. 12,19) and he insists that tongues should remain a matter of private devotions, so as not to confuse congregations.

Following the Apostle’s concern that prayer, hymns, and blessings should be understood (vss. 15,16), the Orthodox Church continues to resist the introduction of tongues into corporate worship, fearing possible confusion in the understanding of the Faithful.

Light is the Father; and Light the Son; Light is the Holy Spirit descending upon the Apostles through which the whole universe was illuminated to worship the Holy Trinity.

To enroll to DYNAMIS daily e-meditations send an email to:

Or, visit them on the Web HERE.

August 15, 2006 All About Mary (the Mother of God)
Recent Comments
0 | Leave a Comment
Browse Our Archives
get the latest from
Eastern Orthodox
Sign up for our newsletter
Related posts from Orthodixie

Everything or Nothing
Every life within every generation must struggle between the appearance of nothing...
view all Eastern Orthodox blogs
What Are Your Thoughts?leave a comment
Copyright 2008-2021, Patheos. All rights reserved.