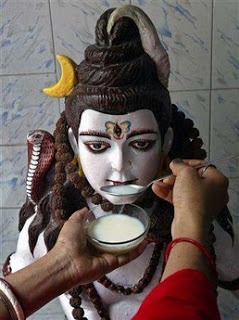 (CNSNews.com) – For what is believed to be the first time in its history, the U.S. Senate will on July 12 be opened with a Hindu prayer, the Senate Chaplain’s Office confirmed Monday.

For more than 200 years, the Senate has opened each workday with a prayer usually delivered by the Senate Chaplain …

Doesn’t that statue sort of favour George Clooney? Oh brother! Where art thou?!

June 27, 2007 Court Rejects Orthodox Patriarchate Status
Recent Comments
0 | Leave a Comment
Browse Our Archives
get the latest from
Eastern Orthodox
Sign up for our newsletter
Related posts from Orthodixie

Fidelity to the Journey
Confidence is not the swagger or certainty with which we convey what...
view all Eastern Orthodox blogs
What Are Your Thoughts?leave a comment
Copyright 2008-2021, Patheos. All rights reserved.