One Church … And You Ain’t It 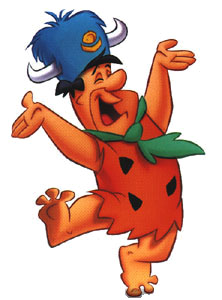 LORENZAGO DI CADORE, Italy – Pope Benedict XVI has reasserted the universal primacy of the Roman Catholic Church, approving a document released Tuesday that says Orthodox churches were defective and that other Christian denominations were not true churches.

The document said Orthodox churches were indeed “churches” because they have apostolic succession and that they enjoyed “many elements of sanctification and of truth.” But it said they lack something because they do not recognize the primacy of the pope — a defect, or a “wound” that harmed them, it said.

I respect this statement by the Pope. I mean, why would he be what he is if he believed differently? Unlike when he recently hid his cross and bowed toward Mecca in a Mosque — though we’re often an unruly bunch — the Orthodox are probably not going to put out a contract on him for this diss.

Can Our Faith Literally Save Us?
Is it possible that our belief in God can help us in...
view all Eastern Orthodox blogs
What Are Your Thoughts?leave a comment