Another Ordinary Year in America 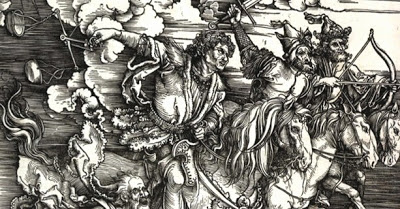 by Anthony Esolen
The student congress at Harvard, America’s most prestigious “institution of higher learning,” as the euphemism goes, has voted to provide funds to a campus group promoting sadomasochistic sex. Members of the Love and Fidelity Network, a group promoting chastity before marriage and faithfulness within, voice their opposition, and are widely denounced and ridiculed.

A female professor of philosophy at Queen’s University in Ontario writes a book whose title asks us to consider why we should have any children at all. The word “marriage” does not appear in its index. “Marriage” is, however, on the mind of an obscene advice columnist named Dan Savage, who believes not only that a man may marry a man, but that a man can marry a man. He commends a loosey-goosey attitude towards adultery, and school districts across the nation commend him in turn, holding him up as a model of tolerance. At one school, this model spits out a volley of venomous abuse against Christian students, who leave the hall in protest, and thereby become objects of general contempt.

About four hundred unborn children have their lives snuffed out, in the United States, every day. That is not enough for Planned Predators, who issue a pleasant holiday card with the salutation, “Choice on Earth.” It boasts a dove with an olive branch, evidently a softening of the more appropriate vulture with a dead rabbit in its talons. A woman of no special intellectual attainment or moral heroism becomes a national celebrity for insisting that the Catholics at her university pony up the cash to defray the cost of her IUD or her boyfriend’s rubbers, as the case may be.

The President of the United States watches a live feed of an attack on American citizens, at an American consulate, and then sends a flunky out to announce to the press that the riot was a spontaneous reaction, on the anniversary of the September 11 massacre, to a wholly unknown anti-Islamic film made by someone in California. That person, an American citizen, is identified to all the world and haled away for police questioning.

In the Race for the Sewer Sweepstakes, the filthiest of the major television networks broadcasts a supposed comedy called The New Normal. To judge by the covers of magazines readily visible at every grocery store and drug store, the screenwriters are probably right. A young football player, who grew up without a father and who minored in Fighting Domestic Violence, “cheats” on the unwed mother of his child, murders her in a fit of jealousy for “cheating” on him, and then commits suicide in front of his head coach, who tries and fails to talk him out of it.

Bullets fly in Chicago. Whole sections of Detroit, once the boom city of the Midwest, are plowed under and returned to grassland. The nation’s Senate has not passed a budget in three years. The Supreme Court, a cadre of nine lawyers, is expected to tap into its collective philosophical, anthropological, political, pedagogical, and juridical wisdom to resolve cultural and moral questions, and this is somehow considered to be the nation’s highest form of self-government.

One out of every eight black men between the ages of twenty and thirty is in prison. One out of three black men will have done some time there. Seven out of ten black children are born out of wedlock. Nearly four out of ten white children are born out of wedlock. The use of psychoactive drugs to “control” the aggression and the restlessness of boys continues to rise.

A famous professor of psychology at Harvard declares that the whole concept of human dignity is, to use his technical term, “stupid.” Physicians must be listening. It is now accepted practice to “harvest” organs from still-living human bodies, on utilitarian grounds. Several people supposedly in a “vegetative” state emerge from their comas, one of them asserting that he had been aware of everything going on around him. Morphine is commonly used not to relieve pain but to nudge a dying person over the brink.

People look forward to the coming day when embryos will be manufactured according to specifications. Some young women decide to have their eggs frozen so that they will be able to bear children after they turn fifty. Cohabitation is now common practice, but dating is not. College students drink themselves into a stupor so as to dull the conscience for the “hooking up” that follows. The mechanical metaphor is apt.

A majority of those college students will engage in another form of cheating, too …

Life Purpose and Crisis (Part 2)
by Kathleen O’Keefe-Kanavos “The purpose of life is to contribute in some...
view all Eastern Orthodox blogs
What Are Your Thoughts?leave a comment
Copyright 2008-2020, Patheos. All rights reserved.