Canada and Cannabis: One Catholic Response

In a few days, Canada will become the first developed country to legalize cannabis. Not just for medical use–which is already legal in Canada–but also for recreational use.

This is a major shift in Canadian socio-cultural attitudes. One that leaves many Canadian faithful still working through a Catholic response.

What follows is merely my personal reflection as a Byzantine Catholic. In no way do I present it as official Church teaching. Nor should my personal thoughts be taken as representative of Catholics as a whole–whether in Canada, within the Byzantine Catholic Tradition, or throughout the universal Church. Other Catholics may disagree with me, or put forward a different response. Their doing so does not call into question their sincerity, their piety, or their orthodoxy.

Before delving deeper into present Catholic teaching, one should first distinguish between full legalization and decriminalization only. In this context, decriminalization is society taking a “hands off” approach to the cultivation, distribution and consumption of cannabis. These practices are no longer considered illegal, but the society has little interest in regulating them.

In contrast, legalization brings government oversight and regulation. These can pertain to legal cultivation, distribution, and taxation. Laws may also limit marijuana’s legal usage. Two common examples are prohibition of its sale to minors, and a restriction from driving while under its influence.

Although our federal government initiated the legalization of recreational marijuana use, it left practical oversight and regulation to provincial and territorial governments. The Government of Canada simply legislated that cultivation, sale, personal possession and consumption be legal throughout the country for adults.

For the majority of Canadians, legal purchase means from provincial government-owned and operated liquor stores. This makes sense to most people with whom I have spoken–including those who harbour reservations about impending legalization.

Liquor stores are secure premises closely monitored by law enforcement. They also are already set up to insure potential customers show proper ID. And employees are trained to refuse sale to those already drunk or stoned while attempting new purchases.

If marijuana is to be legal for purchase in Canada, I would sooner the liquor store model described above than the over-the-counter-at-the-corner-store model through which Canadians generally purchase cigarettes and other tobacco products.

That being said, I am still working through where I stand on the issue as a Catholic.

What About Medicinal Use?

A second important distinction is between medicinal usage and recreational use. As a Byzantine Catholic traditionalist, I have no moral qualm with the medical use of cannabis when properly prescribed by a licensed medical doctor.

Of course I am not so naive as to believe of the thousands of Canadians with a medical prescription, none have abused it. Yet the same is true of any medication. And in the case of the prescription opioid crisis, the impact upon society has been far worse. As noted by the (U.S.) Center for Disease Control and Prevention, “From 1999 to 2016, more than 200,000 people died in the United States from overdoses related to prescription opioids. Overdose deaths involving prescription opioids were five times higher in 2016 than in 1999.”

That being said, I know many whose medical condition was either helped or better managed through the medical use of marijuana. And it need not be smoked or inhaled to be effective. According to several online sources–both government and medical–marijuana’s medicinal benefits last a lot longer when ingested as tea. Thus medical usage is a discussion separate from cannabis’ recreational usage.

With regards to recreational usage, I struggle to reconcile two principles of Catholic teaching. The first is the Catechism of the Catholic Church‘s (CCC) blanket prohibition against the use of illegal drugs. (Although technically speaking, a few days from now cannabis will no longer be illegal for recreational consumption in Canada. Or as we canonists say, “Odia restringi…”) The CCC prohibition is outlined in article 2291 as follows:

The use of drugs inflicts very grave damage on human health and life. Their use, except on strictly therapeutic grounds, is a grave offense. Clandestine production of and trafficking in drugs are scandalous practices. They constitute direct co-operation in evil, since they encourage people to practices gravely contrary to the moral law.

In short, our body is a gift from God. Recreational drug use violates this gift by jeopardizing one’s life or health for no discernable benefit. Moreover, as the catechism notes, recreational drug use undermines society by encouraging people to act against the moral law. This is why the illegal drug trade often comes with  prostitution, organized crime, and death from overdose or murder. One must also account for the social and personal costs incurred by addiction.

Most Catholics are already familiar with these arguments. The Canadian Council of Catholic Bishops has laid them out in more depth is its Statement on the Canada’s Opioids Crisis and Drug Addiction. Published shortly before the Parliament of Canada began debate over the recreational use of marijuana, the Canadian bishops express their concern in the following paragraph:

[…] the present intention of Parliament to introduce legislation to legalize marijuana/cannabis merits mention. From the standpoint of public health, not only does this course of action appear to be unwise, it is potentially dangerous. The very significant health risks associated with the use of cannabis are widely recognized, particularly in young people. They include the heightened risk of heart attack, stroke, all of the respiratory and carcinogenic pathologies associated with tobacco smoke, and a multitude of psychiatric disorders, including schizophrenia.14 Studies have pointed to marijuana as a “gateway drug”, underscoring the propensity of users to consume it in combination with other licit and illicit drugs, including some which may be “harder.” At a time when so many resources are already being spent to discourage recreational tobacco use, it is difficult to comprehend the disregard for public safety entailed in legalizing marijuana, which is arguably much more dangerous.

Aquinas on Law and Vice

The second principle is St Thomas Aquinas’ teaching that human society self-sabotages when it seeks to outlaw all vice. Especially when such vice is widely distributed throughout society. As the Angelic Doctor states in the Summa Theologica :

Human laws do not forbid all vices from which the virtuous abstain, but only the more grievous vices from which it is possible for the majority to abstain; and chiefly those that are to the hurt of others, without the prohibition of which human society could not be maintained: thus human law prohibits murder, theft, and suchlike. (ST I-II, q. 96, a. 2)

A majority of Canadians consider recreational use of marijuana a minor vice that affects mainly the individual, and not a serious vice that undermines society as a whole. In terms of actual numbers, one recent study showed that close to 20 percent of Canadians smoked marijuana in 2017.

Moreover, the same source quoted discovered that 45 percent of Canadians have used pot recreationally during their lifetime, compared to 8 percent who experimented with cocaine. That’s a huge difference in population percentages. In keeping with St Thomas Aquinas’ distinction above, how much sense does it make to continue criminalizing a substance that nearly half the population has consumed in its lifetime–including one fifth of the population in the past year?

Even among Canadians I know who support keeping pot illegal, few feel its recreational use alone constitutes crime deserving of jail time. Most would prefer a fine or community service for simple possession. Thus as St Thomas Aquinas likely would have predicted, it was just a matter of time before Canada legalized or decriminalized recreational use of cannabis. Laws are meaningless when police, politicians and the general populations widely disagree with them. Although most Canadians agree the recreational use of cannabis is a vice, we rank it a minor vice alongside tobacco and alcohol and not a serious vice like cocaine.

In fact, as a retired pro-life activist, I would argue that pornography–which has been legal in Canada for decades–is a vice much more harmful to society than the recreational use of pot.

In attempting to form my conscience to Catholic teaching, I personally agree with Aquinas on this point: Society must tolerate certain vices to account for the fact we are all sinners. Who would be left if society incarcerated everyone discovered smoking a cigarette, viewing pornography online, or consuming one too many alcoholic beverage at the local licensed establishment?

Reconciling Aquinas and the CCC

On the other hand, decriminalization alone still leaves the cannabis industry in the hands of drug dealers. While many pot dealers in Canada conduct their business ethically, others do not care if their clientele include minors and vulnerable adults, or if their weed is cut with more dangerous strains or substances. These unethical dealers–many with connections to major crime–are just looking to make quick money. The danger posed by the latter are alluded to in the CCC.

Legalization brings strong government regulation and oversight, which in turn mitigates many of the risks to personal health and society identified in the CCC. But not all of the dangers. Hence the question posed by myself and many other faithful as we attempt to work out a Catholic response in Canada: Does legalization open another Pandora’s Box in appearing to sanction–and not merely tolerate–the vice in question? 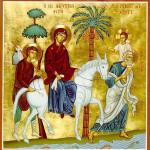 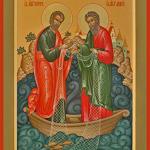 Words of Pope Francis at Prayer...
Labyrinthine Mind
Related posts from Orthodoxy in Communion With Rome