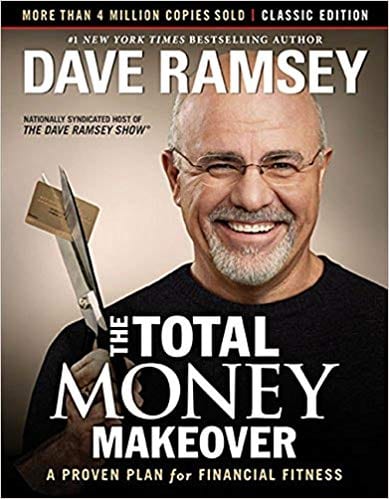 Conservative radio talk show host and Evangelical Christian finance guru Dave Ramsey has embroiled himself in yet another controversy. This time, over his following tweet:

Many are accusing Dave of shaming the poor. While other critics claim Dave irresponsibly preaches the Prosperity Gospel to those who can least afford it. After all, telling his Twitter followers to “do rich people stuff” sounds an awful lot like the “Have faith and fake it until you make it.” The latter being the crux of the Prosperity Gospel as preached by its many right-wing American Evangelical proponents.

Unfortunately, I cannot dismiss the first charge. I don’t think Dave intended to shame the poor–a least not merely for being poor–but this is how his tweet came across to the average reader.

I feel his second sentence was unnecessary to the point he made in the first. Namely, the average millionaire builds one’s wealth slowly, by living below one’s means while saving and investing towards the future. Those familiar with Ramsey’s research–which is the context to Dave’s tweet–know that the average millionaire lives a middle-class lifestyle, in an average-sized home, purchases and drives used vehicles that are still under warranty, and limits the purchase of luxuries most people imagine of “the rich and famous”.

This context cannot be captured within a 280 character limit. Thus I feel the nature of Twitter as social media is just as much to blame for this misunderstanding as Dave.

Yet once context is understood, Dave actually advocates the opposite of the Prosperity Gospel’s “fake it until you make it” mentality. He is urging people not to fake financial wealth, but to live within their means and build actual wealth. The are the habits of the financially wealthy that Dave is calling others to emulate. Moreover, Dave is the first to admit that doing so is slow and hard work. For the majority it requires patience, self-discipline, and changing one’s mindset of instant consumer gratification. Thus Ramsey’s teaching is the opposite of the “life of ease if only one has enough faith” common to most Prosperity Gospel preachers I have come across. I know because I personally struggle with the financial habits Dave is attempting to instil in his readers.

In the interest of full disclosure, I swore off political talk radio and podcasts during the 2016 U.S. presidential election. I also tuned out of Christian-based radio and podcasts that had become mostly political. In doing so I did not distinguish between politics secular or ecclesiastical. I found their constant negativity and divisiveness wearing me out spiritually.

Around the same time, while out riding my motorcycle, I stumbled across a traditional Byzantine Catholic mission. One that celebrated Divine Liturgy daily. This was around the same time I also discovered Ancient Faith Radio’s sacred music stream (which reminded me of an online Eastern Orthodox version of early EWTN), as well as Eastern Christian Publications’ smartphone app and email service publishing the Byzantine [Catholic] Daily Office.

Yet the Dave Ramsey Show has become the one exception I made in my withdrawal from political talk radio. In some sense, his advocacy for more disciplined financial living has gone hand-in-hand with my attempt to live a more disciplined spiritual life. Both are a daily struggle as I often resist giving up old sins.

That being said, I may not agree with everything Ramsey says and does, however, Dave was an instrument through which God sobered me up financially. Dave helped me understand the importance of eliminating consumer debt from my life, and of saving and investing for the future.

For those already familiar with Ramsey’s method, our family is currently transitioning from Baby Step 2 to Baby Steps 3 and 4 in the seven-step process.  We are close to paying off all our debt (step 2) with the exception of our home mortgage (step 6), and are currently building three-to-six months worth of emergency savings (step 3) while investing towards retirement (step 4). Although Ramsey urges readers and listeners to focus on one step at a time in order to “maintain gazelle-like intensity” (a reference to Proverbs 6:4-5), Canada’s Tax Free Savings Accounts (TFSA’s) provide a sort of hybrid between an ordinary savings account and an investment account. TSFA’s are easily convertible into a Registered Retirement Savings Plan (RRSP) for tax shelter around the end of each fiscal year.

Thus for our family it makes sense to work steps 3 and 4 at the same time, while not rushing our extremely low last three consumer debts (0, 2 and 4 percent respectively). Especially as the 0 and 4 percent loans are already scheduled to be paid off by the end of the calendar year.

Again, Ramsey is not perfect. Neither as a Christian nor as a financial adviser.

But neither am I.

One can certain argue that Dave’s methods need not be applied universally. As noted by one financial planner and Catholic blogger whom I respect, Dave takes a “dry drunk” approach to credit cards and consumer credit. As in, get rid of them completely and use only cash or debit card. For the record, my wife and I still have two credit cards–the first for online purchases and everyday use, and the second for recurring bills. Likewise, we have kept our line of credit open for emergencies. Nevertheless, while not totally agreeing with Dave, we now keep a much lower credit limit on our credit cards. This helps insure sticking to our family budget and a zero balance at the end of each billing cycle. Likewise, our line of credit is now kept at a zero balance, in the interest (no pun intended) of paying ourselves rather than the banks.

I also agree that Dave’s claim of 12-percent returns on mutual fund investments is unrealistic for most people. I include myself as I do not share his knowledge of investment and finance. Yet I cannot deny Dave has challenged me to begin investing some of our family income each month, so that in retirement my wife and I won’t be totally dependent upon 0ur government pension and a burden to our children. This despite the fact it feels late starting in our mid-40’s.

Fr Francis Morrisey, the world-renown canonist, once said: “If you don’t make mistakes, you are not engaging in ministry.”

Dave Ramsey’s apostolate is helping people overcome the burden of debt while developing more healthy financial habits. His method may not be perfect or universally applicable, but it has helped many–including myself.

His tweet shaming the poor was a mistake in my opinion. But I do not believe it was stated from a position of mockery, condemnation, or judgment. Rather, I believe Ramsey’s intention was to encourage those working to overcome the burden of financial debt in their lives, and the hopelessness that often ensues. It is a burden often borne by the poor, who Dave–rightly, but sometimes imperfectly–is trying to help.

In fact, far from being an unfettered free market capitalist like many right-wing talk show hosts, Dave saves his harshest criticism and moral outrage for PayDay Loans and other predatory lenders targeting the poor. “I hope I am not unclear,” Dave states. “You are scum and you scam the poor.” 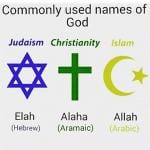 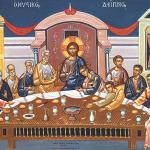 April 13, 2019 Pope Emeritus Benedict: No longer the voice of St Peter?
Recent Comments
1 Comment | Leave a Comment
Browse Our Archives
get the latest from
Catholic
Sign up for our newsletter
POPULAR AT PATHEOS Catholic
1

Abuse, the Rosary, and an Old-Fashioned...
Steel Magnificat
Related posts from Orthodoxy in Communion With Rome