The Speech of the God and The Value of Deliberation 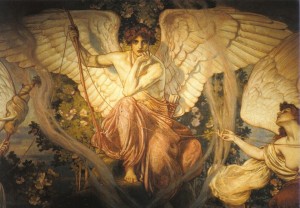 Today our commentarial tradition is fast and furious. If a weakness can be seen in any statement, it is instantly pounced upon and used to flog the knowledge, the intelligence, or even the character, of the author. What a long way we have come…

The Tantric tradition summarizes the entitative state as being constituted by body, speech, and mind. We have touched upon the ‘bodily’ presence of Hermes in His Pantos Apolytos, or All-Liberating, form. Likewise His speech possesses a distinctive character that we are invited, even enjoined to adopt as we work with Him. One aspect of this is Hermes, Lord of Discourse, well suited to our internet world.

Whether in the media, the blogosphere, or simple conversation, having a cutting response to what someone said seems to be an imperative and apparently accrues significant social capital. It has not always been this way. In ancient world, decisions were made slowly. Long conversation, many points of view, many voices were heard. Those voices were schooled in the power of rhetoric to present their ideas in the best light. Probing questions, as typified by Socrates’ method, were expected. The rules of logic and discourse were used to challenge and defend each proposition.

In varying forms, this means of decision making is quite common around the world in traditional societies. Tribal councils would sit for long hours, famously in Native American tradition in silence, patiently awaiting the spirit to move the discussion. After one had spoken, silence again to contemplate the words. This is supposed to be the method of the U.S. Senate, a ‘deliberative’ body, slow moving to allow wisdom to seep in. The Quakers are especially known for this, sitting in silence and discussing matters slowly until consensus is reached. Truly, these values, of speaking well, listening, contemplating, reasoning, and long discussion, are ancient Pagan values, worthy of our acclaim and adherence.

Society today, however has little time for deliberation and discourse. The memorable soundbite, the idea-branding, gets more attention today than a long reasoned report. We are quick to comment on a post without reading it in close detail. We form our answer to a speaker even before they are done with their words. News media is willing to repeat reports demonstrated to be untrue because they are salacious enough for a ratings bump or to pander to the audiences’ prejudice, ofttimes prejudices cultivated by that media outlet.

More subtly, and more dangerously, we live in a era when most who have received a public education have been fed the Prussian method. This is a classist approach to education, splitting it in two levels. One group, the wealthy ‘patrician’ class who can afford private education, are trained in critical thinking. Their education is one of questions which they are encouraged to contemplate, to solve, and to make decisions about. The other group is the ‘plebes’, the rest of us who have received public education, are taught answers, which we are to repeat on tests, demonstrating our ability to perform repetitive and clerical tasks and deliver the expected ‘correct’ answers. This group is not taught to think, but to respond to queries. Good drones, maybe even head drone in charge, if you are lucky and obedient. The conditioning is intense. The pressure to answer first, to receive acclaim for answering ‘correctly’ is profound. We have game shows on tv that teach and reward this. Unfortunately, this is just another form of internalized slavery. We are so much more effective at oppressing ourselves than having to wear chains.

Hermes is called the prophet of discourse in the Orphic Hymns. The values He embodies include the practice of inquiry, investigation, asking of questions, listening to speech, analysis of discourse with reason and intuition, evaluated by aesthetics, and the careful, even clever response with a sharp eye out for the truth. When we seek the comfortable lie, when we bend the truth, when we can’t admit our all too human inadequacy to merely approximate reality, we lose our place in the world, we don’t know ourselves nor our world and wander hopelessly and unanchored without the Guide of Souls. Hereunto is the Speech of Hermes… 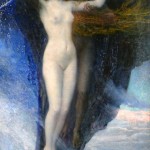 February 10, 2016 The Mind of the God: the Power of the Question
Recent Comments
0 | Leave a Comment
Browse Our Archives
Related posts from At the Herm