The Mind of the God: the Power of the Question 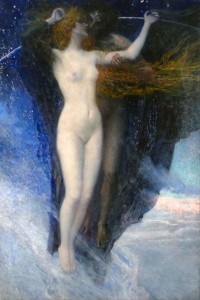 To know Hermes is a lifelong task. Bounded approaches provide entry points and structures with which to grasp the fundamentally ineffable. One such we can learn from the Buddhist Tantric community in the way they analyze the Deities they invoke. They postulate that basic constitution of any being is threefold: body, speech, and mind. These find expression in activity, emanations of compassion, power, and wisdom. Thus far I’ve laid before you some of how Hermes presents Himself, particularly, but not limited to, His All-Liberating, ‘Pantos Apollitos’ form. We have seen the form of His body, explored the character of His speech. We will return to each of these as we go. For now, we turn to His mind and examine one exemplary quality of that vastness: the Power of the Question.

Having the right answer is a profound impulse in most folks, but are we missing the point?

When asked, we have to be there with the right answer. Our drone schooling has, of course, conditioned us to be good little answer-bots to our masters. The very act of questioning undermines that relationship. They ask the questions, and we bear the burden when the answers are not what they want to hear.

But when we frame our lives as a question, rather than an answer; when we maintain the spirit of inquiry we rapidly discover ourselves on the frontier of life; out where the unknown lives. Discovery is one of the most profound motivations in humans. Along with necessity, discovery led to the migrations that populated the whole of our globe. It led to the investigation of nature and the disclosure of those profound means whereby we can feed, clothe, shelter, educate, and provide medical care for everyone on our planet. We don’t choose to, of course, but that is another matter.

The mind-nature of Hermes is revealed in the question. Inquiry is an attitude that we can bring into our discussion, but I find it sorely lacking. It is the dawning of insight and the balm of conflict. When we ask questions we take a stance seated in the uncomfortable unknown, but that very discomfort drives us to find meaning and understanding in the object of our inquiry. It requires the courage to enter the unknown, to presume our own ignorance, what the ancients called ‘aporia’, and in that cultivated sense of unknowing, that willful entering into darkness, we by our asking strike light in the black beyond the little fire circle of our comfort. We illumine the real.

In conflict, rather than assume we know what the other party means and react to it, when we instead ask questions, draw out the other to explain their outré position, all too often we discover reasons for it that we had not know, and through understanding we find some compassion. Even in the deepest of differences, we can find that the other’s perspective becomes less alien and simply one of the many positions on the board. From there negotiation can really take place and the conflict truly resolved. Still more importantly are those times when we react to our own understanding of what the other has said having little to do with their meaning. In this case the fault is entirely our own, irrespective of their views. We are reacting out of our myopia, and so absolve the other of any wrong view because we really have no idea what it is.

I saw a situation recently where there was a somewhat heated discussion into which the chair of the meeting introjected a statement that was powerfully misinterpreted to the profound damage to the organization. The damage came from the hurt and defended stance of one the attendees. They were looking for and so heard something derogatory to their cause and sense of honor, so they stormed out of the meeting. Without asking a question, without being willing to question or inquire (as demonstrated in ensuing communications), they framed up a wild and profoundly destructive accusation, rallied allies on the basis of this falsehood and caused an enormous amount of harm. If they had the clarity of mind, and perhaps the emotional maturity to simply ask, so much loss would not have happened. Humans can be astonishing.

This also illuminates the massive problem of projection, and gives one of its few remedies. All too often we quickly grasp what another is about yet are wildly wrong because what we are really seeing is our own soul, often our shadow, animated by the presence of the other but having little to do their truth. The simple fact that we have such a charged reaction should give us the clue that we are not responding to the other, but to the powerful and often neglected parts of ourselves. How hard it is to truly meet an other!

When we walk in Hermes’ path we called to the role of herald and guide. We are tasked to know the other with whom we walk. It is through the question that we finally meet them… 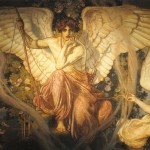 January 13, 2016
The Speech of the God and The Value of Deliberation
Next Post 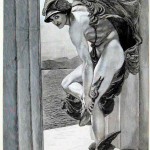 March 9, 2016 Hermes in Action: Professional Life
Recent Comments
0 | Leave a Comment
Browse Our Archives
Related posts from At the Herm