Hans In Luck – A Wise Fool?

Pagans may not have a sacred text like the Bible from which to learn lessons about life, but many are drawn to myths, legends and folk tales, which contain a lot of wisdom and reveal deep truths about the world – as I’ve heard one person say, “myths are a way of telling truth through lies.”

One of my favourite stories among Grimm’s Fairy Tales is Hans In Luck. It’s quite long so I won’t feature the whole thing in this article; you can read it on Project Gutenberg here. In summary, it’s about a young man named Hans who gets a piece of silver from his master to take home to his mother, but he finds it heavy to carry so he trades it for a horse. But the horse throws him off, so he trades it for a cow. The cow gives no milk, so he trades it for a pig. But then he is afraid of being attacked by robbers for the pig, so he trades it for a goose. Then a merchant persuades Hans to trade the goose for a grindstone, saying that it will make him more money. Then he gets hot and exhausted hauling the stone, so he lies down by a river and sets the stone beside him – and the stone rolls into the river and is washed away. But Hans is delighted that now he is free of all his burdens and even thanks Heaven for relieving him of the stone. With nothing in hand, Hans returns to his mother and the story ends.

You can simply read this as a comedy piece about a fool who is conned again and again into trading valuable items for others of decreasing value until he has nothing left – but being a fool, he doesn’t realise it.

But I like to read it differently. I see Hans as a “Wise Fool.” His behaviour may seem foolish to those who try to con him, but in fact, Hans realises a deep truth that material possessions are a burden. Only when he rids himself of all his worldly things, and returns to his mother, is he truly happy. It’s a message that perhaps we’d usually associate with Buddhism rather than a Germanic fairy tale – the idea that unhappiness lies in our desire for worldly things, and that to cease suffering, we need to rid ourselves of that desire. In today’s world, a story about choosing to reject material wealth and find happiness simply with one’s family is an important one. While I don’t believe we should all take the story literally and rid ourselves completely of our possessions and live the life of an ascetic, Hans in Luck is a reminder that wealth, being such a powerful force, can be a curse as well as a blessing. 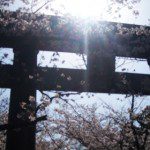