I’ve been practising a combination of Western Neopaganism and Shinto for some years now, so I thought I would try and give an introduction to some of the most important points about Shinto, as I see them….

First and foremost, Shinto is practised mostly in Japan and rarely elsewhere. Its origins can be traced back to prehistoric Japan, but it has also absorbed many characteristics from belief systems from other cultures including those of China and Korea. Essentially a collection of folk traditions and beliefs, Shinto wasn’t codified until the compilation of the Kojiki, an 8th century work chronicling Japan’s mythic origins. Shinto’s folk origins mean that it has no founder and no set doctrines – much like Paganism, in fact. 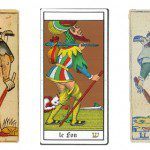 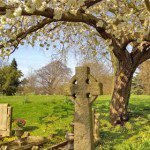 March 13, 2016 The Spring Equinox and Death
Recent Comments
0 | Leave a Comment
"It is sad that people are still using so much witchcraft to control and destroy ..."
Talal Zoabi Pagan & Shinto News: Japan PM’s ..."
"What a wonderful article, thank you for sharing your knowledge about this beautiful place and ..."
Lucia Spark Shinto’s Summer Solstice
"Jews can't be Asatru. Silly"
John Exum Pagan & Shinto News: Asatru Priest ..."
"The clap is to gain the Kami's attention. You clap once, then again and keep ..."
Joy Phillip Shinto in Emoji
Browse Our Archives
Follow Us!

What Did You Expect From Tower...
John Beckett
Related posts from Pagan Tama

Pagan Gratitude: Rituals and Ideas
Gratitude seems like a simple concept, until you feel overwhelmed. Here are...
view all Pagan blogs
What Are Your Thoughts?leave a comment
Copyright 2008-2020, Patheos. All rights reserved.