I enjoyed reading Pat Mosley’s thoughts on whether or not Paganism is a religion.  It’s a common debate, and one that will probably never be resolved. But I thought I’d give my opinion on this as well. One of the common things I hear in this debate is that Paganism is a “lifestyle” rather than religion due to the ambiguity of its core tenants and beliefs, and the way in which it is practised (very much embedded in daily life, with action taken precedence over belief). So can we call Paganism a religion?

Firstly, I think we have to look at exactly what a religion is, which actually isn’t all that easy to answer. Just as biologists have a rather hard time defining what “life” is (there are plenty of examples of living things that do not fit all the criteria for “life” and non-living things that do), finding a clear-cut definition of “religion” isn’t all that easy. Most definitions for religion include a belief in a god or other powerful spiritual being (or beings) to be necessary, but there are some beliefs usually classified as religions, such as Buddhism (and particularly Zen Buddhism) and Daoism that are very vague on exactly what a “god” is, or indeed whether there is one at all. Then there are collectives that have a lot of the characteristics of religion – rituals, hierarchy, a subject of respect and awe, etc. – that are not religions, i.e. fandoms. And then there are organisations that are a real grey area – the Freemasons, for example. The Freemasons classify themselves as a society or brotherhood rather than a religion, yet one generally is required to proclaim a faith in some form of deity in order to join, there are continuous references to the Great Architect of the Universe, there are clear codes and doctrines, and it is full of ritual and symbolism that looks very much like religion. Clearly, the nature of “religion” itself isn’t easy to pin down.

Despite this, I think most form of Paganism quite easily fit all definitions of “religion.” There is usually a belief in some form of spiritual beings – be it an animistic belief in numerous spirits of nature, the souls of the ancestors, a Great god and Great Goddess, or simply the Earth or Universe itself as a Gaia-like spiritual being (a.k.a Mother Nature). Moreover, Pagans act according to this belief – they respect the earth and hold rituals according to key dates and events.

Shinto too has occasionally been subject to the discussion of whether or not it is a religion, due to its ambiguity and the deceptively “casual” way in which it is practised (many Japanese people might not consider themselves religious but still practise Shinto ritual and celebrate Shinto festivals, because it’s just “what you do” and it makes you feel happy and comforted). But like Western Paganism, I still feel it satisfies enough criteria to fit the definition of “religion” rather than “lifestyle” alone.

Now, what about witchcraft? 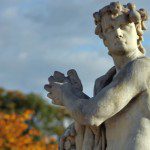 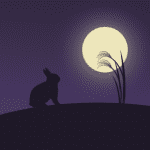