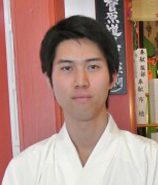 In the previous two posts, Shinto priest Taishi Kato explained some of the basic concepts of Shinto. In the final entry to this series, he now talks about Shinto shrines (jinja), the Shinto places of worship where kami dwell, and the importance of Shinto ceremony.

“Originally, Shinto shrines were set up in special places of nature, such as forest, mountains or cliffs, and no permanent buildings were constructed. Ordinary people were prevented from entering the inner grounds of the shrine territory. When ceremonies were held in those places, temporary shrines were set up. In the fifth century, the present form of Shinto shrine was established as a building amidst nature. Nowadays jinja are situated in places of remarkable natural beauty or otherwise incorporating nature. 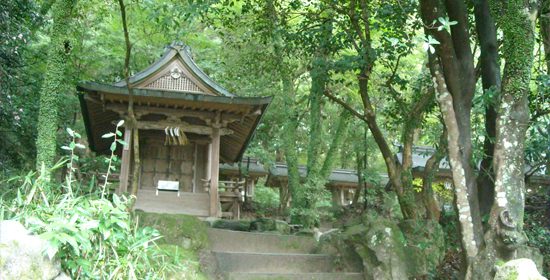 Jinja are designed for uniting human beings with nature. Firstly, there is the torii sacred gate. The torii is the symbol of the entrance into the jinja. Torii were originally made of wood but now they can be made of stone, metal or even ferroconcrete. The torii marks off the sacred space from the secular. There are no physical borders to cross the torii, as it symbolises a door that opens to the outer world. One of the purposes of the torii is to bring people in harmony with nature. When you pass through the torii, you purify your mind and reconnect with life force.

Secondly, there is the purification fountain, the temizuya. A purification fountain is a place for visitors to rinse their hands and mouth in symbolic purification. Usually, it is located near the entrance of a jinja and most of them are designed as a font of running water with dippers under a simple roof supported by pillars. The aim of purification is to remove temporary impurities from one’s mind. To purify yourself, you do the following:

4. In consideration for the next visitor, raise the dipper vertically and rinse off the handle with fresh water, then replace the dipper in its original location.

Instead of doctrine or sacred scripture, Shinto puts emphasis on the ceremony. The essence of a Shinto ceremony is to create the space and time for enhanced connection to life forces while removing temporary impurities from one’s mind. Participants can put themselves into a state of heightened concentration on the here and now by reconnecting to one’s intuitive perception during a ceremony. In addition, as a Shinto priest, I can claim that the reason why Shinto cherishes ceremony and ritual is because Shinto is not based on objective knowledge but subjective intuition of time and space inside a jinja. Jinja create the space and time for enhanced connection to life forces. It leads to shifting from objective thinking to one’s subjective intuition. One’s subjective intuition helps one to integrate with life forces. Therefore, the ceremony is the most important service for Shinto priest in order to help visitors to integrate with the flow of life forces, which is the aim of Shinto.

For example, it is quite common for students to visit jinja before taking an entrance exam. Why do most of them come? Because they dwell in the past and the future without focusing on the here and now. They may regret not studying more. They may also worry about what to do if there is a question they don’t know how to answer. These are anxieties based on thinking about the past and future which mean they cannot concentrate on the exam. The students want to remove these sort of temporary impurities from their minds through ritual. And then they can take the exam in a state of the heightened concentration on the here and now.

It can be said that the essence of Shinto has a big influence on Japanese culture, which means cherishing harmony in society. To put it simply, Japanese people realise that they live through various interactions in society. They also have an influence on these interactions. Japanese people share the sensitivities of this interconnectedness consciously and unconsciously. Harmony is the most important thing of all.”

Pagan Tama would like to thank Taishi for all his helpful explanations!
Keep up to date by following Pagan Tama at Facebook here. 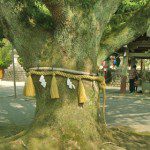 November 20, 2016
What Is Kami? A Shinto Priest Explains
Next Post 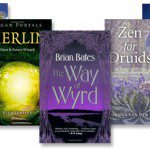 November 29, 2016 Pagan, Shinto & Spiritual Book Reviews November 2016
Recent Comments
0 | Leave a Comment
"Should buy a shotgun and threaten the little git!"
Llewellyn Jaames Why I Don’t Do Rituals In ..."
""If you subscribe to a religion...your actions are sacrilegious..."? Rude to assume none of them ..."
Lady_Ashmire Pagan & Shinto News: Mist Descends ..."
""Stonehenge lookalike for sale in Devon."Thank the gods for my wives who have the wisdom ..."
kenofken Pagan & Shinto News: Mayor Of ..."
"You would need to put Gerald Gardner and Ross Nichols into that category as well. ..."
Gordon Cooper Pagan & Shinto News: Couple Find ..."
Browse Our Archives
Related posts from Pagan Tama