Konkokyo LGBT Kai: A Step Forward For LGBT In Shinto

Good news for equality in Shinto. The headquarters of a large Shinto sect, Konkokyo, has just given its official recognition to its LGBT group.

The Konkokyo LGBT Kai (group) was granted official recognition (Kakushū Dantai) from Konkokyo Headquarters on February 15th, according to the Konko Church of Honolulu.

Konkōkyō (also known as just Konkō, meaning “golden light”) is a Shinto sect founded in 1859. The religion has much in common with mainstream Shinto beliefs, but worship is primarily centred on the deity Tenchi Kane No Kami. For more information about Konkōkyō I can recommend reading the Living with Kami blog by Olivia, an ordained Konkōkyō priestess from Canada.

The recognition of Konkokyo LGBT Kai makes Konkōkyō the first religion in the Kyōha Shintō Renmei (Association of Sectarian Shintō Religions) to officially recognise the LGBT community and to have a group dedicated to the support of LGBT individuals.

Konkōkyō has a history promoting equality. The Headquarters also accepted the name change of one of its transgender ministers, and it teaches that all people are equal regardless of race, religion, gender, occupation, social status, and wealth. It’s also very welcoming to women, with many serving as head ministers at its churches.

Shinto as a whole does not have an official stance on LGBT+. While some conservative priests consider it “unnatural,” others have adopted a more inclusive approach.  In 1999, a Shinto priest unofficially married two men at Kanamara Shrine in Kawasaki (official same-sex marriages are not legal in Japan). This shrine is particularly famed for its “phallus festival”, in which a giant steel phallus is put on parade. The festival itself has become popular with the LGBT community and is one of Japan’s rare opportunities for LGBT to be out and proud, and to actively participate in a Shinto tradition.

The growing international Shinto community also has a significant number of LGBT+ members, some of whom may have found themselves drawn to Shinto following rejection by other faiths that are more openly hostile to same-sex relationships.

Japan has a relatively progressive attitude to LGBT+ compared with other Asian countries; same-sex relations have been officially legal since 1880. But inequality still exists: in addition to same-sex couples being unable to legally marry, they also cannot adopt or receive fertility treatment, and they are not eligible for some of the same legal protections as opposite-sex couples. Things may be changing though: Japanese people generally support LGBT rights and a majority would also support the legalisation of same-sex marriage. And in recent times, a number of serving politicians have come out as LGBT.

The official recognition of the Konkokyo LGBT Kai is another step forward for LGBT+ equality in Japan, and in Shinto. For many, it will reaffirm their long-standing belief that there is nothing incompatible with being LGBT+ and following the ways of the kami. 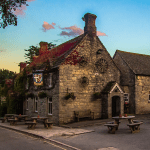 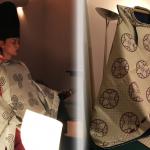