A Comedian And A Goddess: The Latest Victims Of Facebook Censorship

A few months ago I blogged about Facebook censoring pictures of tribal children, and why it was a problem.

Since that incident, things seem to be getting worse, not better. Last week alone, I learned of two accounts of inappropriate censorship on Facebook.

The first victim was Waleed Wain, better known as Veedu Vidz. He makes videos poking fun of fundamentalist Islamic preachers like Zakir Naik, a man who promotes terrorism and the death penalty for LGBT people and people who leave Islam. Take a look at his videos; they’re pretty funny. As Wain said in an interview with Clarion Project in 2017:

“My aims are twofold: to entertain people and make them laugh, and secondly to use comedy and satire as a tool for critical thinking and open discussion.

“I am not anti-Islam or anti-Muslim, but pro free speech, pro critical and rational thinking. It is not my aim to take down Islam or drag it through the mud, but to shine on it the light of free thought, natural curiosity and good honest humour. I imitate and mock certain religious leaders not because I hate them or hold any personal grudges against them, but to expose the silly and facile nature of their arguments.”

In fact, many Muslims appear to be among his fans, and that’s not surprising. His jokes are funniest to those with knowledge and experience of British Muslim culture; he even did his Zakir Naik impression at a Muslim charity event. He doesn’t just parody Muslims either; he’s also mocked Milo Yiannopoulos and Richard Dawkins.

Veedu Vidz has been temporarily banned from Facebook a number of times, probably as a result of fans of the likes of Zakir Naik reporting him. Then last week, after posting his “Halal Review” of The Lion King, his Facebook page was “unpublished for repeatedly posting things that don’t comply with the Facebook terms”.

Wain appealed, and fortunately Facebook restored his page a few days later (see it here). But the whole incident tells us something disturbing about Facebook and its attitude to free speech. No doubt some automation is responsible for content being censored, but it’s worrying to think that as a result of Facebook’s policies, people who make fun of hate preachers get banned, while the hate preachers themselves can still use Facebook as a platform for their views. Zakir Naik, who has been banned from entering a number of countries (including the UK) for encouraging terrorism, has a number of pages dedicated to him on Facebook.

The second victim of Facebook’s censorship policies was something rather closer to heart for most Pagans. It was none other than the 30,000 year old sculpture, the Venus of Willendorf. This ancient sculpture has become a beloved symbol for Pagans today, especially the Goddess Movement. Although we do not know what she truly represents, it’s not unlikely that she does represent a goddess, or at least a divine female of some description.

Facebook’s official policy says that it does not censor ancient works of art depicting nudity. But when Italian arts activist Laura Ghianda posted a picture of Venus of Willendorf on Facebook, it was taken down.

Ghianda complained to Facebook, and so did the Natural History Museum in Vienna, where the sculpture is housed. The Museum issued a statement saying,

‘We think that an archaeological object, especially such an iconic one, should not be banned from Facebook because of “nudity”, as no artwork should be. Let the Venus be naked! Since 29,500 years she shows herself as prehistoric fertility symbol without any clothes. Now Facebook censors it and upsets the community.”

The museum’s director Christian Koeberl also spoke out: “There is no reason for the Natural History Museum Vienna to cover the “Venus of Willendorf”, and hide her nudity, neither in the museum nor on social media. There has never been a complaint by visitors concerning the nakedness of the figurine.”

It is likely that the censorship of Venus of Willendorf was due to automation, just as it was with the photos of the tribal children. Many people have pointed out that other photos of the Venus have been posted on Facebook without being removed, so this was an exceptional case. But the fact remains that Facebook’s aggressive censorship policies are resulting in people who want to criticise or mock those who spout hate getting silenced, and works of art that celebrate the naked female form being erased.

Facebook of course has the right to set whatever policies it wants, and whatever means it wishes of informing those policies. You could argue that if I was really unhappy with Facebook, I should just leave.

But I’d rather not do that. For one thing, I ultimately benefit from Facebook. It’s still an important means for me to get information, stay in contact with friends, and promote this very blog. I’d much rather Facebook listen and take heed of the growing cries for it to cool it on the censorship. In a world of rising paranoia and theocratic fundamentalism, we desperately need more freedom of expression. 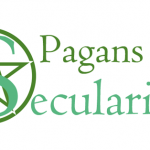 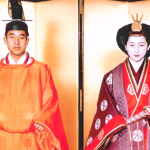