The economic impact of the pandemic on Witch stores
The Wild Hunt
As COVID-19 mitigation efforts continue into another month, retailers across the United States face serious challenges caused by government-mandated stay at home orders and temporary closures of businesses that have been deemed non-essential. Neighborhood metaphysical stores and witch shops are no exceptions…

Four Pagan grocery workers explain the stress of “essential work” during a pandemic
The Wild Hunt
Grocery store workers represent one of the front lines of the COVID-19 pandemic. Many of them have become ill and some have died…

‘The Craft’ star Lovie Simone: “Witchcraft is a form of feminine healing”
NME
“I’ve tried to read tarot a little but I feel like my forms of witchcraft are very body and grounding-like,” explains Simone…

6 Pagan Roles To Fill During The Quarantine… And Afterward
Patheos Pagan: John Beckett
Here are six Pagan roles you can fill during the quarantine, and in the days to come…

Akie Abe criticized for taking group tour to Shinto shrine during pandemic
The Japan Times
According to the Shukan Bunshun magazine, the first lady visited Usa Shrine in Oita Prefecture on March 15 along with about 50 people and took part in a Shinto ritual service…

Nippon.com
A suprapartisan group of Japanese lawmakers will refrain from visiting Yasukuni Shrine during its two-day spring festival from April 21, due to the spread of the novel coronavirus, Jiji Press learned Monday…

Lively autumn ‘Nagasaki Kunchi’ festival events canceled over coronavirus outbreak
The Mainichi
The Hono-Odori dance and portable shrine procession of the Nagasaki Kunchi festival, a lively festival held each autumn, will be canceled this year due to the novel coronavirus pandemic, officials have decided…

Japan Postpones Rituals for Crown Prince amid Epidemic
Nippon.com
The Japanese government decided at a cabinet meeting Tuesday to postpone the “Rikkoshi-no-Rei” ceremonies for Crown Prince Akishino for the time being, amid a state of emergency declared a week ago over the COVID-19 epidemic…

Amabie, the ‘spirit’ that went viral
The Hindu
A pictorial representation of a 19th century ‘spirit’ has emerged as Japan’s COVID-19 mascot…

Bringing back the colour to ancient Egyptian coffins
The University of Sydney
Uncovering the secrets of ancient Egypt used to involve a shovel, a gentle brush, and endless patience. Things have changed. Now archaeologists are using some of the most advanced technologies available… 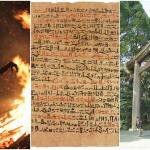 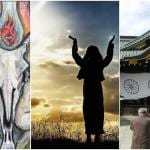