A local 2020 Lughnasadh
Patheos Pagan: Lisa Jade
Lughnasadh is only days away for those who celebrate on this coming weekend, and a little more than a week from the Sun reaching the midpoint of Leo on August 6th. If there was ever a time of year that I adore more, I have yet to find it…

Why no one loves Lammas (& Lughnasadh)

Patheos Pagan: Jason Mankey
It’s Lammas time, and I see lots of posts on social media about bread and harvests, but there’s always a bit of a disconnect for many of us…

Lughnasadh – A Solitary Ritual
Patheos Pagan: John Beckett
Whatever the reason, many Pagans will be celebrating Lughnasadh by themselves…

Noh performance to be streamed live from Nishinomiya Shrine
Kyodo News
Motonori Umewaka, a master of the Kanze-style of Japanese theatrical art Noh, will perform the play ‘Hagoromo’ along with other performers this summer at Nishinomiya Shrine in western Japan, with the performance set to be streamed live to audiences in all its mysterious beauty…

Shinto priestess in US producing videos on Shinto prayer
Green Shinto
Up now on youtube is a ten minute video by Hasegawa Izumi, head priest of the Shusse Inari Shrine in America, in which she gives a reading of the Oharae no kotoba…

Memories of Hagia Sophia in better times
Patheos Pagan: John Beckett
“When any religion claims ownership of a World Heritage Site that is significant to many people from different religions, it makes the world a little smaller and a little poorer.”

Summerland review: Gemma Arterton’s wartime evacuation drama has a sensual pagan heart
The Telegraph
The summerland of the title isn’t the balmy Kent coast but the pagan afterlife…

Egypt: Statues of ancient goddesses and Pharaoh Ramses II discovered
Fox News
Egypt’s Ministry of Tourism and Antiquities announced the discovery in a Facebook post, noting that statues of the goddesses Hathor, Sekhmet and the god Ptah were uncovered…

Believe it or not, modern day witchhunts still a thing
Patheos Pagan: Gwyn
There are people who believe “witches” are “servants of the devil.” And Trump’s recently touted Houston doctor comes from a place where being accused of “witchcraft” is a death sentence…

The “witch camps” of Ghana
The Wild Hunt
The number of people murdered in “witch-hunts” continues to rise in developing nations, drawing the global attention of human rights groups…

The dangers of the “DemonSpermDoctor”
The Wild Hunt
“Besides the potential for spreading COVID misinformation, the comments can have serious consequences for women and the elderly at risk of being accused as “witches”.”

Three women in Embihli village in Sterkspruit were shot dead on Wednesday and a fourth is in hospital in a critical condition, allegedly after being accused of witchcraft…

I confessed to being a “witch” to save my life
Ghana Web
One of the 17 women who was subjected to severe torture by the spiritualist at Kafaba, Hajia Felina, for allegedly being a “witch”, has narrated her ordeal…

Attack and lynching of alleged ‘witches’ must stop
Ghana Web
“It is abhorrent for human beings to subject a fellow human being to such cruelty on a mere suspicion of witchcraft in this time and age.”

Akua Denteh: Last ‘Witch’ To Be Murdered In Ghana?
Sahara Reporters
Like Akua Denteh, victims of ‘witchcraft’ allegations are usually elderly women who live in remote villages. They do not know where the police stations are located or cannot afford to go and lodge complaints even if they do…

India: Covid fears fuel witch-hunt
Times of India
In Andhra Pradesh, every year 12 to 16 people are killed on a suspicion of practising ‘witchcraft’… 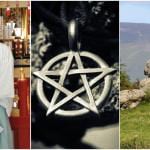